Can these startups save the Honey Bee? 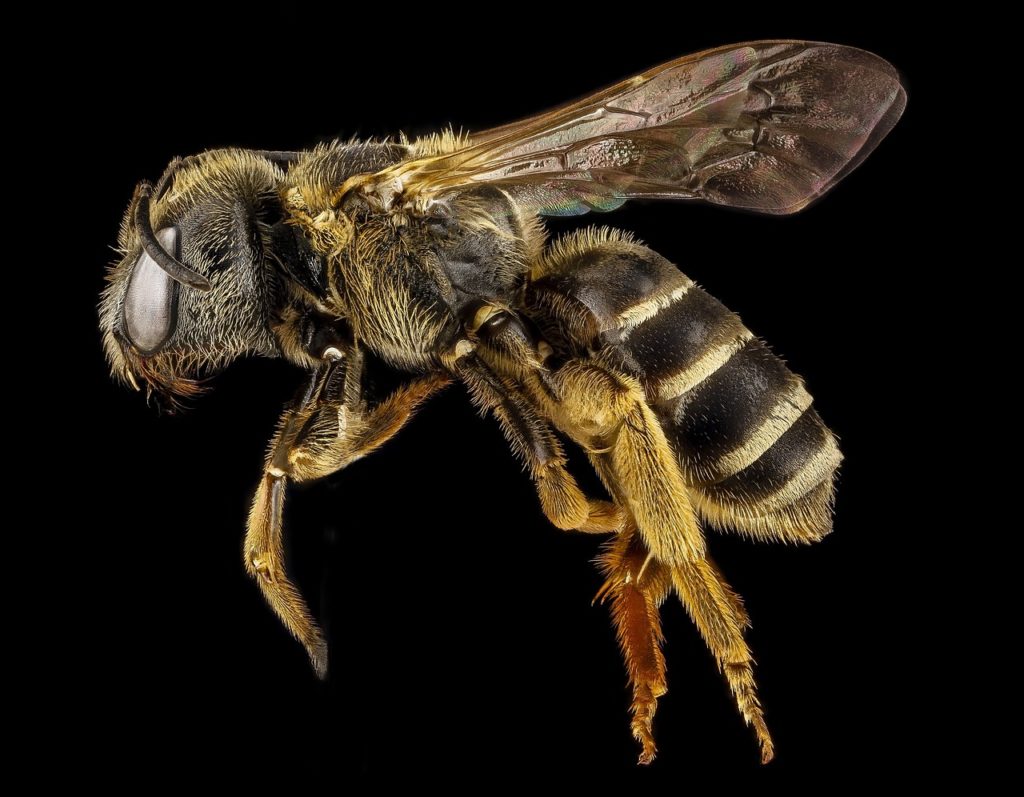 There has rarely been an animal creating as much buzz in Europe as the honey bee: The unsung hero of our global food production has suddenly become the centrepiece of an intense battle between global corporations, activists, beekeepers and EU policymakers. Now startups are entering the scene with their ideas and inventions on how to save the honey bee: What is their potential?

November has been a busy month for startups and investors focussing on bees: Startup Macedonian honey was awarded the StartupEurope Awards in the ‘Climate’ category. The startup wants to “save, educate and produce” – by “listening to the bees and answer their needs”, says co-founder Ognjen Fidanoski in our interview.

A deep passion for bees led him and his wife Elena to quit their tech jobs in 2015 to transform beekeeping from hobby to business. Their hives are placed on the windy heights of 1100 altitude in the mountain ranges of south-west Macedonia, an area where the old villages have been abandoned in the modern times. From these rugged mountains comes not only natural honey and innovative beekeeping equipment, but importantly also international platforms to improve the sector: The startups invites guests from all over the world in their International Bee Station (IBS) along with a ‘chemical-free’ beekeeping school, online education and a distance learning centre.

Over in the Western end of the EU and a couple of altitude meters lower, ApisProtect, a startup that uses the Internet of Things (IoT) technology to monitor beehives and keep colonies healthy announced last week that it successfully raised a $1.8 million seed round.  Through a series of sensors placed in beehives, important factors like humidity, temperature or sound are recorded. Analyzing the data with a technology building on machine learning, it allows to check the health of the queen bee and give pest alerts. The passion for better management of bee hives has already created ample media attention, and the latest funding follows previous awards from Google, IBM, the Irish Research Council and the Irish Laboratory Awards.

Colony collapse disorder: Why bees are in danger

“If the bee disappeared off the face of the Earth, man would only have four years left to live“. Whether Albert Einstein, who the quote is commonly attributed to, actually stated this placative warning or not: It summarizes the public concern shared by many on the prospects of the tiny furry insects.

While the scientific reality is a bit more complicated, there are some statistics that are yet alarming citizens across Europe. In the UK, one-third of the bee population has disappeared over the past ten years. In Germany, scientists expect that a third of the around 600 types of wild bees will be extinct in the next 25 years if the current agricultural system is not drastically changed.

“Bee health remains of paramount importance for me since it concerns biodiversity, food production and the environment“, explained Vytenis Andriukaitis, European Commissioner for Health and Food Safety.

He was speaking on the occasion of the EU-wide ban the outdoor use of three types of neonicotinoids, the most widely used insecticides, due to the serious threat they pose to bee populations. The decision was made this year after a scientific study by EFSA – and months of fierce campaigning from environmental activists on the one side, and agro-pharma companies on the other side. “This is a major victory and opens the way to a new era of more sustainable farming”, celebrated the activist platform Avaaz, whose petition reached more than five million signatures.

While many celebrated the EU decision as a clear victory for bee conservation, scientists warn that there are many more factors that endanger bees. Pesticides are far from the only factor, but arguably the easiest to outlaw.

Rapidly dying bee colonies, dubbed Colony Collapse Disorder, is not a single illness but rather a symptom of many threats that bees face from human (over)development. According to different studies, bees are threatened by the rise of monocultures in agriculture,  land development and electromagnetic pollution, as well as erratic weather patterns brought on by a changing climate. Equally feared among beekeepers and conservationists is Varroa destructor, a mite that first entered Europe in the 1970s and has since then repeatedly made responsible for created epidemic collapses of entire colonies.

For the bee expert Ognjen Fidanoski from Macedonian Honey, all factors link back to one root cause: Human (over)development. Bees and other insects have survived and evolved their complex immune systems over millions of years, he points out. “It is not logical that they would now suddenly die out now due to diseases and natural parasites. This suggests another factor – a ‘man-made’ factor.”

“Heading towards disaster”: To bee or not to bee

“We are heading towards disaster”, concludes Ognjen Fidanoski from Macedonian Honey his grim outlook. “Biodiversity is not just a matter for specialists who explore and study it; it is essentially our means of survival.”

A single bee colony can pollinate up to 300 million flowers each day. And flowers are much more than a beauty aspect of our environment. By pollinating about 80% of flowering plants, they are essential to a long list of crops that runs from potato over coffee to tomatoes.

Indeed, bee business is far more than honey business:  Between US$235 billion and US$577 billion worth of annual global food production relies on direct contributions by pollinators, estimates the UN Food and Agriculture Organization (FAO).

It almost comes as a surprise that apiculture, the cultivation of beehives, is still a largely small business and low-tech sector. According to the EU definition, around 95% of Europe’s beekeepers are not professional businesses, keeping approximately 60% of EU hives.

Startup innovation holds great potential to help preserve a species key for our food production, environment and climate. Yet it will not be easy to compete with the deep pockets that the R&D departments of global Agro-tech companies sport – nor to change the course of our international agricultural system evolving increasingly hostile to bees.

Ognjen Fidanoski likes to compare startups and corporations with small sailing boats and big vessels and warns about the Titanic-like arrogance of large ships thinking they can just navigate in the wrong direction without consequences.

“Creating innovations, trying to find the right direction and finding the right solutions to avoid the iceberg which sank the ‘Titanic’ – that is what the innovative start-ups are doing”, he says confidently. “21st century will be the century of start-ups.”