Disrupting the steak: A radical shift in European eating habits 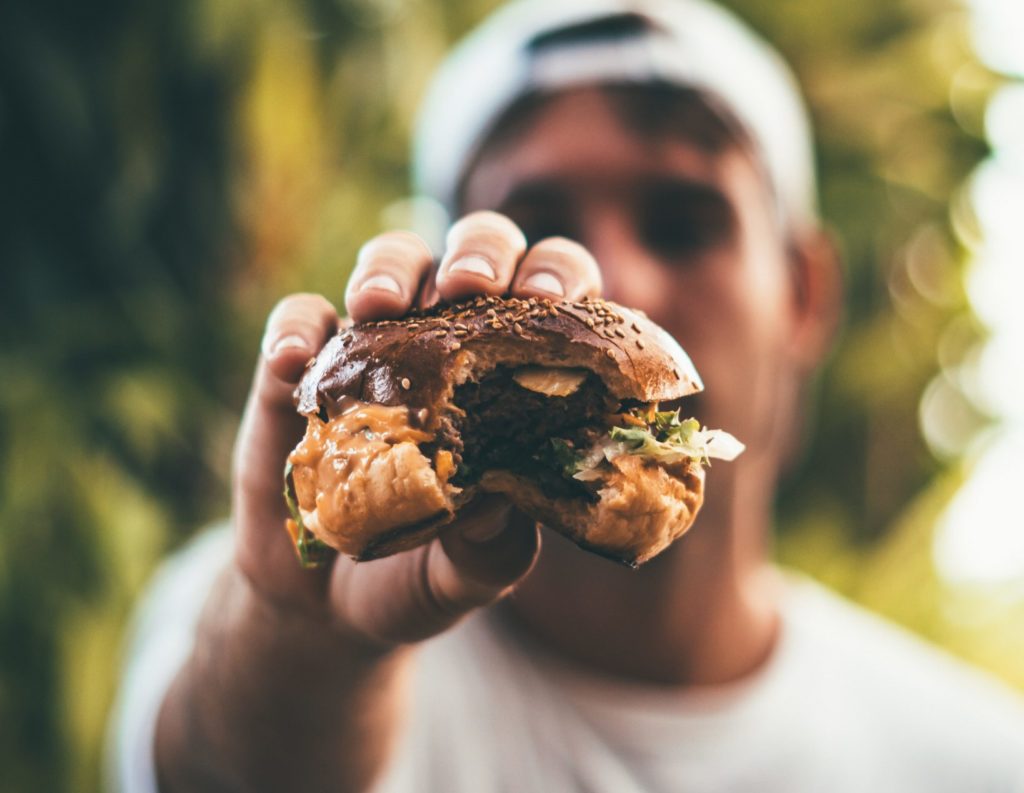 We talked with Europe’s chief promoter of innovations in the food sector, Head of EIT food Andy Zynga, about the future of our dinner plates.

It is no secret that our global food and agricultural system is not sustainable for the planet, neither for the people. In particular, the increase in meat consumption around the world, including Europe, is blamed for contaminating the groundwater and endangering the climate with greenhouse gases.

Furthermore, scientists blame our agri-food system for hunger and food insecurity on the other side of the world. A recent study from Lancaster University predicted that current crop production is enough to feed the world even as the population grows – but will require a radical shift in our eating habits.

In short, “something’s gotta give”, says Zynga. But changing what we eat is metaphorically speaking, a hard pill to swallow. On a continent famous for its diversity of cultures and traditions, our food plates remain one of the most bitterly defended territories of the European Union.

Juicy burgers, crispy bacon, spicy chorizo – Europeans love their meat dishes. It is not surprising if seeing a hot burger patty stacked in between melted cheese and freshly toasted buns makes most hungry Europeans fall into a type of serene tunnel vision.

If people find it hard to take steak off the menu, could the solution be to leave the animal out of the steak? In fact, food innovators in Europe seem to be working on this solution.

Plant-based proteins such as tofu, soy or lentil patties are by now pretty common across burger restaurants. But Mosameat, a startup born out of research at Maastricht University, tried the impossible: Finding a way to produce meat – without slaughtering a single animal. 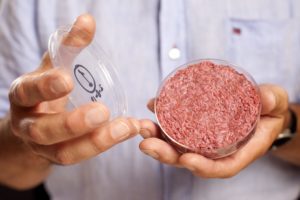 A burger patty made from slaughter-free cultured Beef, developed by Professor Mark Post of Maastricht University in the Netherlands. Photo courtesy: David Parry/PA

Dubbed “cultured meat”, the innovation is effectively growing a patch of cells in the lab, rather than an entire cow or pig. The company already received investments including from Google co-founder Sergey Brin and is currently working on presenting the first scalable product to the market.

Alternative proteins that achieve the “same mouthfeel, same texture and flavour” will offer a great opportunity for disrupting our industry, believes Andy Zynga.

Tens of thousands of edible plants yet unexplored

But if we peak into a type of ‘Gartner’s hype cycle’ for future foods, we find not just alternative proteins, but really alternative forms of food, he adds.

“I learned that there are about 30.000 varieties of plants that are edible”, he explains to me our interview at the occasion of the Horasis Global Meeting. “But right now, only about 7000 of those are actually used.”  Moreover, as Professor Howard Shapiro pointed out in the panel discussion – there are only about 10 that make up the bulk of the market.”

In addition to researching new edible species, a big step would be to stop wasting the food that we are currently producing. In fact,  a staggering 30% of global food production is wasted, estimates the Food and Agriculture Organization of the United Nations (FAO). 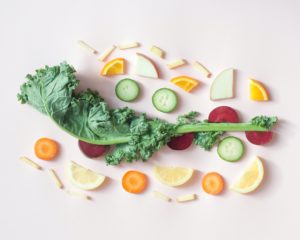 There are about 30.000 varieties of edible plants – but we only eat about 7.000, says Andy Zynga, head of EIT Food. Image courtesy: Dose Juice on Unsplash

Reducing Food waste is a key focus area of EIT. An example is a recent cooperation between Universities of the EIT network with the Belgium food retailer Colruyt. Launching a student competition, they searched for solutions to waste in the three food streams most affected: Bananas, bread and potatoes.

“For example, if one or two bananas are bad in a box, the entire box is thrown out”, explains Zynga. The winning proposal from students of the University of Bornheim in Germany was to instead turn these into banana cereal: “A formulation that is very sellable – tastes good, looks good”, he adds with excitement.

Small innovations like these are certainly positive developments. But is this going to be enough to push a large-scale systematic change?

What is the European Union doing?

When we think of Europe, most people may think of Schengen or the Euro. In financial terms, however, the European Union is overwhelmingly an Agricultural Union.

2020 will see the reform of the Common Agricultural Policy of the EU, which is with almost 40% or about 365 billion Euros still the largest chunk of the common budget. 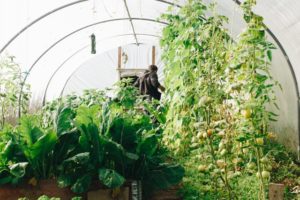 The EU Common Agricultural Policy (CAP) is with almost 40% the biggest single position of the EU common budget – but not without controversy. Image courtesy: João Jesus from Pexels.

The CAP itself is heavily contested. Especially farmers from Eastern Europe as well as nature conservationists have been taking it to the street ahead of the planned reforms.

A recent report by the German Green Party’s Heinrich Böll Foundation, the NABU (nature and biodiversity conservation union) and the Le Monde Diplomatique from France attacked particularly the direct farmer subsidies. These subsidies  are currently amounting to almost three-quarters of total  CAP budget. As 80% of direct subsidies are directed to 20% of beneficiaries, the report found these subsidies “inefficient, ineffective and unfair.”

Against this background, what are the prospects of EIT Food’s mission?

“EIT Food is a non-profit that was set up to address the challenges that the food system has in Europe and globally”, explains Andy Zynga.  Food is one of several “innovation communities” that the EIT, the European Institute of Innovation and Technology, supports. The organization invests grants into what Zynga calls “knowledge triangle” projects. “All our projects usually involve a corporate plus a startup plus a university, from maybe two different regions”.

With this approach, the European Union tries to spur development sector that has been rather sluggish in the uptake of innovation and technology. And one has to notice that the overall endowment of the EIT – across all “innovation communities” – made up only 3 billion Euros, or less than 1% of total CAP budget.

The organization is still optimistic and points out that the EU has earmarked 10 billion Euros to be allocated to Food R&I under its Horizon Europe facility.

“This is a positive development and reflects the urgent need for adaptation efforts to address Europe’s economic and societal challenges around food”, said a spokesperson from EIT Food.

Apart from policy-makers, changing eating culture will be a big challenge ahead. From the ‘traditional’ cuisine to the cavemen-marketed ‘paleo diet’, many people believe that there is some sort of ‘natural’ way for humans to eat. However, this is a great oversimplification. 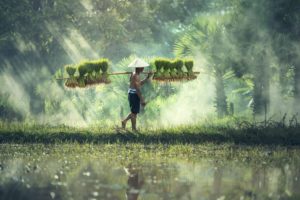 “There is no one ideal human diet”, say anthropologists about the evolution of food habits. Image courtesy: Pixabay.

“There is no one ideal human diet”, argues a recent report from the National Geographic magazine that traces the evolution of human food across cultures and back to the early homo sapiens. Quoting the anthropologist researchers Leslie Aiello and William Leonard, the reports offer a different conclusion.

“The real hallmark of being human isn’t our taste for meat but our ability to adapt to many habitats—and to be able to combine many different foods to create many healthy diets.”

“The real hallmark of being human (is to) combine many different foods to create many healthy diets.”

In other words: The only tradition that humans can look back on is that we have evolved as food innovators. And in a country as rich in culinary cultures as Europe, this will certainly be an exciting sector to watch.