Generation Alpha: Four Predictions on the children of Millennials 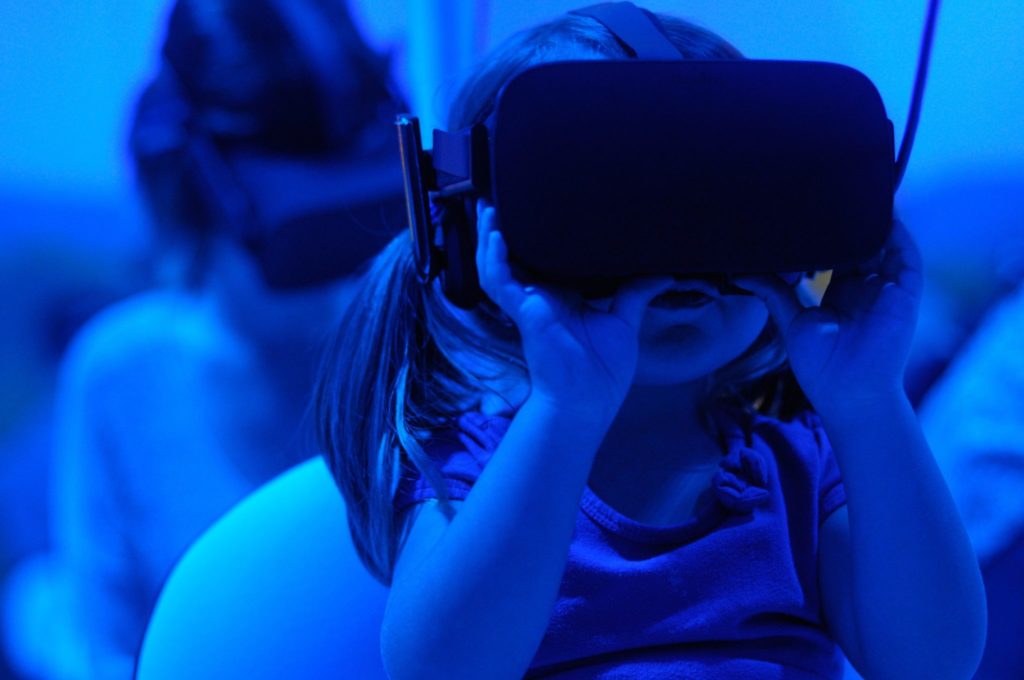 Yet to be old enough to have their own say however is the Alpha Generation whose oldest members are now around eight-years-old and youngest are yet to exist.

Identified as being born between the years 2010 and 2025 and also dubbed the iGeneration, this new generation is the offspring of millennials, the first to be born completely in the 21st century and anticipated to be the most tech-able. The eldest, after all, share the same birth year as Instagram. According to one article, the voices of Siri and Alexa will be commonplace sounds and as technology develops, their fast adaptation to working alongside AI is also probable.

As a millennial myself I wonder at what (if any) stage technology becomes so advanced that even my generation, like that of my parents before me, will refuse to understand it.

At the same time, concerns about the environment and personal well-being are also on the rise. New structures in working life mean some people enjoy a four-day working week and having connections all over the world through social media is commonplace. As we move ever further into the realms of automation and artificial intelligence, it appears more important to remain connected to being.

As ever, it’s a pivotal time for technology and humanity. So what are the predictions that face the children of today and their impact upon the world?

1. Advanced technology in every aspect of life

According to a study published in The Independent, a quarter of children under the age of six already have their own smartphone. Whereas the use of technology from an early age varies across countries, with children in the US being more likely to own smartphones and a pay plan than in Europe, many youngsters celebrate technology’s benefits and that is unlikely to change.

In order to keep up with the Alpha Generation, tech capability is also something that companies and organisations around the world also must adapt to. UNICEF, for example, has recently invested in blockchain and AI technology as the organisation looks to further innovative ways to connect with our youngest generations. 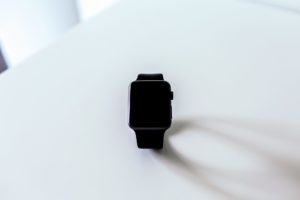 Smart devices will be embedded into the everyday lives of the Alpha Generation and, in fact, frame how we think. Image courtesy: Tom Pumford on Unsplash

Smart devices will be embedded into the everyday lives of the Alpha Generation and, in fact, frame how we think. Although there are many criticisms of how technology could affect the future, an in-depth study titled Understanding Generation Alpha explains that interaction with technology could enhance cognitive thinking and allow for more specialised brains.

Born into a technology enhanced life, wearable technology which is already being propagated by millennials are believed to also carry on trending among their children from watches to health monitoring.

There are estimations that some 73 million jobs will be lost to automation before the end of the next decade. These concerns stretch across the globe, from Eastern Europe’s fourth industrial revolution to the 1 million robots already in use across Asia, there is a question mark above manual labour jobs and positions that require repetitive actions.

Such fear mongering –  the prospect of unemployment and being replaced by robots – might however not be too much of a concern for the Alpha Generation.

Others have quickly noted that automation of the ‘boring parts’ of a job will lead to the creation of new emotionally-charged, irrational thought positions that machines simply don’t have the capacity to do. According to the World Economic Forum, a further 133 million jobs could be created as a result of automation and AI. New positions for data analysts and machine learning experts might be somewhere at the top of the list among roles that encourage emotional or irrational thought.

Based on predictions from WGSN, the Alpha Generation will be long accustomed to the support of robots and AI before they are old enough to enter the workplace. Once in this tech dominant workspace, however, leisure time will be valued as equally important to the development of work.

As technology, and medicine advances, longer lives and more frequent career changes will define future generations, and with that more free time for unusual tasks and experiences.

With automation becoming a growing threat towards the job market, it will be increasingly important for Gen Alpha to tap into the qualities that make humans special. 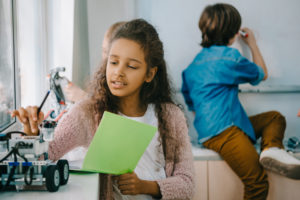 With automation becoming a growing threat towards the job market, it will be increasingly important for Gen Alpha to tap into the qualities that make humans special. Image courtesy: Depositphotos.

In order to enter this new work scenario prepared, schooling is also anticipated to change.

According to Professor of Global Economy, Joe Nellis, ‘‘formal education may well become focused on delivering tools for how to learn, a structure for reaching new heights of knowledge.’’ Allowing students to foster stronger ‘soft’ skills that might dominate employment, irrational and creative decisions should be developed throughout education.

It might be likely that schools such as the Waldorf School of the Peninsula, nestled close to Silicon Valley and where tech specialists send their children for almost US$40,000 a year, become more popular. Known for teaching methods that do not use technology, the offspring of Google, Apple and eBay employees can be found using chalk and a blackboard, making go-karts and cooking rather than interactive smart screens.

4. Mental health awareness and well-being from an early age

‘‘Mindfulness, meditation and other practices based on well-being are recognised as essential to survival in the digital world,’’ in the Generation Alpha future according to WGSN.

Rather than finding time to practice yoga, well-being will be ingrained further into the lives of the Alpha Generation and it is likely to be an integral part of the daily routine. Encouraged in the classrooms of tomorrow, where children could choose their own curriculum, the question remains whether instead of encouraging our offspring to finish their homework, we’ll actually be ordering them to finish their meditation.

Generation Alpha will be privy to new methods of education as well as critical and creative thinking. They will remain the ones to watch as many traditional methods used to break through to the younger generations might have met their match.