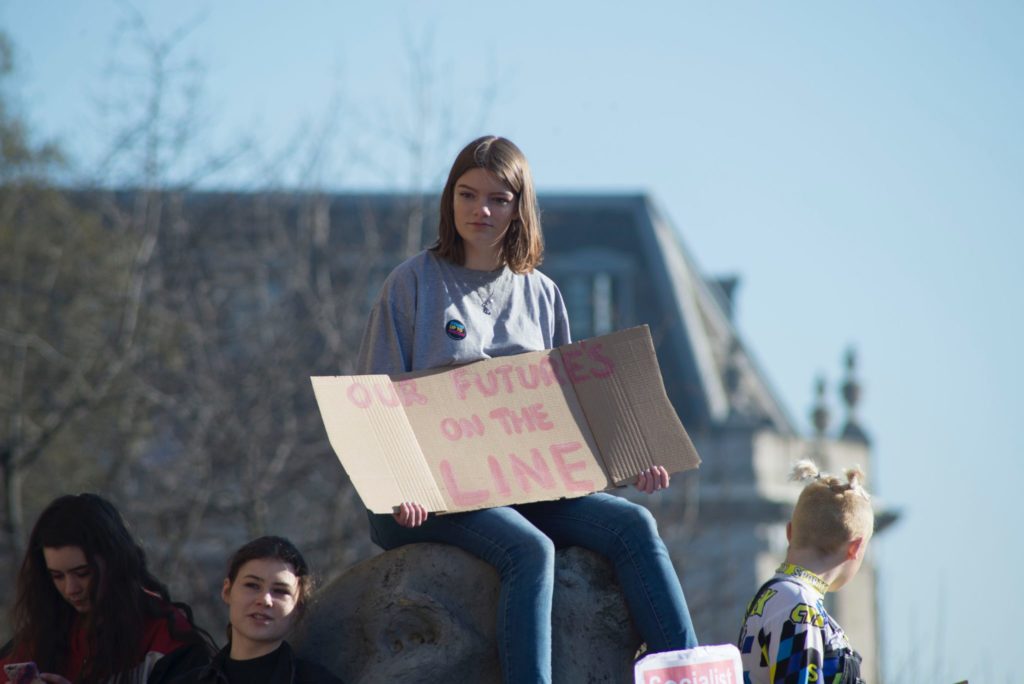 From ditching school for climate change protests to new apps to make their lives better:  Europe’s Youth wants to take their lives into their own hands. We need to promote technology and innovation to empower young people, says Afshan Khan, UNICEF Regional Director for Europe and Central Asia (ECA) in our interview at the Horasis Global Meeting. 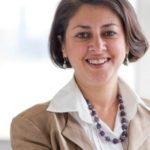 UNICEF investing in blockchain, AI and open innovation? When we think of the prime global institutions geared to protect the rights of children, this interest in technology may surprise at first.

At the same time, however, the public voice of the young are growing louder, and technology and innovations are playing a key part in it. Since 16-year old Greta Thunberg kicked off the “Friday for Future” movement last year, students from 100 countries are now skipping school to take it to the streets against climate change. The youngest generation is demanding attention from everyone up to political leaders across Europe.

“Here we see some incredibly powerful advocates who approach the issues with audacity and integrity that young people can bring to the global conversation”, says Afshan Khan, Regional Director for Europe and Central Asia, when I ask her about the climate protests. She adds that UNICEF has a strong focus on promoting youth participation – with the help of technology.

UNICEF’s cornerstone of making young voices heard is “U-Reports”, a digital messaging network that connects to 6 million young people worldwide. It is powered by RapidPro, an open-source system for real-time data input of sms or social media. In essence, it allows for the mass communication with millions of young voices.

Polls run from the local to the global. In January, demands were presented to global leaders at the World Economic Forum in Davos based on an online poll of 10,000 young people from over 160 countries. When the migration crisis hit Europe’s shores, U-Reporters in Italy could help to swiftly collect data on minors among the migrants, and share them for example with Palermo’s Ombudsman for Children and Adolescents.

“Young people should feel that they are part of the narrative of their country”, says Afshan Khan. In cooperation with Eurochild, UNICEF is currently undertaking a survey titled “Europe Kids Want” to collect the views on family and school life, as well as Europe as a whole, from thousands of respondents. The results will be presented to EU representatives in May, she adds.

But technology is not only a way to connect with the youngest generations on political issues.

Children and teens growing up in the digital age have unprecedented access to information, apps and technology to support every aspect of their lives. Yet often these are designed for them, instead of with them.

Designing with, not for the youth

Back in 2014, UNICEF started the UPSHIFT project, a series of collaborative workshops on the principles of ‘human-centered design’. The idea? Developing youth solutions by bringing young people in from the start. “We need to treat adolescents as experts of their own lives. They are the ones who can best identify what their needs are”, explains Khan. 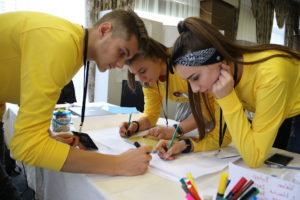 “We need to treat adolescents as experts of their own lives. They are the ones who can best identify what their needs are”. Image courtesy: UNICEF/LisarMorina 2018

Solutions can tackle local problems up to the universal struggles of growing up – such as sex education. In one of the first UPSHIFT workshops pioneered in Kosovo, a focus was on better information in Albanian language.  “They [the students] told us continuously about their teachers’ practices of avoiding book chapters that deal with sexual education”, explained entrepreneur Eurisa Rukovci to the local press.

She and her team realized that to combat issues such as sexual violence and teenage pregnancies, better sex education available in local languages was urgently needed. Through the methodology of the UPSHIFT project, this culminated in the app “SHNET”. Meaning “health” in Albanian, the app is the first Albanian-language menstruation tracker and platform for thorough information from sexual health to anatomy.

From Kosovo, the UPSHIFT concept has spread out to 13 countries around the globe. In 2018 alone UPSHIFT and associated programs have reached more than 400,000 young people around the world to co-create their ideas and solutions, says UNICEF.

Online means “less prone to the lottery of birth”

Over 50% of young people use the internet – in many countries, much more than older generations. For UNICEF Regional Director Afshan Khan, this is a huge asset. “Children being online means their having access to information and opportunities to network, as well as being less prone to the lottery of birth.”

Technology for children is not without controversy. Parents, educators, and policy-makers in Europe are often restricting rather than promoting technology for the ones who are underage.  Stereotypes evoke teens glued to their smartphones, their attention span limited to hectic swipes, Snapchatting or Instagramming their lives. In short, a distraction from the important lessons out in the real world.

However, as the internet is changing the “level-playing field for information”, as Khan terms it, we need to shift our idea of what skills will be required of kids in the future. The future of classrooms? As more and more knowledge becomes freely available, teachers are losing their roles as gatekeepers of knowledge. Instead, they need to focus on a facilitating role, helping kids how to navigate and interact with the global body of digital information. 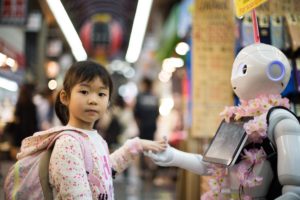 As the internet is changing the “level-playing field for information”, we need to shift our idea of what skills will be required of kids in the future. Image courtesy: Andy Kelly on Unsplash

These competencies will be key in preparing children for the future job market, too. “Training young people for future jobs has to be in step with the ever-changing picture of what the 4th Industrial Revolution will look like”, says Khan. Indeed, almost two thirds (65%) of children entering primary schools today will end up in a job that doesn’t yet exist, estimates a recent report by the World Economic Forum.

“There are 1.8 billion young people between the ages of 10 and 24 today – the world’s largest-ever group of young people”, recalled UNICEF Executive Director Henrietta Fore at the recent World Economic Forum.  They are looking into a paradox future: Rapid human development is threatening our lives through climate change and destruction of ecosystems.  Yet the technological advances that it is bringing about could potentially save and enrich lives globally.

Of course, the future of our global society is famously impossible to predict. Yet these almost two billion voices and minds are the most important resource that allows to shape it today.