Will we be able to print organs in the future? 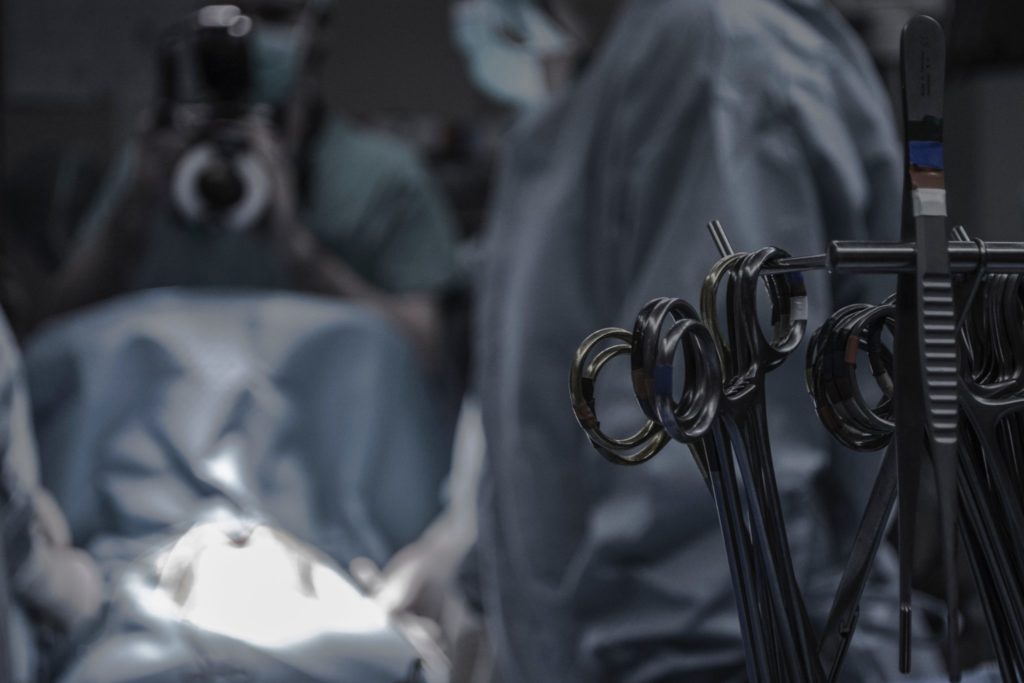 At the end of 2017, there were over 60 thousand people waiting for organ transplants within the European Union. Yet, just 16% of EU residents had agreed to donate their organs after death.

Shortages in organ donation is a trend that continues to run worldwide, with one US organisation explaining that as many as 20 people die each day in the country whilst on the waiting list for organ donors.  As a result, the question of opt-out organ donation has circulated around decision-making bodies, with Germany becoming the latest country to push for everyone to become an organ donor unless they object.

According to the proposal currently being debated by the government, relatives would also reportedly be able to opt out on behalf of donors and there would also be restrictions for people with mental disabilities.

His proposal is almost certain to face criticism, yet even if passed into law the European Union would still possess major shortages in organ donors despite increased efforts to change this.

Technology for the ticker

An alternative solution to the life-threatening organ shortage could be found in biotech innovations. No longer are scientists just growing cells on sheets, but it is now possible to create cells in three-dimensional form, known as organoids.

In layman’s terms, it could be possible to print 3D organ tissue that can mimic the abilities and process of real organs from beating hearts to breathing lungs.

“Print 3D organ tissue that can mimic the abilities and process … from beating hearts to breathing lungs.”

It’s something that is being developed particularly in Israel, where a group of scientists recently celebrated the first ever successful printing of a miniature 3D heart. According to the Smithsonian, the specialists used an ‘ink’ made from a mixture of cells and biomaterials which was then moulded into a 3D form including blood vessels, chambers and ventricles.

‘‘This is a major breakthrough and great news for world medicine,’’ explained Israel’s Foreign Ministry spokesman Emmanuel Nahshon‏ on Twitter. 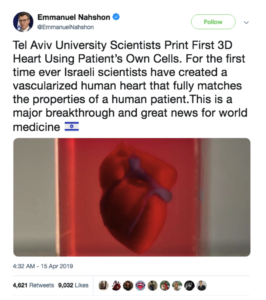 It is the first structure of its kind to involve blood vessels, yet the heart cannot function until it is matured in a bioreactor that will hopefully make the structure contract like a real heart.

Although the size of a rabbit’s heart, it signals a landmark move in biotech that could eventually lead to the production of full-sized organs that are used for transplants.

A question of scale

The obvious caveat with Israel’s breakthrough heart could be its miniature size.

Currently, bioprinting faces considerable hurdles with scaling and also time frames for creation. The process is also difficult for living cells to always survive. From there, storing the newly built organ and then transporting it from the lab are also questions that would need to be assessed before such a process ever comes into mainstream fruition.

Scientists in Berkley have come up with a solution to these questions through a process known as parallelization. According to New Atlas, the team are able to print a number of two-dimensional layers of tissue which are then stacked on top of each other to form the final organ. The process could effectively optimise the creation and reduce the amount of cell death.

Swedish startup Cellink offers a printing method which is now being used in 48 countries around the globe. The company can print organ tissue which can then be used for testing in sectors such as pharmaceuticals to cosmetics.

That, however, is still some way off from creating organs that can be then transferred to a living being.

The reality is that as well as Cellink there many biotech companies currently developing solutions that could eventually revolutionise the world’s medicine.

Though some breakthroughs are certainly taking place, the reality is that such technology is feasible but requires more time to actually come into actual functioning fruition.

The implications of 3D bioprinting has the potential to be huge. However, it is still a far cry from replacing organ donation nor should citizens be deterred from donating in the belief that 3D printing will soon come into play. Scientific breakthroughs of this type have a number of ethical implications and developments that need much more time.

Alongside the development of technology it will remain the role of governments, such as is the case in Germany at the moment, to promote organ donation. Many will not be able to wait for technology to catch up.