Amidst reports of gene editing “kitchen experiments”, EU regulators are struggling to safeguard the new developments 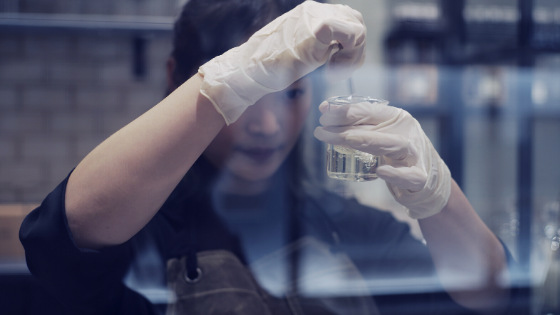 A, C, G, T: The fundamental code that programmes the human body is a combination of these four letters, representing the four nucleobases that make up our DNA. These four bases, stretching out to about 3 billion pairs in just one cell, determine our bodies to the detail – from eye color to hereditary diseases.

What if the DNA code was as easy to change as the 1’s and 0’s that run through the silicone cells of computer technologies? These hopes have been fuelled by a breakthrough in biotechnology research that developed a targeted gene-editing process, known as Crispr–Cas9 or simply “Crispr”.

Just like Silicon Valley often traces back to the homes and garages of geeky amateurs, a new scene of do-it-yourself technologists are set to tackle the next big kitchen project. Armed with Crispr home kits, these people aim to “biohack” the human genome.

Hopes for “Crispr” with unclear risks

Crispr-Cas9 is probably the most revolutionary gene-editing innovation in recent years. Gene editing refers to technologies that allow genetic material to be “added, removed, or altered at particular locations in the genome”.

The full name ‘clustered regularly interspaced short palindromic repeats and CRISPR-associated protein 9’ may already forebode that Crispr-Cas9 is an extremely complex process. However, in broadest terms, Crispr can be thought of as “DNA-Scissors” that allow scientists to cut out specific parts of the DNA code and replace it with a different combination.

Despite the scissors allegory, performing a Crispr gene edit goes far and above micro-surgery on the body. For example, according to the Max Planck Institute, the common form to apply the gene editing is “ex vivo”, meaning to take out embryonic stem cells out of the human body and re-implant them after the procedure. “In vivo” procedures are much more difficult than injecting a shot of a crispr cocktail under the skin. They involve techniques like using viruses or liposomes as messengers to try to make the crispr “scissors” reach the target destination.

Yet there is still no full control about where on the billion-base string Crispr will exactly hit, leading to a risk of unintended gene alterations. Furthermore, Crispr remains active within the cell, raising questions about long-term effects.

If you expect that highly sophisticated biotech operations like gene editing would be confined to official research labs, you’d be wrong. In the US, there are already a number of private individuals playing around with Crispr – some without any professional or academic background in biology.

US citizen Rich Lee filmed himself injecting a Crispr-cocktail under his own skin. With the simple shot he aimed to block myostatin, the gene regulating muscle growth in the body. He claimed his inspiration came from scientific experiments performed on embryonic animals that successfully doubled later muscle growth.

Meanwhile, US dog breeder David Ishee tried to bioengineer a “glow-in-the-dark” dog by inserting DNA from glowing bioluminescent bacteria into puppies. Unsurprisingly, his attempt to use Crispr for lighting up dogs has been as unsuccessful as Lee’s quest to increase his muscle mass.

Both “biohackers” have stated to be interested in demonstrating the many applications of Crispr to a biotech industry that they perceive as too slow and too risk-averse.

Importantly, and in contrast to the US, European governments do not allow private individuals to experiment with gene-editing. This includes experiments that “only” involve bacteria or plants. Experimenting with gene editing outside of the controlled environment of professional laboratories carries profound risks for humans, even if performed on the likes of e.coli bacteria.

Professor Christiane Woopen from the Centre for Ethics, Rights, Economics and Social Sciences of Health at Germany’s University of Cologne, points to the risk of dangerous epidemics. Speaking to the EC-sponsored magazine Horizon, she warned that individuals could potentially “edit bacteria which are very infectious and cause disastrous disease”. The threat is “powerful tech in the wrong hands”, explained Woopen.

While the amateur research into genetics has remained much more restricted in Europe compared to the US, the broader phenomenon of “biohacking” groups is found on both sides of the Atlantic.

The term “biohackers” currently encompasses a diverse community of experts and amateurs, as well as scientists and artists. This group also includes curious individuals who want to delve into biological research on their own. Many believe in the idea of crowd science and share their experiments and results as open-source on the internet. For example, amateur biologists in Berlin are working on machines to automatically multiply genes, reports DW.

Experimenting with genetics is just one aspect of this diverse scene. Biohacking is closely related to “transhumanism”, the broader aspiration of augmenting the human body and mind through technological and scientific advancements.

To illustrate, the list of interests that a Berlin “Biohacking meetup” group published ranges from the innocent (“smoothies”) to the daring (“cryotherapy”, meaning to immerse yourself in near-freezing water). Likewise, “DNA, Exome, Genome Sequencing“ is listed among a range of health and lifestyle trends like “Paleo” diet, “mindfulness” or “protein cycling”.

Editing DNA not the same as drinking smoothies

Where to draw the ethical border of optimizing humans is still hotly debated. Is editing human genes to fight diseases and aging just the next logical step from, say, intermittent fasting and drinking saltwater like Twitter CEO Jack Dorsett?  Or is it any different than the biological “augmentation” of vaccinations, when we inject molecules of pathogens in the human bodies?

The reality is that gene editing opens a broad field of ethical and moral concerns that are not easily solved. Gene-editing the human body is still new ground for researchers, legislators, and society as a whole, and the world is far from seeing a consensus.

Case in point, when Chinese researchers claimed in 2018 to have performed gene editing on human embryos, researchers around the world joined the call for a global ban of Crispr experiments on human embryos. They feared that the Chinese twins were not only the world’s first gene-edited human babies, but represented a potential new generation of “designer babies”, created to the taste of their parents. Yet so far, the call for a global regime to regulate human gene editing has not been answered.

The dystopian side of “self-made gods”

Bestseller author Yuval Harari claims in his influential novel “Homo Deus” that the quest to optimize and augment the human body is the most influential project of humanity in the 21st century. The god-like homo deus Harari’s title alludes to could replace the homo sapiens as we know them.

Harari also warns of the massive impact transhumanism would have on society as a whole. It could lead to a profound inequality between those who cannot afford to bioengineer the perfect DNA, and the new class of “self-made gods”. And the latter, fusing humans with computers or programming life and consciousness, will mark the disappearance of the human species.

Without further delving into the dystopian world of the likes of Harari, biohacking the human genome urgently needs a critical debate and new rules. Meanwhile, people can soon see Chris Lee’s Crispr experiment in the Netflix series “Unnatural Selection” – maybe enjoyed with a green smoothie.