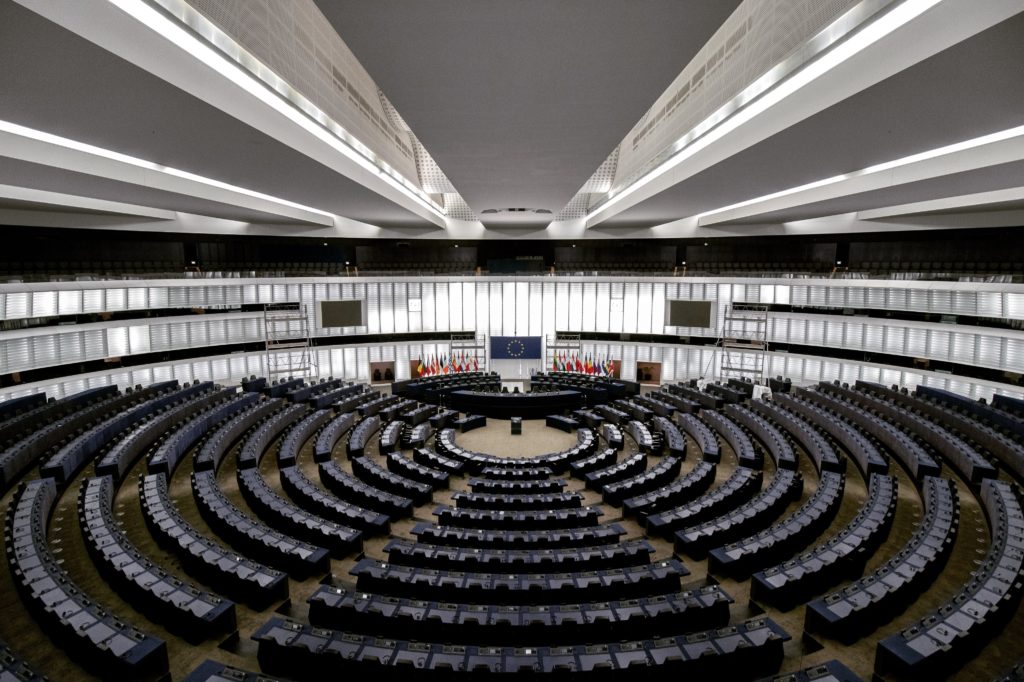 In just over three months, Europe is set to welcome in its new European Parliament after the people of the EU take to the ballot box in May 23-26.

In a continent currently dogged by political upheaval, from Brexit in the UK to the rise of nationalistic parties in places such as Hungary, Slovenia and Poland, the importance of casting a vote for your country’s EU representatives (known as MEPs) is more important than ever in defining the European Union’s image and standing on the global stage.

In three months, the citizens of Europe have the chance to decide how they want their country, and neighbouring states, to stand on issues as pivotal as climate change, immigration and trade as well as consumer rights and security protocol. Forbes also aptly highlighted yesterday that Russian hackers have allegedly been targeting think tanks and councils around the continent in the run-up to the EU elections, revealing even more what is at stake for the political balance of the region.

The way the process works allows for each country to choose their own election processes, as long as sticking to EU regulation of gender equality and voter anonymity. Population levels in a country will then determine how many seats each country will be allocated on the European court and members will then be grouped politically within the organisation, rather than by nationality.

The reality is, however, that throughout the last few decades there has been a steady decline in voter turnout for the European elections. In the last election that took place in 2014, for instance, turnout slumped to a dismal 42.6 percent. According to research by LSE this plays into the hands of eurosceptic representatives. Low public interest yet high awareness of the Union’s faults and criticisms could float to the idea of more Brexit-esque movements, the researchers warn.

Such concerns have led to the creation of avid campaigning which explains the importance of voting known as This Time I’m Voting, yet also concerns that if campaigning isn’t effective it could lead to devastating effects.

‘‘Populists succeed in creating passion among their electorate with the promise to reclaim political power for the people,’’  Nils Napierala from LSE argued in his study. ‘‘This must be answered with even more passionate appeals for pro-European visions.’’

The reality is that 705 people will be elected to represent Europeans until 2024. A lot is at stake yet it is unclear how informed citizens are about the decision they will be tasked with.  In order to understand the effects of the European Parliament a little better, here we take a look at four current issues of EU policy, startups and technology.

Changes to Europe’s copyright legislation has faced new hurdles in recent days, with voting amendments taking place that Business Live has explained ‘‘pitted traditional media against Silicon Valley.’’ Within the updated legislation, tech giants such as YouTube would be expected to automatically remove illegal content through the use of filters built into the platforms, whilst other much-contested ideas suggest what has been dubbed a ‘link tax’ which gives rights to the original owners of any linked work by the media.

In this vote, the opposition has been voiced by a number of states such as Poland, Luxembourg, Finland, Italy and the Netherlands, who then jointly released a statement highlighting concern about the amendments. A final vote is set to take place by the end of April.

On 13 December last year, MEPs voted on two reports which proposed an overarching tax system for digital services in across the European Union. It was a proposal inspired by ageing tax systems, which implied that new methods of doing business had evolved particularly through a technology and startup lense. With corporate taxation failing to factor many digital developments, it was down to the MEPs in the European Parliament to decide how to change this going forward.

According to the European Parliament press release, this would mean that member states can place a tax on the profits made by technology giants within the country, even if the business does not have a registered presence in the country.

“Taxes have to be paid where a company creates its value – irrespective of if it is a digital or a traditional enterprise,’’ said MEP for Poland, Dariusz Rosati in the press release. ‘‘The quarrels and mutual vetoes in the Council lead to the EU being unable to tackle this problem. The European Union should be a trendsetter, while also continuing to work on an international solution at OECD level. It is high time to act!”.

Probably the most well-known law fostered by the European Parliament in regards to technology was last year’s new data protection processes. Brought into fruition in May 2018, the legislation was a monumental ruling which shaped the way that personal data is shared within the European Union. Its significance was only amplified by the countless controversies which erupted last year regarding Facebook, Cambridge Analytica and the way that data has been used, shared with third parties and politically fuelled without the user’s knowledge.

According to the European Parliament website, it details that the legislation is ‘‘an essential step to strengthen individuals’ fundamental rights in the digital age and facilitate business by clarifying rules for companies and public bodies in the digital single market.’’ Member states were required to detail to the European Commission how they are carrying out the new laws to ensure the security of their residents.

There are a plethora of partnerships between governments and the startup world which mean for more funding opportunities – such as that through the European Investment Bank – to events and scaling opportunities.

The EUTOP50, is just one event which is backed by the European Commission, Startup Europe and the European Parliament and brings 50 of Europe’s leading innovators and entrepreneurs to a tech festival in Brussels. The aim of the movement is to connect tech communities with policymakers and funding, which will then see partnerships evolve which can truly benefit the growth and development of Europe.

So here we have it…

Although we’ve merely brushed the cusp of the workings that the European Parliament is involved with when it comes to tech and startups, one thing is clear.  Whether we like it or not, Brussels matters. The next steps?  Invest in a bit of research voting processes in your specific country, check out what candidates are up for election and understand what their positions are on major things that could ultimately affect your life – real and virtual.