TechHub Bucharest: Telling the community tales on a daily basis 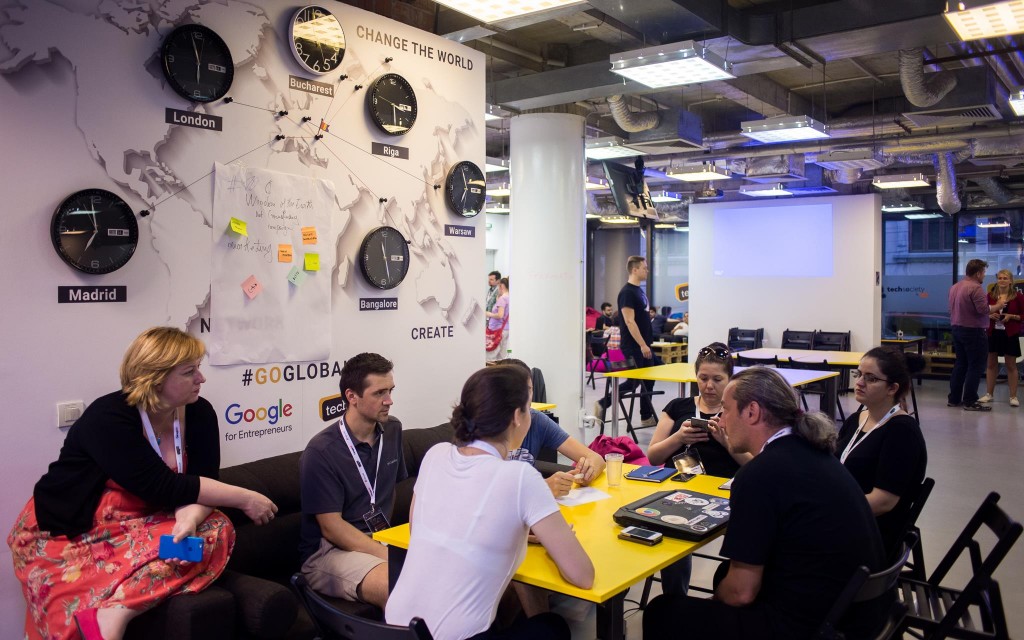 Over the past few months, we have been fortunate enough to explore and visit quite a few European tech communities. This one is a shout out for the tech community in Bucharest, gathered at TechHub Bucharest.

If you are an active tech professional it’s almost impossible to be the first time when you hear about this co-working space. Mostly because they organize lots of events for all the tech enthusiasts out there: TechSociety by King is THE program that helps all tech people out there organize their meetups for free at TechHub Bucharest. And the organizers receive not only the event space for free, but also communication and logistical support from an experienced team. This is why TechHub Bucharest is the place where lots of meetups are happening: on UX/UI, programming, startup-related topics, hackathons, agile and more. Add these to lots of private events organized by important tech companies.

Like innovation, community is one of those words hard to describe. It’s more like a state of mind. And you can definitely feel this among the 80+ residents at TechHub. The space at TechHub Bucharest is divided between permanent offices for resident members, co-working places, meeting rooms, and a dedicated event space that hosts tech & entrepreneurship events on a weekly basis. Besides having access to the working space, TechHub Bucharest members have access to the TechHub global network, as well as to the events organized by the online community.

If you ask Daniel, the co-founder & CEO of TechHub Bucharest, what drives him and his power team in this journey, he will tell you that despite slight differences, at the end of the day, they all want the same thing: to pursue their passions, to be part of something greater than themselves.

“We never take for granted the opportunity each day brings to serve our community. We’ve accomplished many great things together: in the first 6 months of this year we’ve hosted or organized over 160 events, we’ve announced new partnerships, we now have a resident team that has an entire floor and I think this is what proves that we’ve built a real community. It never gets easy, but it’s always rewarding.”, said Daniel.