How A CEE Startup Got To Work With Hyperloop 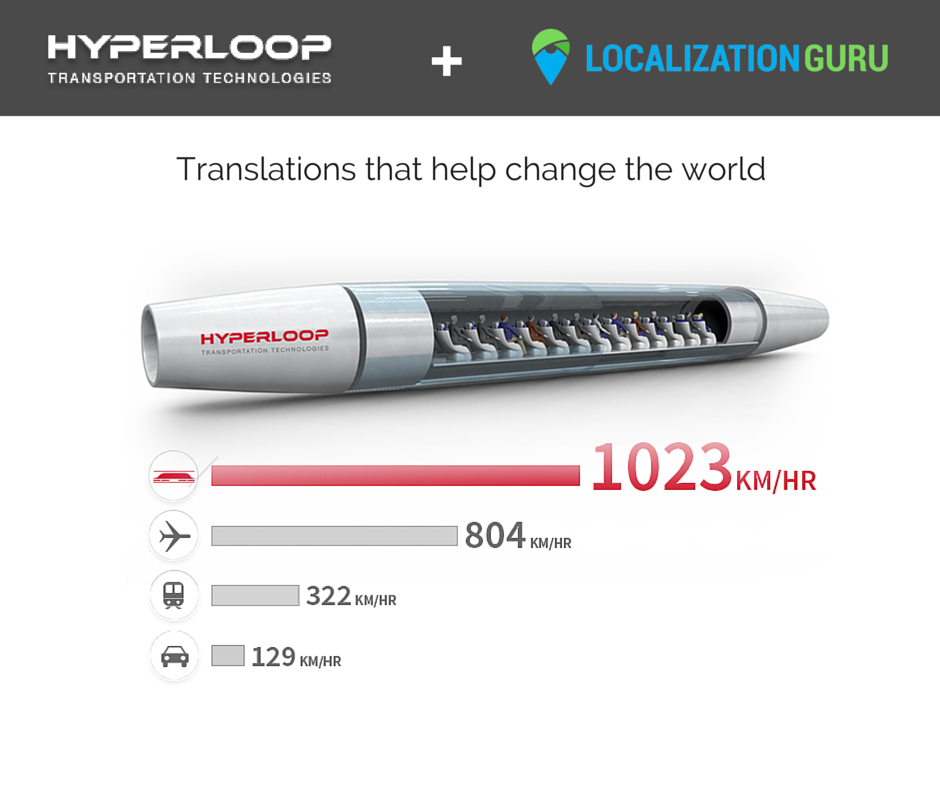 When the news about Hyperloop exploring the possibility of building a first track in Europe appeared, we were hoping to see local companies ending up working with them. Now we found out that Slovak startup Localization Guru, a modern full-stack translation agency focused on market niches, has signed an agreement with them.

We reached out to Pavel Svitek and Slavomìr Hruška, the co-founders of Localizaton Guru for an interview.

Adrian Pica: How did you start your company?
Localization Guru: We discovered that there’s a huge need for translation services that are focused on particular market niches. Usually, translation agencies work in a way, that they hire internal staff to translate major language pairs or they hire few external translators who are translating nearly every material. That means they translate everything from marketing or mobile app texts to legal contracts.

We work in a way that we pre-screen and hire translators for different market niches. In such a way, we are able to keep our customers really happy.

Also, the fact that half of the company is a technical team plays an important role in achieving our success. Nowadays, companies need a translation service which understands the technical aspects of the customer’s needs. We can process all those different file formats and you can even integrate your CRM / ERM / workflow software via API.

Currently, we work with companies from smaller funded startups to Fortune 500 companies like Johnson Controls or CBRE and hopefully, more are coming. Hyperloop HTT is only the tip of the iceberg.

AP: How did you get in touch with Hyperloop?
LG: I was able to get in touch with Dirk, the CEO of Hyperloop Transportation Technologies, when he was here for the first time in a closed-door meeting with our government discussing the possibility to create the first Hyperloop track in Europe between Vienna, Bratislava and Budapest.

Afterwards, there was a presentation for a small group of people where Dirk explained what they want to achieve in Slovakia and what help they are looking for. After having a quick chat with him, we signed a cooperation agreement in the following 2 weeks.

AP: What will you do for them? What and when are the deliverables?
LG: The first project we were assigned is the translation of their website for the CEE region which we delivered lately. On this website, they present the CEE efforts in local languages and also post updates about their progress.

For Hyperloop HTT, it’s an important part of the PR communication as executing such project needs a lot of approvals and support not only from the government officials but also from the general public.

AP: What does this mean for you as a company?
LG: We are thrilled to work with some of the smartest people in the world who are collaborating to help Hyperloop become a reality. If you consider the fact that a small team from Slovakia was able to partner-up with one of the most innovative companies in the world, it’s a huge motivation for our internal team as well as for many new people who approach us to be a part of this amazing journey.

Also, not only we showed that we are becoming a relevant player in the translation industry, but more importantly we also took this step to help the world progress to a better future. I may sounds like a cliche, but we also help Dirk to connect with more relevant people in Slovakia and the CEE region so they can progress with the project even more quickly and execute it.

If we are able to do it and the Hyperloop becomes a reality, I honestly think that many smart people will start moving to this region and it will place Slovakia, Austria and Hungary on a world map as early adopters of modern innovations.