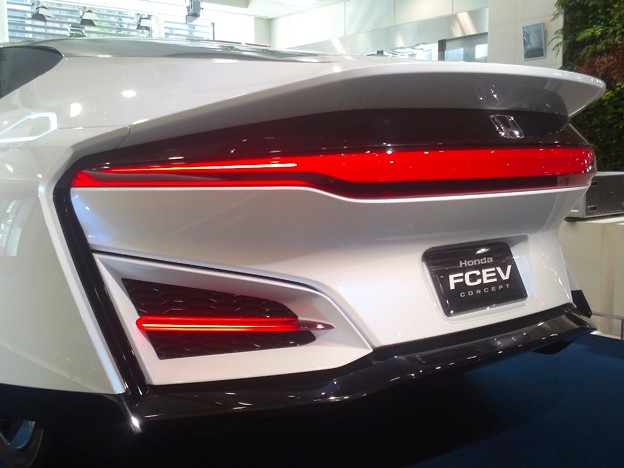 What could be a key milestone in the development of hydrogen fuel cell technology was announced last week by scientists at Lancaster University in the U.K.  The research team led by Professor David Antonelli has uncovered a new material which is now known as KMH-1 (Kubas Manganese Hydride-1).  The substance is derived from manganese hydride.

When it comes to a mobility use case, the Achilles heel of fuel cell electric vehicles (FCEV’s) up until now has been the complexity of such systems.  The system architecture between FCEV’s and battery electric vehicles (BEV’s) is very similar in principle.  The issue comes with the storage of hydrogen – this adds complexity and expense.

And it’s in overcoming that issue that this recent discovery may play a part.  KMH-1 would enable the design of hydrogen tanks to be significantly smaller than what has been made possible through existing hydrogen fuel cell technology.  On Lancaster University’s website, Antonelli stated:

“The cost of manufacturing our material is low, and the energy density it can store is so much higher than a lithium-ion battery, that we could see hydrogen fuel cell systems that cost five times less than lithium-ion batteries as well as providing a much longer range – potentially enabling journeys up to around four or five times longer between fill-ups.”

In recent times, the development of FCEV has been overshadowed by that of BEV.  The advent of Tesla and greater (albeit still modest) visibility of BEV’s on our roads has placed the focus on battery electric.  Tesla founder and CEO Elon Musk was pretty blunt in this assessment of technological competition from FCEV’s in an interview with Autocar in 2014:

However, between as yet unresolved issues with BEV technology and further development of FCEV more recently, it remains to be seen which technology will reign supreme in the final assessment.  Despite various approaches being taken, the range remains a major issue for battery electric cars.  By comparison, FCEV’s can easily achieve a range in excess of 500 kilometres.

Refuelling an FCEV doesn’t take any longer than it currently does with an internal combustion engine (ICE) based vehicle.  In contrast, a BEV takes a minimum of 20 minutes to recharge.  Manufacturers are developing batteries of ever-increasing capacity.  However, there is also a difference in terms of the longevity of a BEV based system as opposed to an FCEV based system.  Musk and Tesla are aiming to address this and plan on having a battery in production that has a capability of 1.6 million kms by 2020.  Whilst that helps make BEV technology considerably more viable, in many parts of the world the lifespan of a car can be considered in terms of miles and years accrued.

FCEV has both attributes and issues that remain unresolved.  On the one hand, hydrogen as a fuel source is plentiful.  However, to produce it is expensive and there is an argument to be made that such a process is far from environmentally friendly.  Whilst it would certainly contribute to a reduction in CO2 emissions, the burning of the fuel does implicate the release of poisonous gas in the form of nitrogen dioxide.  Hydrogen fuel cells are highly flammable and with that, there is a risk of an explosion which naturally has safety implications.

You could have been forgiven to think that fuel cell technology was dead and buried. With ambitious emissions targets having been put in place in recent years in Europe and elsewhere, many of the car manufacturers got behind BEV technology.  Manufacturers such as Toyota, Hyundai and Honda may not have been wayward in making a stronger pursuit of the development of fuel cell technology as opposed to battery electric.  Both technologies remain in development and it still remains to be seen as to which one will have the greatest impact in terms of replacing polluting ICE based vehicles.