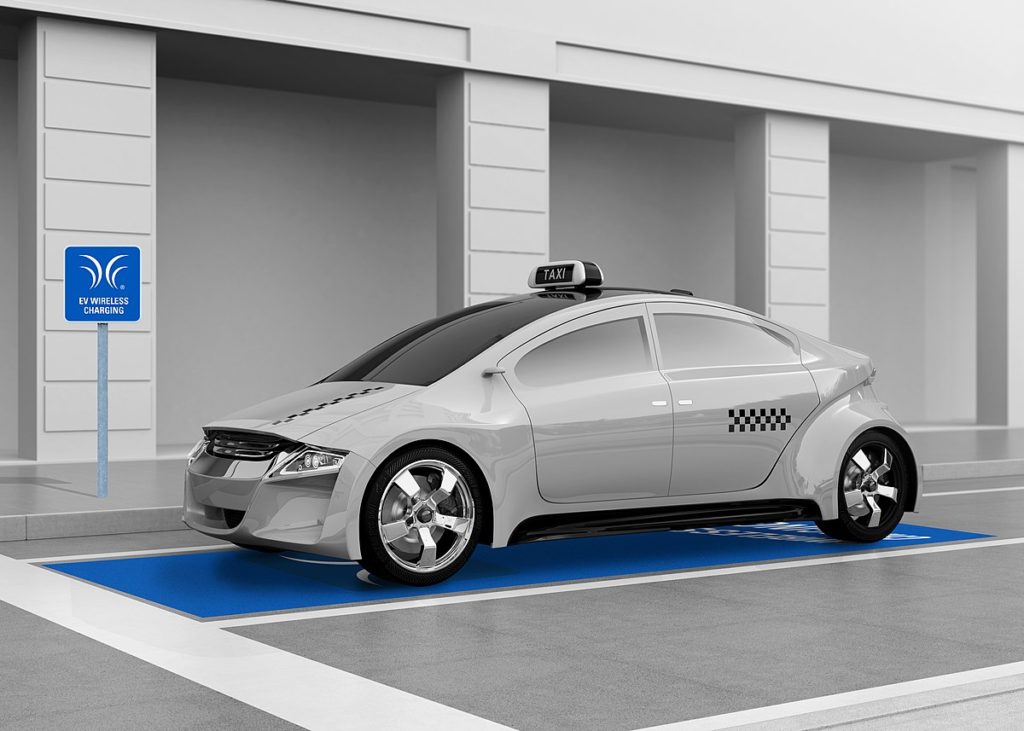 Electric Vehicles (EV’s) are making some headway in the car market.  With the advent of wireless charging, could this be the silver bullet for the switch to electric driving?

The ‘guess-o-meter’ tells me there’s just 20 KM of driving left in my electric car’s battery.  Three years of EV driving had taught me that it’s just an estimate and there’s likely to be much less driving time actually available.  If I’ve planned well, then I’ll make it to the next charging station (provided it’s not out of order). If not….

That was my experience with EV driving up until the end of 2017.  Since then, battery technology has improved somewhat but range anxiety still remains an issue.

Unless there is a breakthrough in battery technology, then uptake on EV mobility is likely to remain sluggish.  But could perhaps wireless charging offer a solution? In a press release published last Thursday, the Finnish energy company Fortum, in conjunction with U.S. wireless charging firm Momentum Dynamics, announced a project that will enable wireless charging of electric taxis in Oslo.

The project will involve the installation of wireless induction-based charging plates at taxi ranks.  During the time in which the taxis wait in the rank for a customer, their cars – equipped with a receiver – will recharge at a rate of 75kW.  This departure represents a world first for the commercial use of wireless fast charging infrastructure.

Annika Hoffner, Head of Fortum Charge & Drive stated that the wireless charging session will start automatically as taxis pull into the taxi rank.  As an added bonus, they won’t be emitting exhaust fumes as they wait – as conventional taxis would.

The project has the support and involvement of the City of Oslo also. Its Electro Mobility Manager, Sture Portvik, confirmed that from 2023 onwards, all taxis in the city will be zero emission.

What is Wireless Electric Car Charging?

Wireless charging takes a completely different approach.  Instead of the arms race towards larger capacity batteries and extended range, wireless charging tackles the problem from a different angle, taking consideration of range out of the equation entirely.  As the term suggests, wireless charging means the EV user no longer has to deal with cables in providing energy to the car.  Near-field methods such as induction and magnetic resonance are used.

How Does It Work?

There are two main types of wireless charging technologies – magnetic resonance and inductive charging.  With magnetic resonance, energy is taken from the grid and fed into a copper coil.  This coil is contained within a charging plate in the ground.  A non-radiating flux is utilized and a current is generated on the vehicle side with current transferred via a receiver with a corresponding copper coil.

On the other hand, induction-based systems achieve the power transfer with some subtle differences in terms of the arrangement of the coils.  With induction, an electromagnetic flux is formed and used to transfer the energy by way of inductive coupling to the battery of the car.

Through resonant charging, the car’s receiver may not need to be precisely over the charging plate to affect the energy transfer.  However, there is a trade-off in that induction is far more energy efficient comparatively.

Key manufacturers in the wireless EV charger market include ABB, Leviton, WiTricity, Convenient Power, Siemens, Delphi Automotive, Qualcomm and Bosch.   Whilst induction charging is being utilized in the Oslo taxi charging project, WiTricity is utilizing magnetic resonance technology.  The company have partnerships in place with nine car manufacturers.  BMW has already integrated the technology into its 5 Series iPerformance Hybrid cars.

The Global Switch to Electric Mobility

EV sales reached new heights in 2017 with a record sales milestone of one million vehicles.  It’s been a long time coming but it appears that electric cars are gaining some traction.  Notwithstanding that, the rate of adoption is not uniform, meaning that it is strongly influenced by the attitude and policy implementation in each jurisdiction.  Furthermore, there is still a long way to go before electrified mobility takes precedence over the oil-fueled incumbent.

Policies imposed in Norway appear to be working as just shy of half (49.14%) of its new car sales in 2018 were plug-in EV’s.  In fact, Nordic countries featured in the top five positions in terms of the highest market share for EV’s last year.

In the Norwegian capital, EV drivers don’t have to contend with congestion tolls, unlike their gas-guzzling counterparts.  Electric cars are exempt from the highest levels of duties that apply to motor tax and insurance. Public charging points had been free to use as an incentive albeit those charges have now been applied in recent weeks.

The Transformative EV Road Ahead

According to research carried out by McKinsey, there’s an expectation of 120 million EV’s being on the road in China, the European Union and the United States by 2030.  That will involve an increase in energy demand across these regions from 20 billion kilowatt-hours to 280 billion kilowatt hours.   In line with that expansion, adequate infrastructure will need to be put in place. It’s anticipated that Investment of $50 billion will be required to facilitate sufficient charging infrastructure.  As EV technologies stand today, its seems likely that wireless charging technology will play its part in that transformation.