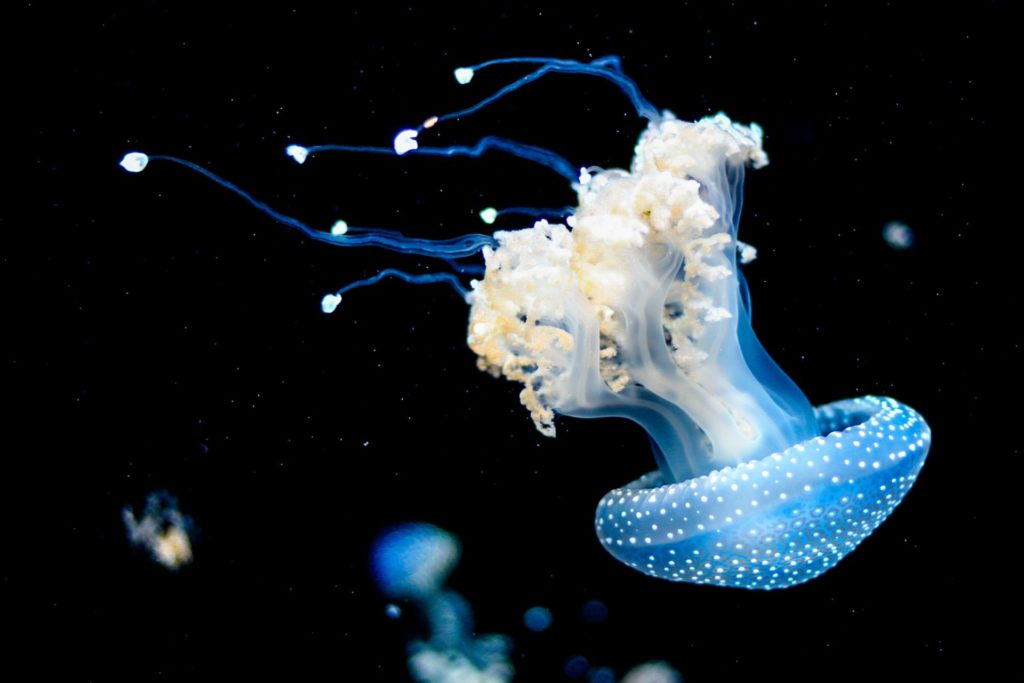 From the dim screen of a mobile phone to the illumination of an Olympic stadium, artificial lights are a hallmark of human technology. It is no coincidence that a light bulb symbolises a genius idea and innovation.

Still, lighting up the homes and cities of Europe has taken its toll on energy consumption. According to Eurostat, lights make up more than 14% of energy consumption in European households. The EU Science hub predicted that the total domestic lighting consumption will rise to 102 TWh by 2020.  To compare, the entire country of Norway consumed 117 TWh in 2014.

Not all lighting comes with a massive electricity bill. Some entrepreneurs have turned to nature to mimic the natural light some animals and fungi are able to produce through chemical reactions in their bodies: Bioluminescence.

While beach tourists may marvel at the occasional glow of bioluminescent waters at nighttime, the phenomena takes place regularly in the animal world. In fact, over three quarters of marine animals and many terrestrial species are capable of bioluminescence, including fireflies and phytoplankton. Other organisms use it in symbiosis, such as the famous deepwater anglerfish that swallows bioluminescent bacteria to light up and attract prey.

In contrast to fluorescence, bioluminescence does not require external lighting sources. The light is actively generated by internal chemical processes inside the organism. This  means that no energy is required or CO2 emitted above the organism’s regular physical metabolism. Could the bioluminescence produced by the likes of marine plankton be used for energy-efficient, sustainable light?

Since its founding in 2014, the company has managed to increase the lifespan of the bacteria – and thus the lights itself – from three days to a month. Meanwhile, Glowee showcased its technology by popping up a “Glowzen Room”, inviting visitors to relax under the dim turquoise lights, reminiscent of deep oceans. While Parisian laws are strict about keeping the nights dark, the startup was allowed to cast the French capital in a soft squid-powered glow with public light installations.

Saying the startup’s sustainable idea has been well-received by the national and international community would be an understatement. Founder Rey has been awarded a long list of honours, including French Tech Ambassador to the 2015 global climate conference COP21, as well as MIT Technology Review Innovator under 35. Meanwhile, the company managed to raise 600.000 EUR in crowdfunding and signed an agreement to test its technology in the French city of Rambouillet.

While the startup may be on a track to success, the entire industry of commercial bioluminescent lighting is in its infancy. Beyond Glowee, the industry landscape is no more than a scattering of online stores for DIY home sets for growing bioluminescent algae and early-stage R&D projects.

In nature, bioluminescence has evolved at least 40 times independently on land and sea. In business, there seem to be more obstacles for commercial startups.

Marine scientists Edith Widder, deemed a leading expert of bioluminescence in nature, has raised doubts about the commercialisation of bioluminescence. Talking to the press, the founder of the Ocean Research & Conservation Association stated that the cost of breeding, feeding and maintaining live bioluminescent bacteria outside their natural habitats would simply outweigh the potential revenues.

“If you do the math, it doesn’t make sense, especially when you factor in how incredibly efficient LED lighting has become”, Widder said. Her statement was echoed by producers of LED lighting such as LEDVANCE, a spin-off of German multinational lighting producer Osram. They ask, why waste resources on researching bioluminescence, if light-emitting diodes (LED) are becoming more efficient every year?

While industry sceptics may be right in the short-to-medium term, it should not be forgotten that the lighting industry is not traditionally known for fast technological evolution. Following an EU directive, old-fashioned light bulbs have been disappearing from shelves in Europe for about 10 years, mostly replaced by newer LED lights.

Nonetheless, between Thomas Edison’s invention of the light bulb in 1879 and the EU ban in the early 2010s, the basic lightbulb design had managed to remain remarkably similar.  Compared to the constant disruptive evolution of cars since the horse carriages of Edison’s time, the front lights have experienced little change.

Europe may still be light-years away from feeding fluorescent bacteria to light up homes or streets. But as European leaders are taking on the fight against climate change, they need smart solutions. In an industry that represents bright ideas, innovations around bio-mimicking natural light should not be quickly dismissed.