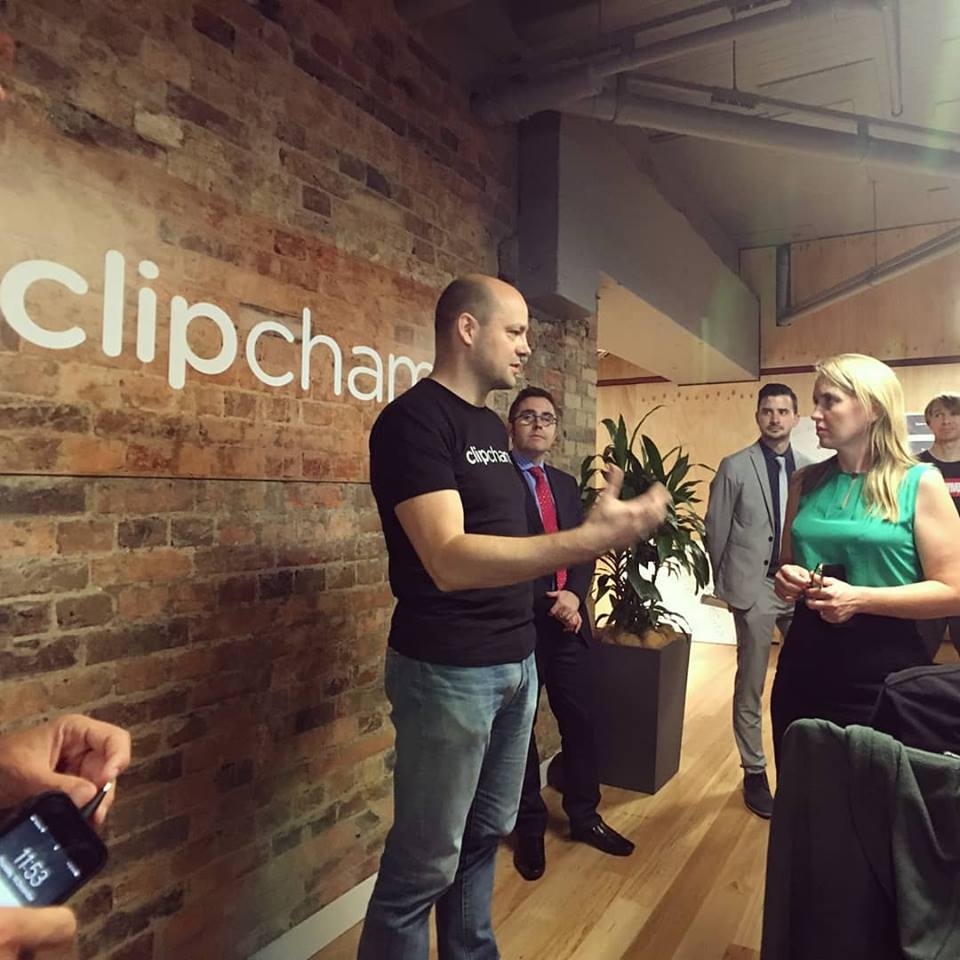 Central and Eastern Europe is famous for its facial recognition software in video, but most video processing platforms for non-professionals are not user-friendly.

To give an idea about the market in Central and Eastern Europe, in 2015 the Ukranian startup Looksery was acquired by Snapchat for a reported $150 million. The Odessa-based starup had created an app to change your face in real time while having a video chat with someone.

Then in early 2016, “Facebook bought Masquerade, a Minsk-based developer of another video filter app, MSQRD, which at one point was one of the most popular apps in the App Store. The US giant characterised it as ‘a fantastic app with world-class imaging technology for video,'” according to East-West Digital News.

The use of video is important for companies to stay relevant in the digital age. The same goes for video editing platforms.

Video has been all over newsfeeds of late, but are the big tech companies getting to the crux of what users need?

From Amazon’s aggressive push forward with their Prime content to video tech being used in self-driving cars, the expansion of video technology seems boundless at the moment. Added to which Facebook have upended everything, at once relegating video content through their algorithms and reportedly set to overtake YouTube for mobile video, which caused YouTube CEO Susan Wojcicki to quip that Facebook should “get back to baby pictures.”

Meanwhile there may be a more fundamental aspect of video which Silicon Valley’s finest have overlooked. At the moment pretty much anyone with a computer can open up a Word or Google doc and start writing, cut, paste, embed – you can make any edits post-hoc – the flexibility of word processing is downright impressive when you look around the options available for other content medium editing.

Audio and video hold nowhere near the same level of possibility and a general rule of thumb for cutting-edge design is that the less simple something is the fewer users it will have. It would be reasonable to expect video content to become a lot more popular if users knew they could edit their piece easily and quickly, and upload it to wherever it needs to be without having to rely on multiple takes.

As is often the case with technology, someone somewhere in the world is working on the problem, it’s just a question of finding them. And in this case it’s Clipchamp. The video editing software comes with plenty of refinement on the necessary fronts, with more functionality to come.

“What we’re trying to do at the moment is to make video creation a bit more accessible for people who don’t have the specialist knowledge for it,” said co-founder Tobias Raub. “We try and make it as simple as possible and hide the complexity behind the user interface.”

And the plans for the software go beyond simply editing. There is an end-to-end approach in taking a video from where it’s filmed all the way to its destination. To this end Clipchamp is now releasing a major update to its video recording plugin for WordPress which allows users to upload content, the act of doing so will automatically convert and compress the file while submitting it straight to the website’s cloud (it doesn’t go through Clipchamp’s server, for speed and privacy).

The updated plugin works with the new WordPress editor, Gutenberg and comes with an integration for Gravity Forms, allowing users to submit video through the already-familiar functionality. And, most impressively, there comes with it a new icon for the WordPress editor which allows the video recorder and uploader to be added to any post or page as easily as social media share buttons.

“With our API and its WordPress plugin the main focus is to give an option to website owners to have their users conveniently submit their videos which has been more complicated in the past, having to use Flash for example,” said Raub.

The functionality has a broader set of possibilities than simple social media posts. From student assignments, to customer testimonials and feedback, through sports coaching reviews and on to citizen journalism. Asking someone “what are the uses of writing?” would seem absurd, and if producing videos was equally simple asking the same question of the uses of video would be equally absurd.