Technology could create new generation of ‘smart cities’ in Europe 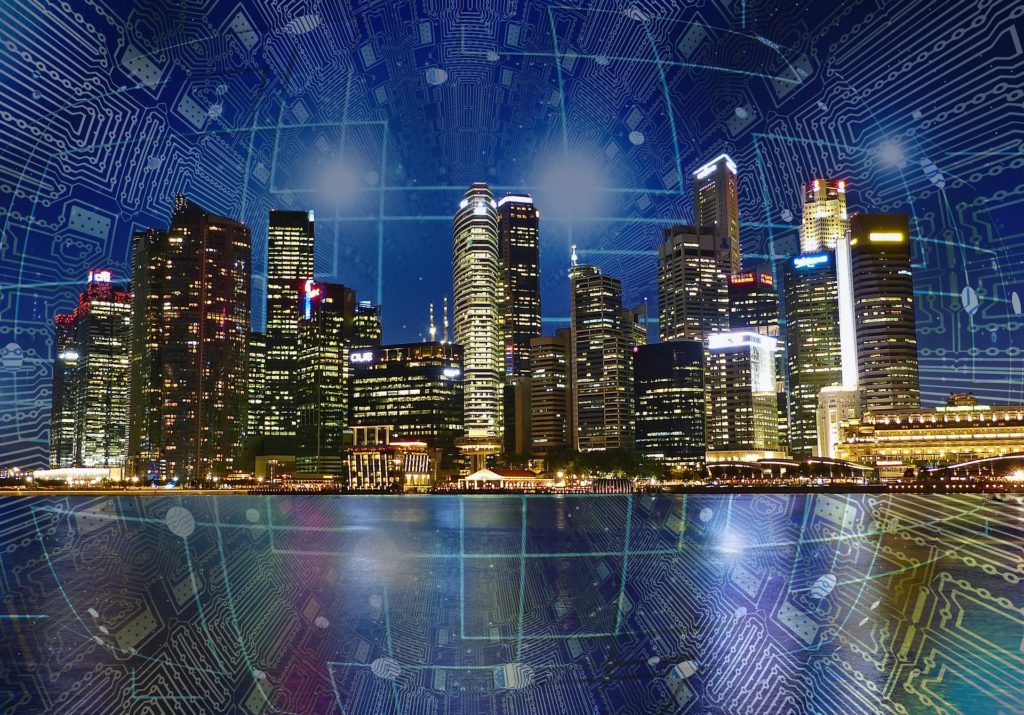 Moving past the buzzword, ‘smart cities’ are primed to have a profound impact on the lives of city dwellers in Europe and beyond. Europe is well-positioned to take a leading role in this transformation and apply the technologies that will enable it.

A smart city is considered to be “a city that incorporates information and communication technologies to enhance the quality and performance of urban services such as energy, transportation and utilities in order to reduce resource consumption, wastage and overall costs”.

For example, the Norwegian Capital has set out a ‘Smart Oslo‘ initiative. “Smart” refers to the way that internet of things (IoT) based solutions and communications technology are being integrated into core municipal operations. These include things like energy, water and waste management, mobility, education and healthcare.

Estimates provided by the United Nations Environmental Programme suggest that cities create 75% of global CO2 emissions. 1.3 million people move into a city every day. By 2050, city dwellers will account for 66 percent of the global population.

Against this background, it’s a no-brainer that a more efficient and coordinated approach in terms of energy, transportation and communications will result in a tremendous upside for society.

The 2019 Smart City Index was published last month. The index ranks cities according to how well they manage their resources and assets according to 24 criteria. Europe dominated the rankings, taking 7 of the top 10 positions.

The Norwegian cities of Oslo and Bergen took the top two slots with Amsterdam in third place. Copenhagen, Stockholm, Vienna and Odense also featured. According to an IHS Technologies report. Europe is expected to be home to more than 30 smart cities by 2025.

The technologies that enable a smart city approach continue to be developed and deployed. An impact has been made already in several cities.

However, the implementation thus far has implicated single issue applications. The full power of smart cities and their underlying technologies will not be harnessed until disparate data from various services and sources are pooled, integrated and analysed. Only then can more advanced decisions be taken in a cohesive way for the overall efficient running and sustainable development of the built environment.

It’s at this juncture that a raft of new and emerging technologies can help. Internet of things (IoT), distributed ledger technology (DLT), 5G mobile technology and artificial intelligence (AI) can be combined with the objective of bringing about a sustainable urban experience.

Collecting data using these technologies will result in the elimination of redundancies and waste, together with advanced control of temperature and lighting. More intelligent data use will result in an improvement in the flow of traffic, leading to the optimisation of infrastructure. Overall, more informed decisions at city administration level will be enabled.

Edge sensors and actuators will need to be used in abundance. Oftentimes, that will involve scenarios where access to power supply is limited. Therefore, such IoT devices will need to evolve such that they can be fully networked and capable of collecting the data whilst having a very low energy footprint.

IoT in this smart city context involves multiple parties. Data will need to flow across applications and domains. Therefore, a trustworthy way in which to collaborate is necessary.

The Berlin-based IOTA Foundation (IF) is trying to provide precisely that. The non-profit foundation is seeking to establish a next-generation protocol for this connected world. Its DLT-based network is expected to provide for this interface of data between parties.

Although the network the IF is developing has multiple uses, it has already been focusing heavily on smart cities. Developmental and pilot projects have been opened to consider some of the key elements of a smart city project. These include smart mobility, smart energy, smart buildings and districts.

The IF is collaborating with the European Commission on its Positive CityxChange programme – which looks at smart city technology application in a number of European cities. It also has collaborations in place with Austin, Texas and the Taiwanese capital, Taipei.

The smart city market is expected to grow exponentially by 2025. The overall outcome of smart cities should lead to tangible improvements for city dwellers. However, Europe will compete with other regions to gain competitive advantage.

Europe isn’t badly placed right now – but the development of smart city innovation has hardly even begun to unfold just yet.