Polish Robot Teaches Children How To Be A Programmer 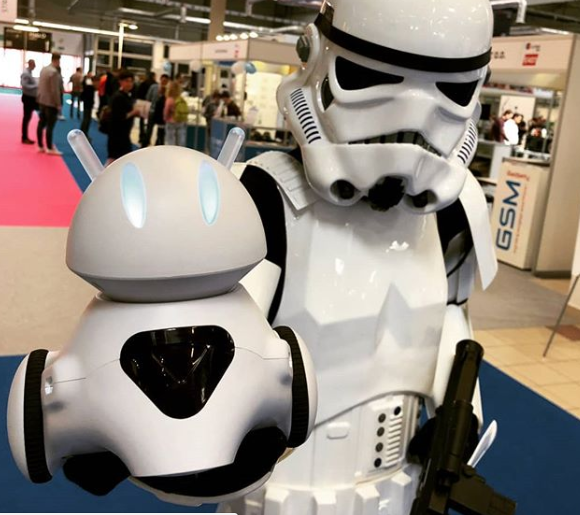 A Polish tech company has been lauded as the best startup in Central and Eastern Europe after pioneering a robot that helps children learn the basics of coding and programming.

The technology behind the startup, Photon Entertainment, was built by a small team of Białystok University of Technology students and allows children to learn and practice programming on the robot itself through a series of apps and can be programmed in over a thousand ways.

As the globe continues to slip into digital advancement, the education systems around the world inevitably must attempt to cater for the demand to which students will eventually contribute. Though a substantial leap from learning Microsoft Word in the classrooms of the 2000’s, the race to prepare children for the workplace through coding and programming is not an entirely novel concept.  It is in China for instance, that the government has made a fervent push to involve AI, coding and algorithms into school curriculums. According to a Euractive report, with 90% of all jobs now expecting IT competency this is reflected in over fifteen EU countries also include coding in their curriculum, many of which start the studies in primary-level teaching. Chicago-based Robothink has further begun to teach children about the importance of STEM through building their own robots, revealing a global awareness for the need to learn tech soon.

The noise surrounding early tech development continues to get louder in the wake of blockchain’s recent emergence and the development of deep learning and AI. Henry Shterenberg, recently spoke to 150Sec about the growth of blockchain, but his message also resonates with the focus on education.

‘‘We have to start learning multiple things in a number of ways. It has to start from kindergarten all the way to literally corporate,’’ Shterenberg outlines. It was at a recent event hosted by Horasis in Spain that the Suntri CEO also spoke about how change and inclusion have to start at school age.

‘’The pace of change is what humans are the most scared of, because never in our history has the pace of change been so fast – and it’s accelerating. So much stuff is coming at us at such a pace… and if we don’t teach our kids and our corporate leaders and government leaders that on a constant basis, we cannot be inclusive.’’

Photon Entertainment has thus found an innovative method which can equip children further in the world of programming. The robot is targeted at children aged between five and twelve years old and requires programmers to teach it everything from scratch, encouraging creativity and logical thinking amongst the young users.

According to a recent Business Insider report, the robot can also differentiate light from dark as well as having sound and touch sensitivity. According to the story, since being launched on the market in 2017, the robot has been sold in four countries around the globe with plans to further enter the German, Czech and Slovakian marketplaces shortly alongside talk of extra investment rounds for further expansion.

The future developments of this learning equipment will include extensions and accessories that will cater for increased educational development.

Photon Entertainment’s recent award at the annual congress held by the European Business Angels Network, is organised by a group which represents a network of over 30,000 innovators across the European entrepreneurial scene.  As a pioneer of early stage investments, the emphasis on tech advancement through learning and school development appear to be spreading through the ranks.

The reality for children growing up today is that the use of a computer is an inevitable part of life. What parents might now have to address is how to take this unavoidable computer use and channel it into learning through methods of programming and code.