How one Eastern European company is helping others adapt to GDPR 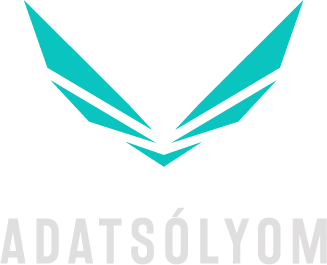 It is almost exactly one month until the new EU legislation, GDPR, comes into practice and reinvents the continent’s position on personal data protection. It’s an increasingly potent subject – one that shines prominently in the shadow of Facebook’s immense data breach last month and the long series of news relating to how technology and personal data will forever be intertwined. As internet users, the newly enlightened web-goers scramble to untangle their internet profiles whilst the technology companies, similarly rally to ensure they comply with the new European Union-wide regulations.

So far, a number of companies have begun to announce changes to their policy and securities resulting in a number of email notifications regarding what to expect. The Guardian has also explained the mounting pressure facing technology companies to disclose any former hacks and data breaches before GDPR comes into action. According to the report, the maximum fine for a breach is upped to 20 million Euros from May and will be changed based on the date of disclosure, revealing it is in the interest to reveal any security leaks earlier rather than later. The new law will also enhance user’s rights to delete or deny specific pieces of personal information and the right to view what has been stored on you.

Regardless of whether a company is based in the EU or not, if the personal data of EU residents is handled by the company then they are subject to the new GDPR. In light of this, the majority of companies lie at risk of being subject to the law without actually understanding the specifics surrounding required changes.

We can then turn to Hungary to see how one Eastern European country is trying to address the upcoming change.

According to a number of online reports, Hungarian based Simplexxy has developed a tool which assists companies within the country and helps prepare them for the legislation update. The company’s data recorder has been under development for nearly one year and, advertised under the name Adatsólyom, offers to evaluate a company’s data and propose an action plan on what modifications, if any, need to be completed. The first part of the tool is also free to use which opens up the platform to use by smaller companies who wish to evaluate their company’s compliance with the upcoming law.

Participants of the GDPR Summit 2018, the Budapest based technology suggests on its site that only 20% of the country’s companies are fully aware of the upcoming updates. As a result of the company’s team of computer specialist and a data protection lawyers, it appears that Adatsolyom has also transferred the legal documentation of GDPR into easier, readable language for smaller companies to better understand.

So far this technology is only available to companies within Hungary, however, it does reveal the potential within the technology sphere to support other companies whilst also highlighting the sheer extent to which this legislation could affect the unsuspecting. Though it remains to be seen exactly how the GDPR updates will affect a number of companies, one thing is clear, however – this is a step in the right direction in the bid to protect users and the huge grasp of data sharing.