From music festivals to startup competitions: Slovakia’s FutureNow conference is nearly upon us 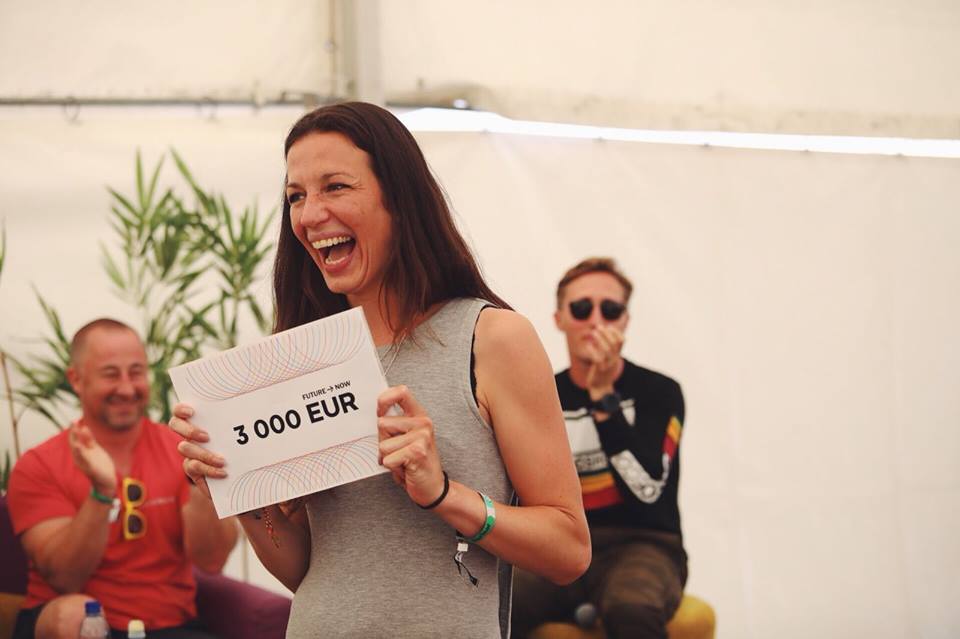 Based in Bratislava, Slovakia, the FutureNow Conference has become one of the pioneers in central Europe’s ever-growing startup scene.

Having brought together Slovakia’s most exciting tech community for over eight years, the next conference is dated for 24 October in Bratislava’s Refinery Gallery and is now hoping to reach over borders and open to an international attendance.

In the run-up to the October event, it was just last month that FutureNow ran their first summer startup competition at Slovakia’s largest music festival, Pohoda. Headlining with the Chemical Brothers, St. Vincent and even Australian up-and-comers Confidence Man, eight promising startups from V4 countries were selected from 32 applicants and also had the opportunity to present their technology in a competition amidst the backdrop to some of the world’s most exciting musicians.

It was a tough selection between the eight shortlisted winners: Secret City Trails, Nice Visions, Find Air, GlovEye, Nemleko, Crayonic, Liber8 Technology and Czech startup Vistag who specialise in a variety of areas such as solar panels, a smart inhaler from Poland, transformable jewellery and a milk alternative startup. It was on Saturday that the startups had the opportunity to present a three-minute pitch and answer questions to a panel of judges who included Michael Schuster from Austria’s biggest VC SpeedInvest, Jaro Lupták from top venture capital firm Neulogy Ventures as well as the presence of Matej ‘Sajfa’ Cifra.

The winner of this year’s competition was Slovakian startup Secret City Trails, a startup who specialises in urban discovery adventures. The app boasts over twenty games in exciting European cities such as Amsterdam, Barcelona, Bratislava, Bordeaux, Cologne, Geneva, Haarlem, Lisbon, Porto, San Sebastian, and Vienna, allowing users to solve clues and learn now facts about their current city. Not only were the winners of a 3,000 euro prize but the Secret City Trails will now have immediate access to FutureNow’s October boot camp.

“Our mission is to inspire playful city discovery. We do this by offering cryptic games in cities all over Europe. During our games you solve a trail of riddles and unlock forgotten stories as well as discover local recommendations,” the startup explained.

Of the upcoming FutureNow Startup Awards, other startups still have the opportunity to apply, and it is open to all CEE startups with external investment fewer than 500K euros, are younger than five years old and one of the founders or location is in CEE country. A lucky selection of just 24 startups will attend FutureNow Bootcamp, an intense 3-day accelerator. Startups may look forward to mentoring sessions, networking events and pitching semifinals, where a jury will select 12 startups who will progress to the FutureNow Conference, where they will pitch in front of an international jury and 1500 tech and startups enthusiast to win a main 20K euro cash prize + services from our partners.

All FutureNow finalists will get the media coverage, opportunity to pitch in front of local and foreign VCs, corporate CEOs and other potential investors and customers. Previous finalists have raised 34M euros to this date and the number is still counting, so why not join today? Applications are open until Friday, September 14 via F6S https://www.f6s.com/futurenow2018/apply