Could Bratislava’s Startup Scene Help To Build A Smart City? 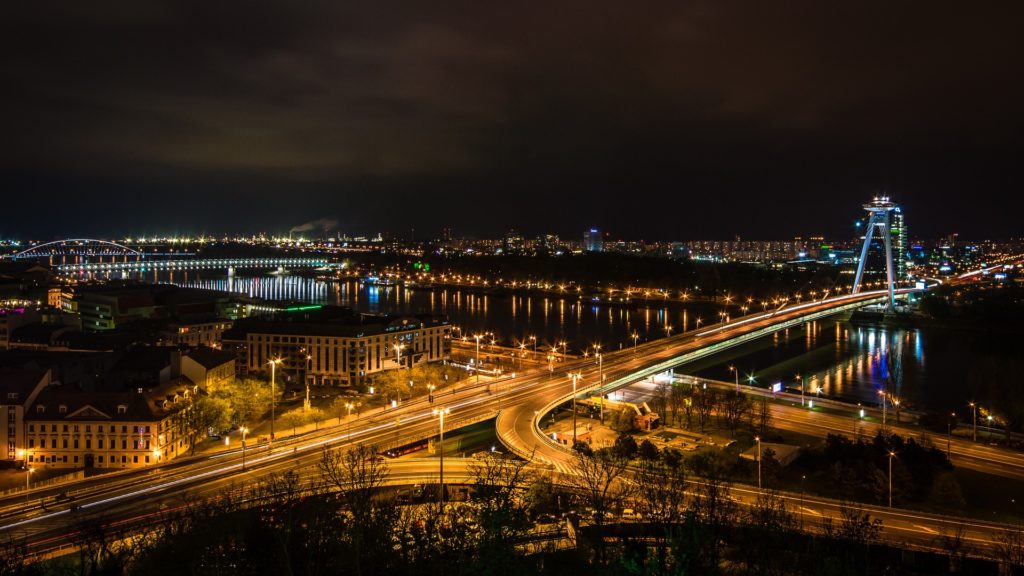 The idea of a smart city is no longer just an image we see in futuristic movies.

Although technology may not have mastered flying vehicles just yet, a number of locations around the world are utilising the growth of technology and innovation by applying it to their surrounding landscapes. The term smart city is not only being thrown around more frequently but has also become an important feature that city builders consider, from additions in new apartments to more efficient transport links.

Although there isn’t a universal definition of a smart city, the general themes attributed to such locations boast of a place that uses technology and data methods to create a more efficient environment.

What’s more, sustainable solutions are built into smart city living, infrastructure adds to the ease of transport and both the economy and living standards benefit in this ‘modern-eden-like’ smart location. The idea has become an important target for governments such as that of India, who are pioneering smart city missions across a number of densely-populated areas. With population levels slowly rising across the world the number of city inhabitants follow suite and with that the desire to find urban solutions to many of today’s living scenarios.

If we then turn our focus to the startup ecosystems of Eastern Europe,  we are met with a number of cities that though adorned with picturesque buildings and famous skylines are beginning to make the cut with their very own smart city ecosystems. The developments are the by-product of a growing startup industry which bridges across post-bloc countries and unites them in areas of innovation, tech savviness and an enthusiasm, unlike the startup jive that is felt in other places such as Silicon Valley or even as close as western Europe.

Slovakia is probably one of the lesser talked about countries within the central area of Europe, however, its capital, Bratislava, has begun to welcome a number of tech companies who have contributed to a startup boom in the city. It’s a place where you can live and breathe the startup spirit, in a freer and less competitive manner than that of neighbouring, more startup-clad countries.

Sygic is one such company. The startup was launched in 2004, however real momentum began to grow when the first iPhone was released. What they offer is a navigation app that connects smartphones to vehicles and allows for a new wave of connecting people, places and transport routes which is currently used by over 200 million people worldwide. Headquartered in the heart of Bratislava, you could say their technology becomes a smart city concept in itself, and this is exactly why cities such as Bratislava have already achieved the groundwork in smart city development – the technology is abundant. Companies such as Sygic are also expanding at a staggering pace from launching a smart mobility platform that addresses congestion and optimizes travel routes. With a tiny population of just over 420,000 people, Bratislava’s startup bubble tends to be international and outward-focussed from the get-go, which is another benefit for the companies.

‘‘This part of Europe is dubbed as The Danube Valley – central Europe’s answer to Silicon Valley. So I think we are in the best place,’’ Marek Lelovic, who works at Sygic told 150 Sec.

Startup culture is a worldwide phenomenon. There are no guidelines except for the air of excitement that a new company is really making a change and an impact within a specific area. Though not tied specifically to central and eastern Europe, one trend that Marek talks about is that of the importance of passion when working in a startup, which is something that he feels exists on a wide scale within Bratislava.  ‘‘When you found a company with passion, or out of something you believe in and you don’t care about how much it will raise, it will be successful.’’

What is coming out of Bratislava is a collective feeling that binds the startup community. ‘‘There is competition but there is also a team spirit across all of the Slovak startup companies, so they are all going to regular meetings and changing ideas and just going ahead with trying to reach their goal’’.

But of course you could say this is taking place across startups across the world, so what actually makes central and eastern Europe any different? The country’s history, which harks back to over fifty years of communist control is also a potent feature that constitutes the tissue of Bratislava’s current entrepreneurial mentality.

‘‘Before, we weren’t allowed to privately own anything … you couldn’t start a company here because it was forbidden.’’

After the fall of Communism in Slovakia, at the time part of Czechoslovakia, what followed was an elated sense of entrepreneurial freedom and enthusiasm. Though the marks of former political control have subsided, the enthusiasm to create something and pioneer growth from within the country has remained. This is what has kept the tech scene so young and appealing.

The city of Bratislava is also developing at a phenomenal pace; such as new infrastructure that evokes a skyline of constant renewal. Although Bratislava doesn’t receive as much tourism as its neighbouring capitals of Prague and Vienna a change can gradually be traced throughout the Slovakian capital’s history, and is also a contributing factor to the exciting growth of the city. Lelovic is a local to the city and recalls how years ago the city used to be empty, whilst now it is near impossible to find a free seat at a bar on the weekends. Another appealing offer is the country’s proximity to other leading cities within Eastern Europe such as Vienna, Prague and Budapest, together with an aesthetic history of a countryside landscape dotted with castles and nature in locations such as Kosice.

‘‘You have a lot of opportunities here to participate and get involved in really cool co-working spaces, and a number of companies investing in startups,’’ Lelovic continued. ‘‘The city is small as well … so you have the family setting’’.

Marek spoke of how in this area of Europe, Sygic, as well as other tech companies, are also supporting the startup scene in a number of ways and it is this very community feel that makes Slovakia so appealing.

For instance, the company is heavily involved with a project named the Butterfly Effect which is a full-time education program geared at young developers and innovation leaders. The group is formed of interdisciplinary teams that apply their tech teachings to practical real-world projects under the supervision of experienced professionals. The network that Sygic forms also hosts Google developer groups and is co-operating with an NGO called Leaf which is working to motivate young Slovak students to return home with the promise of a paid internship – some of which are interning at Sygic.

The aim, as well as encouraging networking and technology development, is to show developers, budding entrepreneurs and students that Slovakia has the expertise and opportunities that other countries are renowned for. In a strive to tempt the talent back to their home country, a paid internship is just one of the benefits that development programmes within Bratislava have to offer.

It is a small Slovak city that is building itself up with a host of potential. Sygic is just one of a growing number of startups that are contributing to Bratislava’s development as well as spreading their thirst for technology, and Slovakian startup enthusiasm around the globe. It is just a matter of time before a smart city becomes commonplace amongst increasing efforts to improve well being, efficiency and sustainability in the hubbub of city life. Here, in the heart of Europe, Bratislava could have the potential to spearhead this.