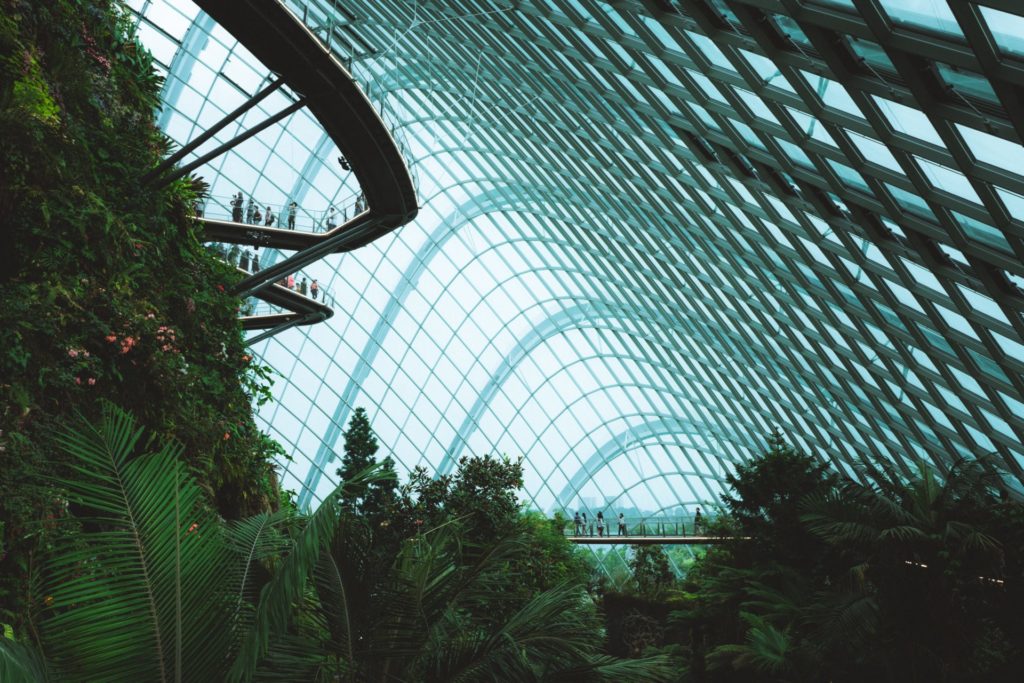 Landfills and oceans are choked up with plastic waste. Unwittingly, micro-plastics are consumed by every one of us. Can cutting-edge technology and a smart plastic deposit system reign this problem in?

150sec spoke with Oliver Hanstein of environmental collaboration BIOTA to find out how its concept – Deposy – may play a significant role in making the circular economy a reality when it comes to plastic reuse.

Deposy is a play on words that incorporates ‘deposit’ and ‘system’. The original kernel of the concept that underlies Deposy came from Markus Gebhardt. Whilst on vacation in Asia earlier this year, he noticed plastic waste everywhere. Applying an engineers mindset to the problem, he set about devising a solution.

His basic idea centred on the use of IOTA, a distributed ledger technology (DLT). The feeling was that this technology could be harnessed to provide for a reward system to incentivise people to recycle plastic. Reaching out on Reddit, he quickly assembled a group of six like-minded enthusiasts to collaborate with.

Only 6% of recycled plastic in new bottles

The planet is beset with an ever-growing problem of epic proportions. Eight million tonnes of plastic are ending up in our oceans every year. Invertebrates and animals are now being found to contain plastic additives on a broad scale. The average human consumes more than 74,000 particles of plastic each year.

Packaging accounts for 40% of all plastic produced. Yet, less than 60% of polyethylene terephthalate (PET) plastic used for bottles is recycled. Worse still, only 6% makes it back into new bottles.

>> Read more: Microplastic alert in the EU: Can startups help?

When it comes to glass bottle recycling, deposit systems have been around for many years and they work well. With plastics, it’s far more problematic.  There are 8 main types of plastic, and this adds to the complexity when it comes to recycling, explains Hanstein. It means that the recycling bin will have to have separated sub-compartments. Within the network, there are recycling engineers who are currently working towards overcoming this difficulty.

In combination with a QR code, a unique numeric code prevents the system from being gamed. Part of that data is stored on the Tangle – the data structure at the heart of IOTA.

An IOTA transaction can send a maximum of 1.6 KB of data. But software can combine a number of transactions to increase this data cap. This means that quite a bit of information can be added: For instance, the manufacturer can include a calculation of how much C02 was used to produce the plastic. BIOTA are working with RWTH Aachen University on calculations to determine C02 usage and cost.

“The price of one type of plastic is €400/tonne”, Hanstein explains. “If you have just 95% purity, it has a value of just €60/tonne”, he adds. This underscores one of the main challenges with plastic recycling. Hanstein believes that the current plastic recycling model and the broader plastics industry is not working for society right now.

In fact, producing new plastic is cheaper than recycling plastic. The plastic industry will not support any move to make recycling viable. And when some brands try to act responsibly and use recycled plastic, there isn’t enough of it to go round.

Hanstein believes that improved processes could make recycled plastic marginally cheaper. In addition, the C02 output could be drastically improved.

The project is at an early stage of applying for funds. Yet considering the clear public interest to improve plastic recycling, it has good prospects of government support.

Yet a shift towards smart recycling needs government support on a much broader scale. Only with state support can the industry status quo be transformed. “[Recycling] lives and dies with policies”, Hanstein states.

“[Recycling] lives and dies with policies”

All of the current collaborators on the project have been loosely drawn from the IOTA community. Hanstein is confident that IOTA is the right fit for the solution that the group is proposing. That’s largely due to its fee-less nature. Furthermore, IOTA is able to store data within transactions. Compared with Bitcoin, it is also far more energy-efficient as a network by comparison with Bitcoin.

Whilst the group doesn’t currently have financial support from the IOTA Foundation, a dialogue has been opened with that intention.

It’s early days for this project, but its certainly one to watch with interest. Plastic waste has created a global environmental crisis, and the plastic industry needs to shift towards real sustainability. The smart use of cutting-edge technology could make the circular economy a reality.