5G to take drone technology to the next level

Drone technology offers much potential with a raft of emergent use cases. Now 5G technology promises to connect drones on ultra-fast data highways. 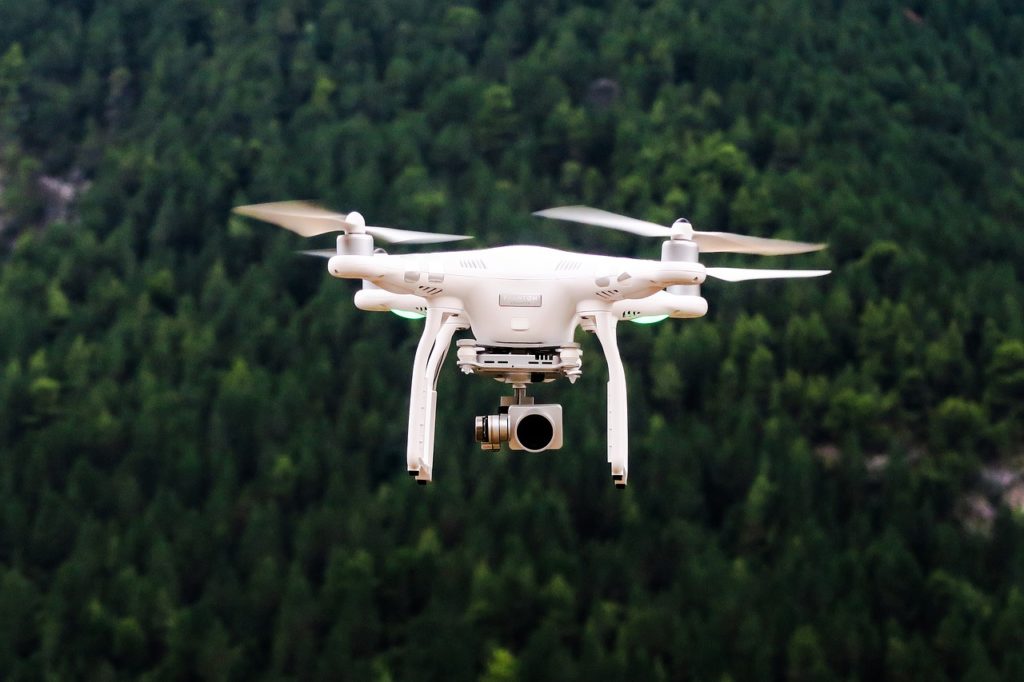 Drones need high speed internet connectivity in order for the full potential of the technology to be realised.  In the imminent future, drones will handle tasks such as delivering our parcels and providing high-quality real-time video during natural catastrophes. Whilst this is possible to a certain degree right now, current communication technology is limiting. High-speed internet connectivity is a bottleneck but that problem is likely to go away once there is significant rollout of 5G wireless connectivity.

For those working on drone technology, 5G rollout is being heralded as a great enabler for enhanced drone utility. 5G is the fifth generation in wireless technology for digital cellular networks.  5G network slicing is a concept which is being implemented to share the physical 5G resource amongst numerous virtual networks.

This opens up access to the communications technology for drones also. It provides the decreased latency (the delay before a data transfer begins), greater throughput, capacity and availability. In turn, this capability allows for such drone operations as command and control (precise, intuitive remote drone control), autonomous flying and media sharing.

One such project which is currently open is the Horizon 2020 funded 5G-DIVE initiative. This work implicates a pilot test that seeks to enable autonomous drone flight. Just like the car industry is experimenting with 5G-enabled autonomous driving, autonomous flying is receiving much interest among drone developers.

In the US, telecommunications company Verizon has realised the significance of the impact of 5G on drone technology. With that, it’s expected to become the first mobile operator to connect 1 million drone flights. As part of its efforts to work towards that goal, it acquired drone operation company, Skyward.

5G will facilitate drones in transmitting real time footage in high definition. The advancement in the wireless communication standard from 4G means improved latency and data speeds which are a hundred times faster than 4G.

This technology is likely to change the nature of policing. Already, New Zealand Police want to make use of high definition video streams from 5G networked drones as part of their policing efforts. The plan is to relay footage to command centres. With complete rollout over time, it’s reasonable to expect that this departure will impact the manner in which police forces choose to police. The knock on effect may be less police officers on patrol.  They may be displaced by officers manning drones at a command and control centre.

Reaching a 5G standard means that a third technology can be harnessed: Artificial Intelligence. It will be possible to run AI once the drone communication standard shifts from 4G to 5G. With that, AI technology can be utilised on-board a drone to recognise patterns via computer vision. In a warehouse, this could be used as an efficiency improvement tool.

AI could also be utilised to assist in locating natural disaster victims with livestream footage via 5G enabled drones. In  a wildfire scenario, firefighters can now survey areas of land rather than put themselves at risk by doing so manually.

There are many drone based services up and running, facilitated through 4G communication. However, they’re all likely to be able to enhance their service offering and service level with an upgrade to 5G.

“5G coverage would enable us to process some rich data sets outside the drone with a very low latency, essentially giving us super-computing processing powers on our drone”

Manna is an Irish B2B drone delivery ‘as a service’ company which plans on launching food deliveries in the coming months. Manna CTO Alan Wicks told 150sec that “4G currently enables Manna to operate at scale and with a high level of safety”.

Notwithstanding that, he believes that the rollout of 5G will facilitate the company in doing much more. Wicks stated that “currently due to the limits of 4G, any real-time processing needs to happen on the drone itself”.

“5G coverage would enable us to process some rich data sets outside the drone with a very low latency, essentially giving us super-computing processing powers on our drone”, he added.

The low latency that 5G provides will facilitate tracking of drone fleets with pinpoint accuracy. With the expectation of our skies being filled with drones in the not too distant future, this is going to be important. Improved tracking will prevent drones from finding their way into restricted areas and in avoiding collisions.

More accurate positioning is likely to lead to greater device density, too. This will change the range of applications and use cases in and of itself. It could lead to a scenario where there are hundreds of thousands of nano-drones deployed in a given area with the objective of capturing video footage or taking sensor measurements.

It seems that it isn’t simply a case of what 5G can do for drone technology. Swedish telecoms and networking company Ericcson suggests that drones may have a part to play in interference management on 5G networks. In a research blog post, the company is considering how radio-scanner drones may be used to protect network performance. Whereas walk-by and drive-by testing is time consuming, drones can fulfill this role quite easily. They have much more ease of access which would enable the ability to measure and evaluate outdoor radio signal interference from private indoor 5G networks.

As is so often the case, the emergence of one technology is closely linked with that of another. Drone technology continues to establish itself in its own right. However, once it harnesses the power of a 5G networked environment, it’s destined to truly flourish.