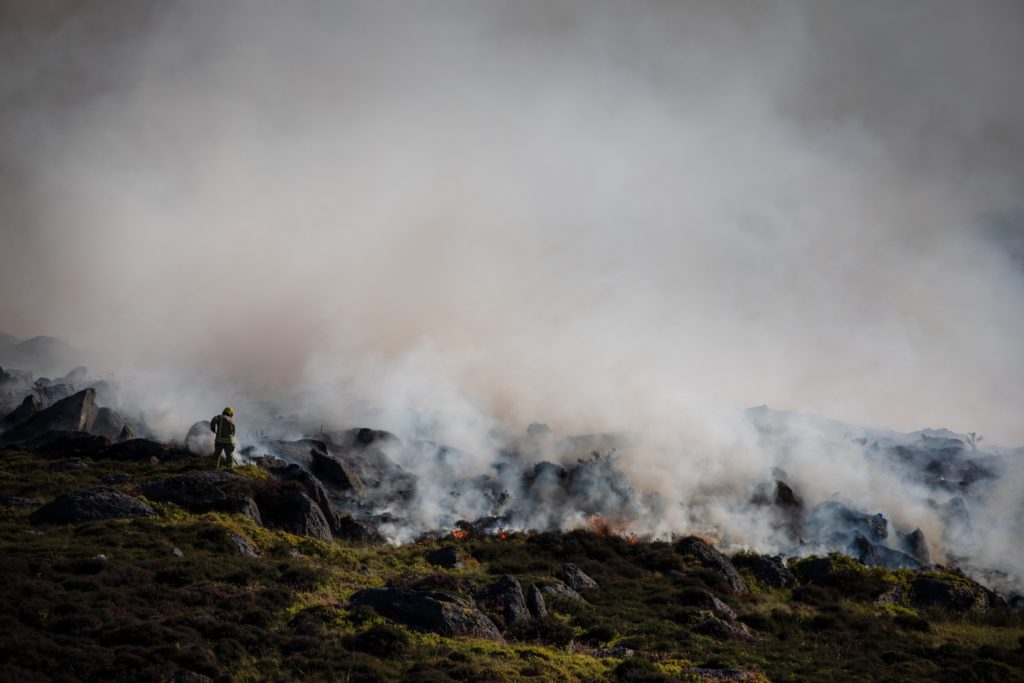 As wildfires across Europe grow more extreme, firefighter’s roles become more difficult – and dangerous. Which technologies could reduce the risk to human life?

Although some government administrations have chosen to deny the full extent of climate change, the shifts in weather patterns across the globe continue to make the headlines with staggering regularity.

In Europe’s case, this came in the form of unnervingly warm February weather – with highs of 20 degrees Celsius in the United Kingdom – that broke records for winter temperatures. Dubbed ‘freakishly warm’ and ‘unusual’ by Bloomberg, the weather shift is anticipated to continue throughout the first part of March and is proving costly to economies across the continent under pressure from plummeting electricity costs and natural disasters linked to the weather.

In a particularly tragic event, wildfires wiped out the Californian town of Paradise from the map last year. But disasters of this type have recently taken precedence across Europe, too.

Saddleworth Moor in the North of England has caught fire several times and as recently as last Wednesday saw firefighters tackle the blazes. Everything in the area from bedding and laundry to pets had a burnt odour to it. In Italy, areas of Tuscany were also dogged with a hillside blaze as a result of dry weather conditions which led to the closure of a highway between Italy and Austria, reported Bloomberg. 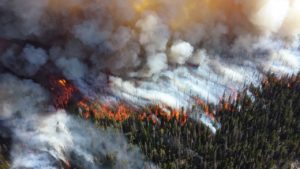 Wildfires in Europe are increasing in number and extremity of events, including turning into dangerous firestorms, warn experts. Photo by skeeze on Pixabay.

Dubbed the ‘war on nature,’ on other fronts Europe’s forests face threats from human avenues as a reported growth in logging across the continent’s virgin forests, which some fear is pointing towards a biodiversity collapse

Based on statistics reported by Euronews, by the start of this month, there had been over 480 wildfires across Europe this year alone. Contributing to this, there were over 18 reported fires across France, Italy, Greece and Spain in just the first few days of March, with some anticipation that more could follow.

“Already over 480 wildfires across Europe this year alone”

Wildfires are not that uncommon. However, this year they have tended to come earlier than usual and grow bigger in size and quantity. It also links to a heightened threat to life across a number of countries. Many recount the 66 people who lost their lives in Portugal’s most tragic wildfires in June 2017.

In 2017, the European Civil Protections and Human Aid Operation reported that the area of land consumed by wildfires in Europe was 1.2 million hectares, or, an area larger than the size of Cyprus. Also anticipating increased risks of fires, the organisation works across the European Union to support countries in times of crisis and coordinates firefighting planes, helicopters and personnel from other countries, if called upon. But if that enough?

Burning concerns about the human cost

Trained fireteams equipped to take on the wide-scale blazes with helicopters and planes. However, the behaviour of wildfires is changing and becoming harder to predict, making it difficult for specialists and fire teams to act fast and stop fires raging.

According to Horizon Magazine, there has been an increase in firestorms known as pyroCbs. Furthermore, the speed at which fires have begun to increasingly accelerate mean that there is a demand for new processes of fighting and bringing fires under control. Some have gone as far as arguing that sending human firefighters into these situations is, in reality, no longer possible. The claim is that the growing severity and speed of the disasters are making it too dangerous. But are there other options?

In the age of technology, advanced support against this new breed of wildfires might actually be the answer to ongoing concerns.

Whereas aircraft such as the Global Supertanker can transport and drop 73,000 litres of water in one go, it is the task of fighter aircraft such as helicopters that allow for firefighters to get closer to the blaze, as well as target focussed areas of fire.

“24% of fighter deaths linked to wildfires were, in fact, connected to aircraft crashes”

The cost of operating and maintaining firefighting aircraft is a huge demand, and the cost to human life is even more taxing. According to NBC, 24% of fighter deaths between 2006 and 2016 linked to wildfires were, in fact, connected to aircraft crashes. However, with drone technology becoming more advanced by the day, it has allowed firefighters to instead survey the land without direct risk to life.

From 5G drones to firefighter robots

No longer is fire fighting as simple as going in with water supplies, especially in the face of the new, giant fires.  Sensors, infrared cameras and high-definition visuals have all contributed to the development of the next strain of firefighting technology, geared at giving firefighters the advantage. What’s more, drones can be used to set controlled fires. In these operations, safely carried out by unmanned aircraft, burning up vegetation counters the movement of a wildfire. 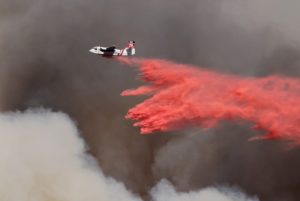 Drones combined with 5G could in future replace manned aircrafts for some of the dangerous aerial manoeuvres required, hope tech entrepreneurs. Photo by Ben Kuo on Unsplash.

Just last week, engineering companies and phone providers in Spain teamed up to develop a prototype for a 5G firefighting drone trial, according to their press release. With 5G technology installed onto the drones, it is hoped that the project will provide firefighters with considerable advantages over mapping the fires, trading their trajectory and measuring temperatures.

Although so far there appear to be many elements of demand for human firefighters, technologies are on their way to help reduce human staffing. For example, Nexvision has already a couple of years ago pioneered an augmented reality helmet geared at helping helicopter pilots fly in the dark.

With fires being usually more controllable in lower, nighttime temperatures, the prototype would project high-definition night time vision into the helmet for the pilot to navigate by, according to the press release.  The company planned it as a direct response to increasing safety around wildfires.

The majority but not all fires are tackled from the air. On the ground, there is also demand for technology to both support the rescue of people and identify further areas of fire.

Swedish-based SmokeBot funded by the European Union and has been developed to support fire services where there is limited visibility. Geared at plotting maps of smoke filled land, the robot can also detect the different gases which are in the air, assess temperatures and is already being considered to support missions that cover large areas such as forest fires, or even floods.

A vicious cycle of wildfires and climate change

On a more human level, similar to the National Fire Protection Association (NFPA) available in the United States, which provides training, e-learning and encourages residents to prepare and work together to reduce the losses throughout a wildfire, it might be necessary for Europe to follow suit. Information, education and ports of contact are all paramount in the quest to save lives whilst also being knowledgeable about how to prevent the spread of fire.

Whereas areas of southern Europe are most prone to fires, it has become evident that northern Europe is increasingly at risk, primarily due to climate change shifts. Instilling information and training now might be the very thing that keeps people safe in the future.

Only in rare cases, wildfires clear the path for more sustainable nature and allow for more fertile land. In reality, wildfire is also a burning concern for climate change. A wildfire can burn 100,000 kilowatts of energy per metre and thus contribute to vast emissions of smoke into our environment and atmosphere. The fires are creating a vicious cycle that is no longer local, but global. Their emissions are ultimately accelerating climate change and extreme weather conditions – a hotbed for further wildfires.

The problem has a clear global dimension. Fires on the other side of the world are ultimately also affecting Europe’s future. In response, we need technological innovations to localize, extinguish and prevent fires to cross borders and spread – quite literally – like wildfires.