What to do if you are a victim of cyber crime 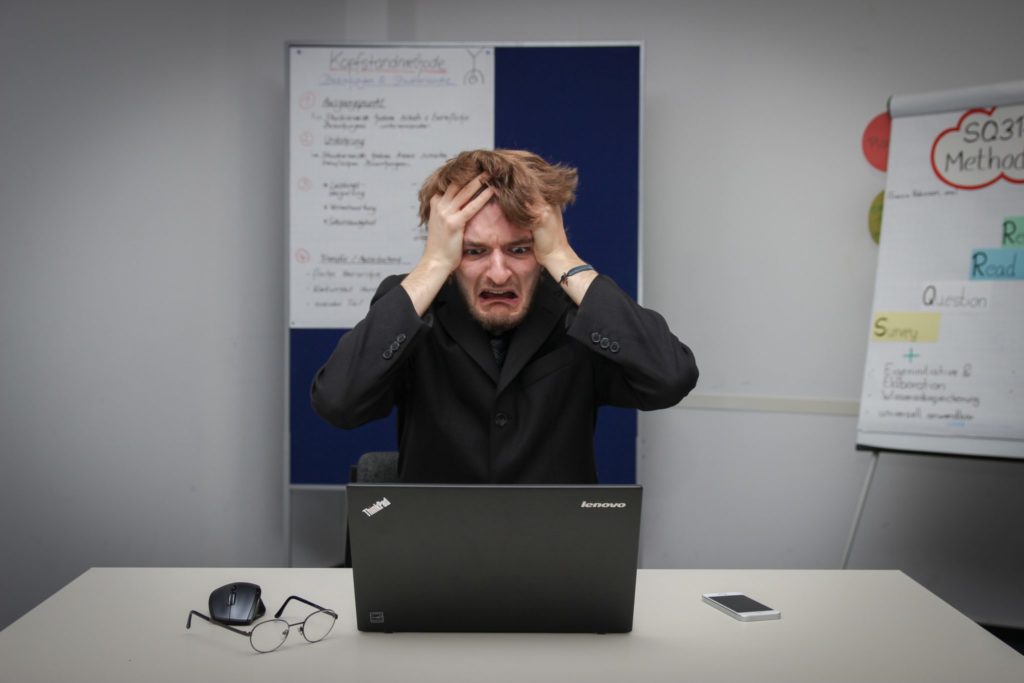 How safe are we on the internet? With scandals such as Facebook’s data misuse continually making headlines, it’s a question that might occasionally spring to mind even if you have privacy settings aplenty.

But actually, what might cross your thoughts less frequently is what to do should you become a victim of cyber crimes.

It’s a question that the European Commission recently cast towards citizens of the Union, as part of annual studies into perceptions of internet security, and the results are in.

Cybercrime is on the rise

Perhaps somewhat unsurprisingly, out of a survey of over 22,000 Europeans, 88% of daily internet users believed that cybercrime is on the rise and internet users are increasingly at risk. Yet at the same time in comparison to 2017, last year’s surveyees were less likely to take security measures such as frequently changing their password.

The largest decline in safety precautions was a 16% drop in people who use anti-virus applications on their devices. And at largest risk, according to the study, explained that people over the age of 55 were more likely to fall victim to cybercrime as well as people who were simply not informed about the risks.

According to the European Commission, not only is there a real need for people who have experienced cybercrime to report it but that there are concerns over the large number of people who choose not to raise any alarm. Based on reporting from CBC, in many cases, embarrassment and shame on the part of the victim mean many do not report the crime to the police, which is hindering investigations into cybercriminals.

‘‘In reality, all it takes is a little lapse in concentration and, really, an opportunity that we see that’s too good to pass up. And the next thing you know we’ve gone down the rabbit hole,” Halifax regional police sergeant Kevin Smith explained to CBC.

Not enough cybercrime is being reported

The risk of cybercrime is growing, meaning authorities need to know the scope of crimes taking place and yet 47% of people who discovered malicious software on their devices did nothing about it. What’s more, 77% of the people surveyed by the European Commission didn’t know what to do if they were victims of cyber crimes. There is plenty of information online about how to protect ourselves in the online sphere, but what about when we have actually become victim to it?

Cybercrime can take a number of forms, from hacking and fraudulent emails to identity theft and it might sometimes seem difficult to report to officials and police, especially when a crime such as email spoofing feels trivial (though it’s not).

If you suspect that you have been a victim to cybercrime, it is firstly important to know that it is a punishable offence if the attacker is identified. It was in late 2018, for example, that three leaders of an eastern European cybercrime ring were arrested and charged with 26 felonies following a string of spear-phishing email campaigns and follow-up calls that led victims to download malware, reported Politico. The Ukranian nationals behind the notorious FIN7 cybercrime group had attacked and hacked companies in 47 U.S states.

In 2017, one of many high-profile prosecutions for cybercrime was the arrest and charging of Mark Vartanyan, who is otherwise known as Kolypto. In July of that year, he was given five years in federal prison for computer fraud and stealing the account credentials of nearly 11 million computers around the globe. According to SC magazine, he had contributed to US$500 million in losses.

How to report cyber crime

There are many avenues through which a cyber crime can be reported, though these will vary on in which country the attack took place.

A number of online platforms such as Gmail or LinkedIn will provide their own report pages for users to highlight where hacking and cybersecurity breaches have taken place. Reporting directly to the platform is usually the quickest way to secure your account once again and the matter is then forwarded onto the team tasked to deal with cyber breaches in the platform.

Determining which department to report a crime to will be the first important step, similarly taking action quickly and efficiently is also a must. For members of European countries, a list of where to report crimes depending on your country can be found here whereas a quick online search will also reveal where to report cybercrimes in countries such as the United States.

According to the Europol website, there are some European Member states that do not yet offer an online reporting page for cybersecurity breaches. If this is the case in your area, then you are advised to take all the documents and screenshots of the crime and report it at your local police station.

Putting pieces of the puzzle together

Even after having reported a case of cybercrime to local authorities, there is no guarantee that the culprit will be brought to justice. According to research by Norton, the complicated nature of cyber cases means that a number of government bodies, international players and private organisations tend to be involved with the final capture of cybercriminals.

Despite hurdles in state and country jurisdictions, the majority of governments around the globe now factor cybercrime as a growing threat and one that will face major consequences within legal systems. It all starts, however, with one person reporting a case of unusual activity for cases to be blown wide open.

If we then turn our focus to the large-scale national cyber attacks that a number of central and east European countries also experienced in recent years, the scope of the challenges that face investigators grows substantially – yet reporting every case will always add much-needed pieces to the puzzle.