TechChill Calls On the Entrepreneurs of Tomorrow 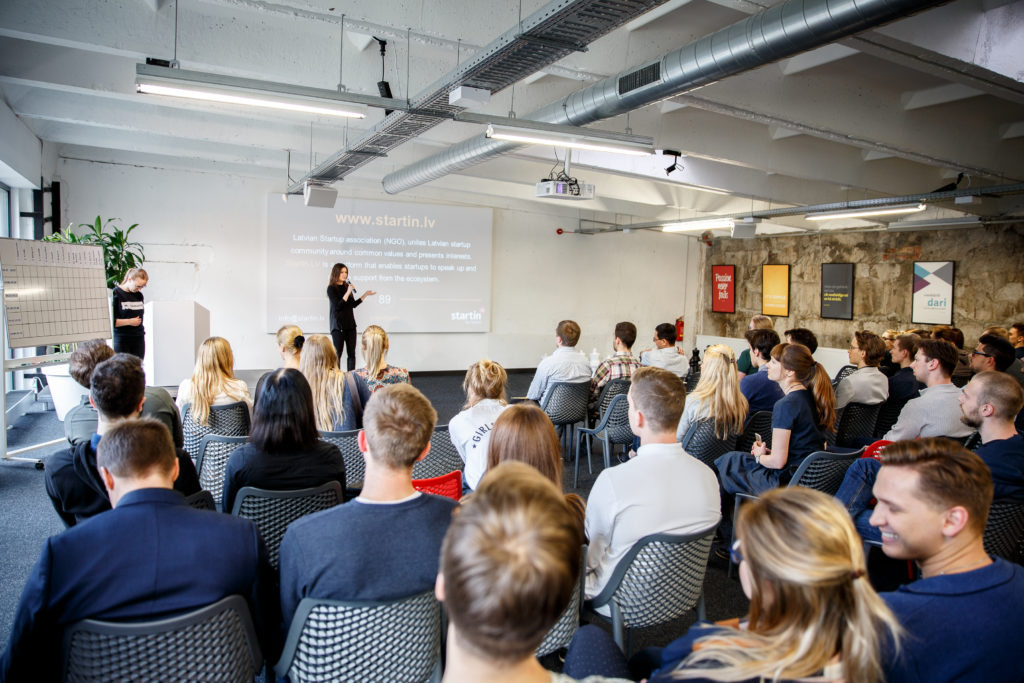 TechChill is one of the Baltics better-recognised startup ecosystem events as well as one of the largest in the region. Honing their talents on uncovering and supporting the most promising founders and entrepreneurs across the Baltic countries, it is a conference that has quickly ballooned into a world-class event which welcomes thousands of visitors from across the globe to Riga. The next leg of their event series, now in its eighth year, is set to take place at the end of February 2019 and as well as welcoming a plethora of exciting tech innovators to the mix, they are now also opening their door to the pioneers of tomorrow.

In a bid to draw in and inspire the younger generations of the Baltic countries, the team behind TechChill have been working relentlessly in order to ensure the opportunities are readily available. Firstly, the team recently announced that a number of student workshops will be held next month as part of a partnership with Printful. The second company behind next month’s student-focussed gatherings is a leading eCommerce specialist who is based in Latvia as well as the USA and has seen exciting growth recently in the sector.

Of next month’s events, attendees will be welcomed to workshop ideas and delve further into the startup culture and local ecosystems that are available in the Baltics. There will be a provision of discussions about starting careers in tech and entrepreneurship, as well as ample networking space to plant the important seeds of finding a career. According to the event details released by TechChill, the workshops will be divided into three parts and place a focus on the future of tech, as well as startup ecosystems, and how startups are built. Furthermore, the increased incentive that up to 70 attendees can achieve is the ability to gain a free pass to next year’s official TechChill event, if they attend all of October and Novembers’s workshops.

Next month’s workshops hope to offer a taster of what TechChill actually has in store. With an abundance of startup founders, industry experts and startup reps raring to divulge their knowledge and bring students, and their untapped creative innovation, into the startup family. Among the people excited to share their expertise will be TechChill CEO Kristine Kornilova, Co-Founder of Dripit, Ernests Stals, CEO of Toneboard, Martins Vaivars and CEO of CastPrint, Sigvards Krongorns. Amongst the discussions, the experts will also reveal their top tips on what startups are hiring and how the entrepreneurs of tomorrow can get that all important foot in the door.

Amongst the startups taking part in the workshops, there is also a great element of excitement at finally being able to give back to their supportive community in a meaningful way. “We are grateful that the Latvian startup environment has given us such good specialists and an opportunity to show Latvian knowledge in the world while keeping the brains in Latvia,’’ said Co-Founder and CEO at Printful, Davis Siksnans.‘‘Already from the very beginning of Printful, we believed that by supporting the Latvian startup ecosystem, together we will create a ground for new success stories from Latvia.”

A similar note comes from TechChill’s CEO, who wishes to share both her ambition for startup culture and also the right tools that students can use to make the most of career opportunities. ‘‘Most of the TechChill team are young professionals who have graduated from universities just recently, and we know how difficult it is to choose the right career path,’’ she recently said in a press release. ‘‘We wish others to educate and self-execute directly in the startup environment which we found very challenging and full of opportunities, and that’s why for several years now we have been working with students – organizing lectures at universities, offering introductions with startups that are hiring, as well as inviting students to volunteer in the conference.”

All current, full or part-time program students from any university and any country, are welcome to apply here until September 30.