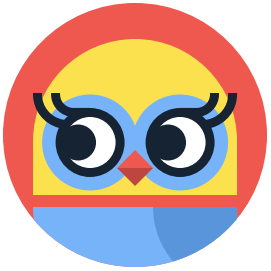 Super Izzy AI is a startup that is pioneering the ways in which women seek health advice and support on issues of feminine hygiene. It has now been reported by Forbes that Hungarian founder Hajnalka Héjja is working on the production of an artificial intelligence programme that provides hygienic assistance in a virtual platform. The startup will focus on topics such as menstruation, contraception and pregnancy. Through her company, Héjja also promotes the idea of a female chatbot which can eventually support diagnosis and confidential support for users.

The idea behind the technology was inspired by the need for more information worldwide regarding such personal, but also very normal subjects that effect, generally speaking, half the population. In her recent interview with Forbes, Hajnalka points out that it is an area of health that is still not being talked about by younger age brackets in various locations around the world. What’s more, these younger, tech-savvy generations noticeably place more importance on chat platforms rather than search engines, which is the inspiration for such a personalised bot.

It is through artificial intelligence that Super Izzy AI hopes to eradicate ‘taboos’ and open up the space for frank discussion on matters of personal health.

In her interview, Héjja points out that her vision for the startup world faced some teething problems when a venture capitalist pointed out that he would need a male co-founder to take the company seriously. Her response was of course to hire a female programmer and a male marketing member. Furthermore, the company will still require a degree of further development time before the fully-functioning idea can come to life as she would hope.

There are countless studies that highlight the real issue that faces young women today and the staggering gaps in knowledge regarding menstruation and personal health in areas around the world. In countries such as Nepal, India and Uganda, this very normal process can sometimes be identified as a curse and a topic that is never even spoken about before a girl’s periods begin. Whether it’s in a developing country or here in the western world, it seems inevitable that technology will be able to provide a helping hand in ensuring that at least a knowledgeable conversation can be started. Access to good quality information through Super Izzy AI could just be the trigger for that.