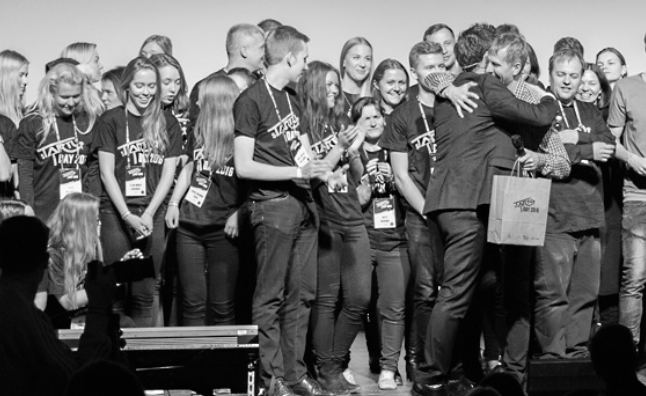 Estonia’s Startup scene is in full and vibrant swing as 2500 participants and 100 speakers from across the world descend on Tartu for sTARTUp Day.

The festivities run from 7th to 9th December, with the 8th hosting the main events, all of which have been put together as the combined effort of Tartu’s local government, startup community and the University of Tartu. There will be demo areas, partner areas, seminars and workshops all of which look to expand on the experiences of CEOs who have created hard-earned success out of limited resources.

Leading lights of the local startup scene, from companies like Taxify, Fortumo and Starship Technologies, will be on stage fielding questions and directing discussion on the theme of Zero to Hero.  And the festival has attracted international acclaim, with speakers from UC Berkeley, Rockstart and Eindhoven365 flying in to take part.

The program for the main day looks to be as informative as it is full, covering the subjects like branding, AI, innovation, funding and teamship. There’s even time for a discussion which will attempt to answer the question ‘why is a startup a never ending fuck up?’

Aside from the president of Estonia and a collection of Silicon Valley natives, the three days will see some of Estonia’s most successful CEOs take to the stage, including Kristel Kruustük, who was chosen to be the best young entrepreneur of the year; Andrus Purde, a specialist in marketing analytics and growth hacking; and Erik Kulu, and expert in nano-satellites.

The final day starts later, at 11am, an anticipation of the feeble arrival of the previous night’s after-party attendees, which will be headlined by Tommy Cash.

Tickets will go fast, last year’s event having sold out completely. Tickets are currently €139, but will rise to €179 on 1st December.