Scaled Robotics is bridging the gap between construction’s age-old habits and new technology. 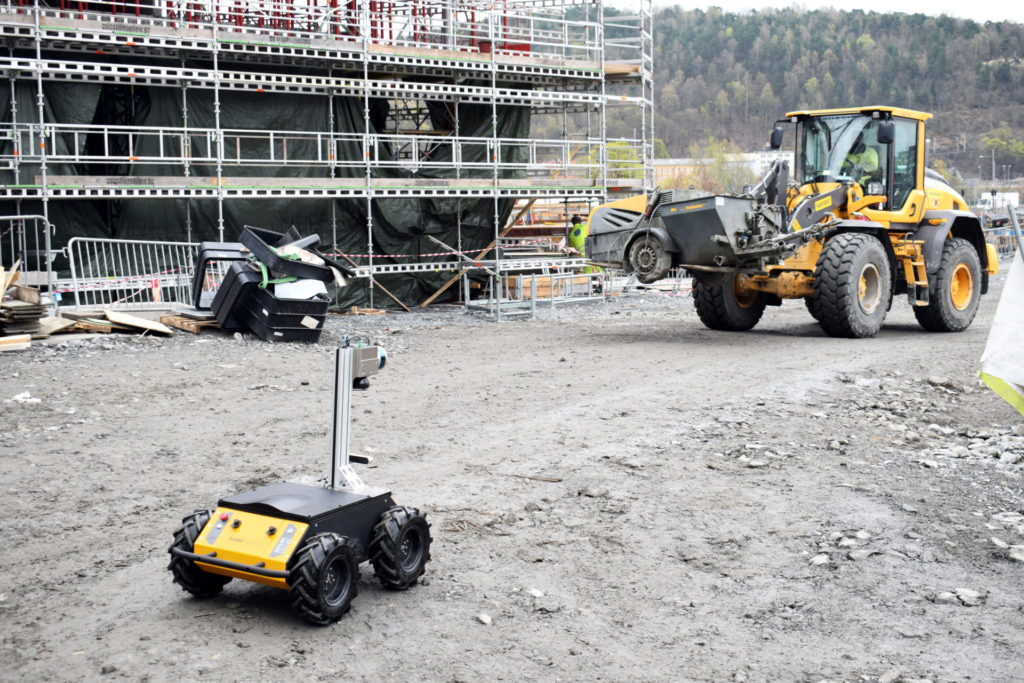 In the EU, the construction and demolition industries generate more than 450 million tonnes of waste every year. Of that amount, roughly 75% is sent to landfill sites. Besides farming and mining industries, construction is the biggest quantitative contributor to the growth of landfill sites.

One of the reasons the construction industry has such a high waste turnover is because it is particularly inefficient. Construction in the EU has not had a technological revolution in centuries, and it is largely a conservative sphere, meaning progression towards sustainability has been very slow.

Cement is the source of roughly 8% of all carbon dioxide emissions in the world. Nonetheless, it is still one of the main materials used in construction. And despite huge software advancements, construction has not integrated the use of digitised tools. That is, up until now.

A modern take on quality control

In today’s startup landscape, “the best solutions are ones that infiltrate existing systems and optimise from the inside,” Scaled Robotics CTO Bharath Sankaran told 150sec. For this reason, he says, Scaled Robotics is a much-needed modern take on quality control in construction.

When it came to starting their company, Sankaran insists that he and his business partner CEO Stuart Maggs were not “two Silicon Valley bros” looking to launch a cool startup. Rather, they both wanted to make a genuine impact. Maggs — an architect by training — was frustrated with the limitation of tools in construction, while Sankaran wanted to apply his AI expertise into a real-world scenario.

Scaled Robotics’ robot is an on-site machine that monitors progress and supplies an actionable snapshot of the area. There is no limit to the square footage the robot can cover. A scan of 200,00 m2 with a traditional laser takes eight hours, while with Scale Robotics’ machine, it takes only 40 minutes.

Sankaran admits that speed, in this instance, is a compromise for accuracy. Acknowledging that slower robots tend to be more precise, Scaled Robotics also processes data from capture platforms outside of their own. Clients can use different modes to scan their site and send the raw data to Scaled Robotics for processing and visualisation.

Because Scaled Robotics identifies errors in near real-time, the startup helps prevent catastrophic downstream effects. For example, Scaled Robotics can detect structural and facade errors. One of the company’s clients even discovered their beam measurements were shifted by 10 cm: an issue that could have resulted in a complete rework of the building.

Challenges in the construction industry

“Innovation can’t disrupt the workflow” Sankaran noted. For Scaled Robotics to be successful on construction sites, it has to seamlessly integrate and show real value for clients. Not to mention, he added, construction is a slow feedback industry. It can take months to build basic structures, and previously, any errors acknowledged have been found too late to avoid serious problems.

Another challenge for Sankaran is what he calls the ‘pager-to-cell phone’ philosophy: the process of acclimatising clients to robotic technology. Especially in a conservative industry like construction, having a robot on-site is distracting. “If the technology gets noticed, it’s not doing its job,” Sankaran said. Instead, if the tech is a routine part of construction, it’s accepted and trusted.

Climate change and awareness of the environmental costs of construction also play a role in Scaled Robotics’ philosophy. While transport, plastics, and energy consumption are often the main focus of sustainable efforts, the environmental impacts of construction can go overlooked, Sankaran explained. Construction addresses a fundamental human need: shelter. Because shelter will always be part of existence, if it can be more sustainable, the effects on society as a whole are huge.

The future of Scaled Robotics

Scaled Robotics currently has pilot phases active in Europe, the Middle East, the U.S and Asia. In 2019, the startup won TechCrunch’s Disrupt Startup Battlefield Berlin, and in February 2020, secured a €2 million seed funding round. So, what does the future hold for an already-soaring startup?

In the short-term, Scaled Robotics is transitioning from piloting phases to paid pilots, as well as expanding its team. Meanwhile, Sankaran says the long-term focus will be to roll out more product features, as well as deliver additional functionality like health and safety analysis.

Sankaran insists that his startup’s technology is not designed to replace people’s abilities, but rather to identify what has never existed beforehand.