A whistleblower’s war against off-shore banking 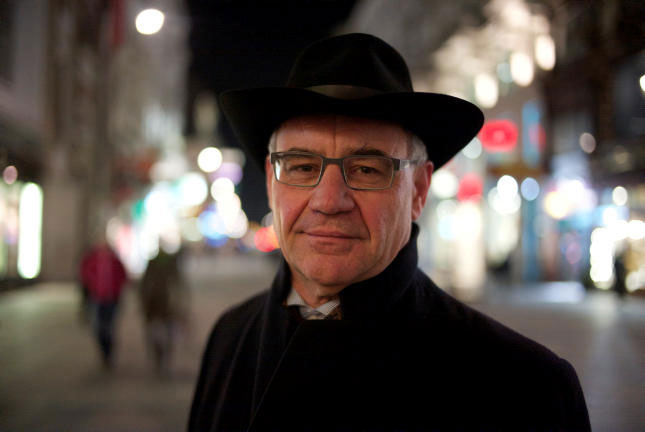 ‘‘I feel really destroyed. I went through a financial, social, professional death.’’

It was in 2011 when Rudolf Elmer stood in front of the press with two CDs in his hand, allegedly containing the names of over 2,000 offshore banking clients. That the disks were, in fact, empty did not prevent the publicity scoop, he recalls in our interview. “What went through my mind is I’m sending a message out to the world. And the message was my story.’’

Rudolf Elmer is one of many whistleblowers that have attempted to take on some of the world’s largest institutions and expose illegal handlings. But speaking out came at a high personal cost, culminating in months spent in prison and a psychological breakdown. Fourteen years later, the question remains as to whether justice has been served.

In the pursuit of truth

Last week the owner of Wikileaks, Julian Assange, was rumoured to be expelled from the Ecuadorian embassy where he is currently seeking asylum for breaching ‘asylum terms’.  Assange’s name has briefly made headlines again and the debate about whether he is a hero or a criminal reared its head.  But as with many whistleblowers, the struggle continues even after the media storm has settled.

‘‘What is happening to Julian Assange is actually the very same thing what happens to most or even every whistleblower,’’ Elmer told me ahead of speaking at the Horasis Global Meeting.  ‘‘After having blown the whistle life becomes difficult…and secondly, civil society loses interest in what happens with the lives of whistleblowers.’’

Elmer had been a private banker and trusted employee of the Swiss financial institution Julius Baer Bank & Trust Company Ltd since the 80s.

After a long career in Zurich, Elmer was promoted to internal auditor at the company in 1994. His new role for Julius Baer would also lead him to the Cayman Islands. When he arrived, the chief accountant of the company welcomed his move to ‘‘the other side of the fence’’.

Indeed, the picturesque Cayman Islands have long become a symbol of shadow banking, the dark side of the financial industries. They are one of many off-shore sanctuaries where tax freedoms and financial loop-holes make for a lucrative place to protect money, and there are a number of recognisable bank institutions that can be found there. The small Caribbean island has been the subject of institutional mishandlings which has since led to the introduction of the Island’s Whistleblowing Protection Law in 2015. 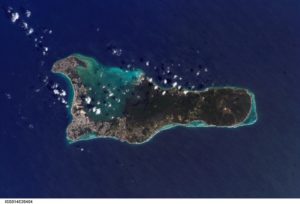 This was not in place, however, in the controversial series of events that led to Elmer losing his job. In 2002, he failed a lie-detector that is employer claimed to be routine – a measure he later tried to dismiss as unlawful with the help of a lawyer.  He was abruptly fired from his position without any severance pay or contractual promises.

‘‘They threatened that if I take the bank of court, they’re going to finish me off: a clear message,’’ Elmer recounts upon returning back to Switzerland. Elmer claims that himself, his wife and daughter were all terrorised by individuals associated with his former bank after losing his job.

He instead chose to send confidential back-up data that he still had within his possession to Swiss tax authorities in a bid to raise the alarm. In 2005, instead of going after the bankers implicated in his data he was arrested and held for 30 days for breaching confidentiality laws for attempting to leak the information.

Two years later he threatened to take data public if they didn’t stop following Elmer and his family. The whistleblower claims that Julius Baer employees, set on discrediting Elmer, then disclosed information to his next employer which led to Elmer’s firing, and failure to find further work.

Allegations of other threats conducted by the former financial employee also came to light in the coming years, such as falsifying a document and conducting threatening phone calls, and the pressure on Elmer continued to grow.

In 2011 the story erupted when Elmer delivered the mentioned CDs to Wikileak’s Julian Assange at a public press conference. Among the files shared with WikiLeaks were the alleged names of countless politicians and officials from all over the world, who were implicated in unlawful financial handlings. ‘‘The disks where empty…I’m not that stupid to hand over CD’s publicly when the UK police is next door,’’ Elmer explains. Yet he was arrested shortly after, once again, and this time spent 220 days in solitary confinement.

‘‘My wish was when I was 22 was to have an interesting life, that really happened”, he says when he recalls how his decision to go public would change every aspect of his previous life.

The results of whistleblowing led to an ongoing legal battle between Elmer and various pillars of the Swiss financial and legal systems.  In addition, he was discredited from working in finance, a sector he loved, was required to pay staggering legal fees and even had a dramatic collapse which left him in a psychiatric ward for a brief period.

Is Switzerland shielding its financial industry? 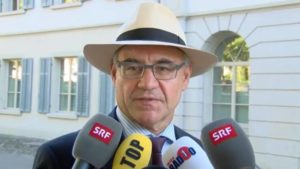 Elmer suggests that Switzerland has a ‘‘morally corrupt judicial system to protect the financial industry, as simple as that’’. Although the country’s Supreme Court ruled 3-2 last year that Elmer was not guilty of breaking Swiss financial confidentiality laws – which could have seen him imprisoned for three years – there have been legal hurdles throughout the process.

‘‘(The authorities) have to protect the golden coffer and they can’t accept that a whistleblower or any truth teller or conscientious objector who reports a crime in the financial industry in Switzerland walks away and is the hero. That can’t be’’.

There are examples that back up Elmer’s claims that the Swiss judicial system is either choosing not to pursue criminal cases linked to banks or being ineffective at doing so. In 2017, HSBC paid French prosecutors 300 million euros to end a probe into the Swiss-arm of their company for tax evasion.

Swiss sentences for whistleblowing also appear harsher than other countries. For example in the case of Swiss Leaks’ Hervé Falciani, who Spanish authorities refuse to extradite to Switzerland because there are no equivalent Spanish laws linked to his charge of ‘aggravated financial espionage’.  Earlier this year the Financial Times explained that Switzerland remains behind other countries when it comes to protecting whistleblowers, and structures mean that the Swiss financial system is able to continue working unabated.

‘’Has Justice been served? In my case, justice no, on the contrary, life is punished.’’

Rudolf Elmer has pried open the lid on his country’s secretive banking industry and attempted to fight the legal system singlehandedly. However, as of yet, there is no change to the Swiss financial system or the laws established to protect it. And so far, there is little coordination between countries or larger institutions such as the EU or the UN on whistleblowing protections.

‘’Has Justice been served? In my case, justice no, on the contrary, life is punished”, Elmer concludes.

Even though the cost of professional suicide has left a permanent mark on Elmer, he remains an advocate for holding the financial and legal systems accountable. And he considers himself lucky as opposed to other whistleblowers who are now in exile or imprisoned around the world: “‘I do so for the whistleblowers who actually went down the drain, I feel I have a responsibility to do it because I can”.