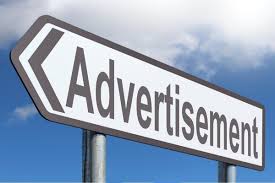 Following an annual study by the Interactive Advertising Bureau (IAB) in Europe, their research has revealed that alongside seeing a vast amount of growth in most European advertising markets, the largest benefactor for 2017 was Eastern Europe.

The CEE countries to see the largest amount of growth were Belarus (33.9%), Serbia (23.7%) and Russia (21.9%). Although Eastern Europe has experienced staggering advancement in the last year, Europe’s largest markets are the UK (€15.6bn) Germany (€6.6bn) and France (€5.1bn) whom all also experienced considerable gain according to the study.

The organisation that carried out the study is a Europe-wide online advertising association that oversees the innovation as well as regulation of digital advertising across the continent.  Addressing the needs of both consumers, businesses and users, the group closely follows policy developments in areas such as data protection and contribute expertise to users rights. Other ways in which the organization supports the advertising ecosystem is by producing studies, white papers and events whilst also encouraging business engagements and education opportunities.

The AdEx Benchmark 2017 Study is now in its twelfth year of running and looks at data from all 27 European countries in order to produce the annual report. Following this year’s results, the organisations’ CEO Townsend Feehan was quoted expressing pleasure at the results.

“The digital advertising industry has experienced another year of strong double-digit growth in Europe confirming its role in underpinning the delivery of digital content and consumer experiences.’’

This year results pointed to an increase in mobile display advertising which has expanded by an average of 40% as well as seeing growth within video advertising. The development of digital advertising naturally chimes with an increased use of digital devices across Europe, which saw for instance 125.6 million smartphones were shipped to Western Europe last year alone. As these statistics continue to rise, it is likely that display advertising will eventually top other methods of advertising such as ‘classifieds’.

The study has also come at an interesting and pivotal time for the advertising industry as last month’s EU-wide GDPR regulation has been an attempt to protect citizens data against companies, such as advertisers, who collect cookies, tags and other personal information that users have not authorised. Though already in place, at this point it is unclear what the full and eventual effects of GDPR will have on industries that rely heavily on data collection points.