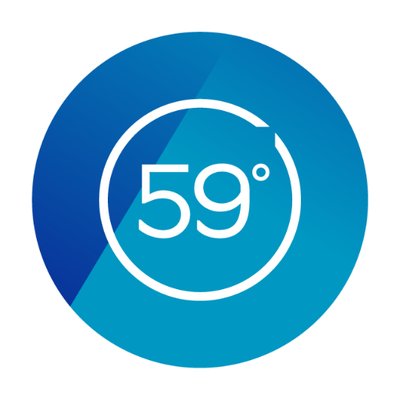 Latitude59 is Estonia’s answer to the future of technology. The flagship startup and technology event invites investors, startups and attendees from over 100 countries to explore the city and get further involved with a bustling tech scene. The two-day event that takes place in Estonia’s capital, Tallinn, has so far welcomed 2000 participants last year alone alongside providing a number of talks and networking sessions.

This year the event will be hosted on 24th and 25th of May and focussing on the themes of ‘Founders’, ‘Future is here’ and ‘Digital Society’, anticipates an even bigger attendance in Estonia, which boasts both the world’s only functional digital society and largest amount of startups per capita in Europe. With support from the EU European Regional Development Fund, Tallinn City and Startup Estonia, to name just a few, the event is anticipated to reveal and explore a number of promising avenues in startups and digital technology.

So, in the run-up to next month’s we take a look at some of the exciting speakers that can be found at the conference.

The Polish-born founder of Malwarebytes launched his platform in 2004 to offer protection solutions to largest internet threats facing computer users. His deep-seated interest in cyber-security, an increasingly important topic in the digital realms, however actually began when Kleczynsk accidentally downloaded a virus onto a computer at the age of fourteen. Since launching, Malwarebytes has ballooned into a huge security technology used around the world and has seen Kleczynsk be awarded CEO of the Year in the Global Excellence Awards as well as be given a position in Forbes 30 under 30 and Silicon Valley Business Journal’s 40 under 40.

It is certainly an interesting time to delve into the world of cryptocurrencies, ICO’s and the growing industry of digital investments. Former founding CTO of Angelist, Slayton took on the challenge when he launched CoinList just last year. Since then, the platform has allowed for over $300 million of Initial Coin Offerings (ICO’s) that have been then channelled into a number of promising new companies and concepts. According to his LinkedIn, his specialities include coding, startups, crypto and love and so sets the scene for an interesting speech at next month’s Latitue59.

With an impressive list of former employment in senior positions at AOL, LinkedIn and Orange, Laurence is now a key player in driving engagement through the Pipedrive platform, a Sales Management technology for fast-growing businesses. Her work is focussed on building awareness within business in four different countries and she also manages an extensive team that specialises in marketing, customer solutions and sales.

Fifty Years is a seed fund that supports startups that aim to re-shape and solve the world’s most pressing problems with the support of forward-thinking technology such as Memphis Meats. Alongside investing in inspiring startups and being the founder of the San Francisco based venture fund,  Bannon is also co-founder of impact.tech, CEO of Amicus and has been named in Forbes 30 under 30 twice already.

The ever-growing list of speakers is set to cover a series of interesting topics over the two days and tickets can be obtained here.