The Horasis Extraordinary Meeting on the United States of America, due to be held online on March 18, will offer a platform for an exchange of views between U.S. and world leaders. 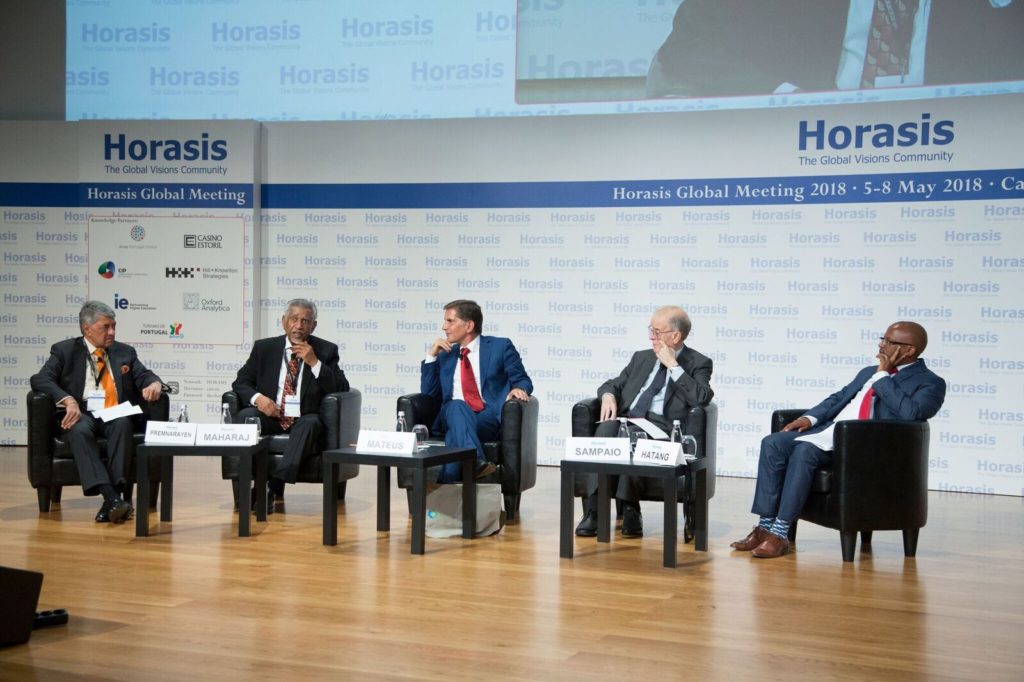 As the United States enters a new era under the leadership of a president who has vowed to usher in “a time to heal”, a leading think tank will bring together high-profile figures from different parts of the world to discuss how the country can restore its battered global image.

The online meeting, which will be held on March 18 under the theme “Rebuilding Trust”, is organized by Horasis—a Switzerland-based independent organization committed to “inspiring the future”.

Entitled “Horasis Extraordinary Meeting on the United States of America”, the one-of-its-kind gathering will offer a platform for an exchange of views between the new U.S. administration and 1,000 selected world leaders, including heads of state, government ministers, and industry leaders.

Among the political leaders slated to speak at the event are:

A tarnishing of America’s international reputation was a constant during the four-year presidency of Donald Trump, especially among the superpower’s key allies and partners.

Gallup, which conducts annual surveys assessing how others perceive the U.S. as a leader in the world, reported in December last year that approval ratings “are at new lows or they tie the previous low” in 20 of the 29 countries and areas polled.

Two of the nation’s staunchest allies, namely Germany and the United Kingdom, were among the countries where approval hit new lows.

“On its face, this decline is not good news for the next U.S. administration, but even worse news is the number of allies on the list of countries where approval dropped to historic lows: Ireland (20%), the United Kingdom (15%), Denmark (14%), Switzerland (10%), Germany (6%), and Iceland (5%),” the polling company wrote.

NATO ally Albania stood out as the only country where the U.S. earned majority approval.

Gallup’s findings square with a Pew Research Center report published earlier, which pointed to a sharp decline in favorable impressions of America among its traditional friends, such as the UK, Germany, France, Japan, Canada, and Australia.

In the tumultuous year of 2020 and amid the chaos of the coronavirus pandemic, it did not help that the U.S. continued to disengage from the world stage by pulling out of the World Health Organization.

However, the nation’s image is expected to improve following the departure of Trump and the arrival of Biden, who embraces the value of transatlantic alliances and has promised to re-engage constructively with other nations, beginning with allies in Europe.

By contrast, early reviews for the former senator and vice president are much more positive, according to a new Pew Research Center survey.

Large majorities in Germany (79%), France (72%) and the UK (65%) express confidence in Biden and optimism that relations with the U.S. will improve now with him in the White House, the report says.

“The world is facing challenges not seen in generations,” said Frank-Jürgen Richter, chairman of Horasis.

“The time is now for leaders to come together and rebuild trust in our multilateral institutions to help deliver societies from the depths of economic depravity and create a more just, equitable, and sustainable future for everyone,” he added.

In addition to exploring actionable plans that can help rebuild trust in the U.S., participants in the Horasis Extraordinary Meeting on the United States of America will discuss a wide range of issues, such as novel business models, frontier thinking, sustainable investment, and political cooperation.

Various inter-governmental organizations will be represented during the virtual meeting, with the list of delegates featuring:

A number of influential leaders from a wide spectrum of industries will co-chair the meeting, including:

Founded in 2005, Horasis holds a series of meetings throughout the year to “explore, define, and implement trajectories of sustainable growth” and “provide strategic foresight to public and private entities who envisage growing into global and principled organizations.”