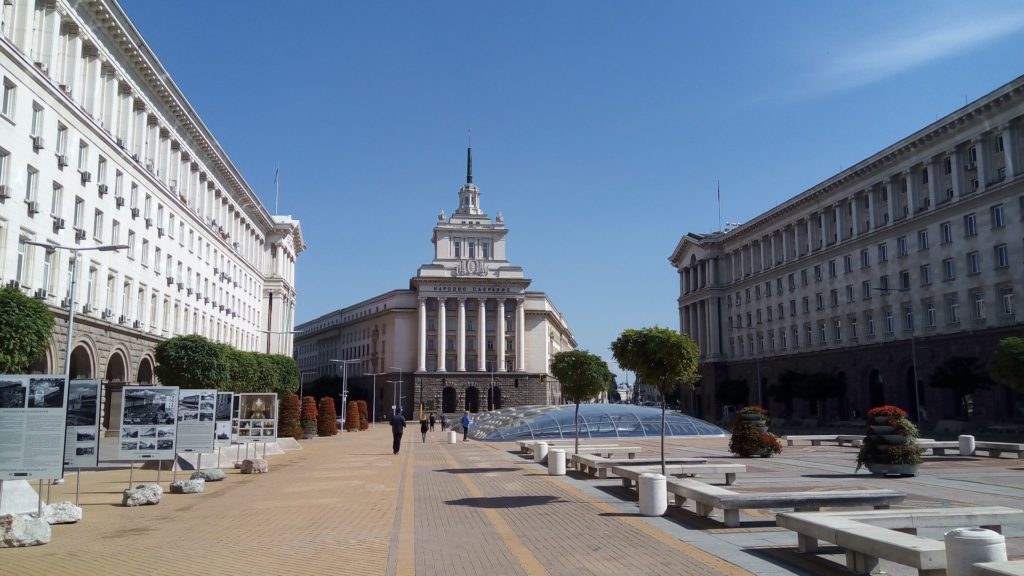 It was back in 2012 when Janet Todorova, now the speaker and relations manager of Bulgarian-based DigitalK first ventured into the technology scene. It took just a visit to a local startup weekend for her to become involved in the Eastern European countries blossoming tech scene.

What DigitalK is part of, is an evolving startup ecosystem that incorporates talent from across countries within CEE. It is a community of events organisers which see the potential in collective partnerships, in sharing ideas and supporting each and every innovator.

The annual tech conference, which gears attendees through digital transformation and boasts a stellar lineup of speakers, has grown since its launch in 2010 by Economedia. Created at the cusp of Sofia’s startup boom, DigitalK was originally pitted as a corporate event and sought corporations and marketing companies for attendance, before evolving into the exciting innovation community that the city holds today.

‘‘There was a significant amount of investments which helped a few smart guys to experiment. The good thing was that many founders failed but then tried again and by the second and third they’re actually successful,’’ Todorova told 150 Sec.

The setting of Bulgaria, amongst other Eastern European countries such as Macedonia, Serbia, Croatia, Albania and Greece, are currently perceived as slightly behind the tech developments of western neighbours such as Berlin or London. However, that is exactly why the country has so much potential to advance. CEE’s opportunities for startup growth alongside less competition is why DigitalK is just one of the pioneers that are bringing Eastern Europe’s most exciting innovators together. The key here appears to be the need for community growth which stretches across borders rather than inward looking startup hubs.

‘‘Everybody’s looking to Western Europe and we’re not connecting between each other locals, which is probably not the right way to go.’’ Todorova told me.

‘‘When I worked in Berlin, it was very common in the accelerator to see of five people, all of them business focussed and none of them had technical backgrounds or any coding skills.  So five business people would come to us in the accelerator with the idea to change something. Here in Sofia I usually see the opposite, I see five developers coming to an accelerator program saying ‘we have this awesome product idea and we’re going to change the world.’’

‘‘In one case the guy’s biggest challenge was to find a developer to actually work with as a co-founder because they couldn’t innovate in that way. In Bulgaria we have the technology, we know how to build it, we can build it fast, cheap and reasonable, but we don’t have the business people to validate it, to talk to people.’’

DigitalK brings together startups, investors and corporations and joins a select few other gatherings that are beginning to work together to connect innovators with leading specialists from a variety of industries – as well as connect event organisers themselves.

Another leading event that specialises in the are is the Movers and Shakers Summit, or the pre-party before the widely known Pirate Summit, and it is a gathering geared at the local ecosystem builders. With an aim of bringing together the network’s conference organisers, the event aims to provide a space for them to celebrate and network themselves instead of running the shots from behind the scenes. Much like the unusual and creative Pirate Summit, Movers and Shakers is exciting and brings together Eastern Europe’s top tech innovators into one exciting area.

This year, Todorova not only attended the Movers and Shakers summit on behalf of DigitalK, but also hosted one of the panel discussions. ‘‘There is a very fragmented startup scene in Europe but a the same time, we’re all facing the same challenges and the same problems.’’ It was at a discussion table that Todorova and other tech event organisers realised that collaborative working would make the entire tech scene in CEE more efficient.

One of the largest takeaways from the Movers and Shakers sumit were discussions around the stages of an ecosystem, ‘‘right now you have different eco systems,’’ says Todorova. ‘‘If you collect different scenarios, you can actually find the pattern for success as well as avoid mistakes already made by others’’.

Of the patterns between conferences, and a key development for this year, has been the substantial growth of blockchain technology. When Todorova recently came together with other event organisers, they sprung the idea of applying blockchain to the events themselves and potentially allowing attendees to become shareholders in the gathering and adding more value to the community.

The hurdles that event organisers within the tech sphere face, especially in western Europe, is a space that is saturated with a constant flow of events that offer speakers, networking and access to investors. There are however benefits to providing startups with a number of options, which Todorova also spoke of.

‘‘You’re still spreading the word and some kind of vision and mindset…and the ecosystem is so big… so in order to cover all these people and spread the news quick enough, you need this’’.

On the contrary, the size of events in Sofia meant that specialists at all levels of a company from CEO’s to entry-level staff had the opportunity to make connections across much more localised events. The scalability is a key benefit in eastern European technology that makes the area so appealing to startups from across the world – and something innovators should capitalise on now.

This year’s agenda for DigitalK is looking to expansion. The event organisers plan to bring more visibility to the startup ecosystems in the Balkan region and bridge CEE with global developments in technology. Setting their sights on welcoming speakers from Asia, as well as Silicon Valley and Europe;  blockchain, fintech and software development are top of the agenda as the industries continue to pioneer exciting developments throughout the coming months.

Todorova displays a enthusiasm and excitement about CEE’s tech scene which is not unwonted. What is especially exciting about Central and Eastern Europe’s overall startup ecosystem is how young it is, and as a result, how much room there is to grow and collectively develop. CEE’s events organisers are the pioneers who are set to facilitate that.