‘Yugonostalgia’ is not only a term for those reminiscing about the past, it has also turned into a major trend for tourism entrepreneurs. And between browsing Belgrade for Tito posters or touring East Berlin in iconic ‘Trabis’ (Trabant cars), the dive into socialist history is fuelling the economy beyond the Balkans across the CEE region. What are the potentials and limits of this communist nostalgia turned entrepreneurial business?

Mario Milakovic’ invention of the time machine was purely accidental: Returning to his home in Belgrade as a design graduate, he decided to become an Airbnb host for some extra income. Looking for cheap furniture, he found that pieces produced in the former Socialist Federal Republic of Yugoslavia (SFRY) were most easily available. What he did not expect, however, how much visitors loved this ‘retro’ look – turning his apartment soon into a “stay-over museum”.

Today, his “Yugodom” has become a full-time business and tourist draw for those wanting to physically emerge themselves into what life in the former SFRY felt like.  And after being woken up by the vintage alarm clock in faded orange, Belgrad’s (time) travelers can continue the journey through history by touring around in a ‘Yugocar’, Zastava Scala, whilst listening to tales of life and politics of the cold war era.

Yugonostalgia, en vogue: The’Yugodom’ allows visitors to travel back in time to the designs of the former SYFR. Image courtesy: Instagram/@Yugodom

Paradoxically, typical visitors willing to pay for these ‘nostalgic’ experiences are often international tourists that have little to no previous knowledge of Yugoslavia.

“They appreciate the vintage and retro aspect of it, rather than a country that doesn’t exist anymore”, Milakovic explains the draw of the ‘Yugodome’ for its international clientele to BalkanInsights.

Yet underneath the commercialization of ‘Yugonostalgia’ for tourism lies the fact that many inhabitants of the former SFRY states still think of these times as a ‘golden era’. According to a 2016 poll, 55% of Croats, 77% of Bosnians and a staggering 81% of Serbians regret the break-up of former Yugoslavia.

The dangers: Idealization vs. ‘Disneyfication’

For the curious or nostalgic, is there any issue with business recreating a former Socialist Republic? The dilemma that historic heritage tourism often face is that historic events themselves are rarely a single story. And that the story that tourist want to pay for might be a completely different version still.

A case in point is how to retell the political legacy of former President Josip Broz Tito. Without a doubt the centerpiece of ‘Yugonostalgia’, Tito keeps enjoying popularity even nearly 40 years after his death.

“He was loved by the British for his Second World War anti-fascism, by many due to his resistance to Stalin, and by his people for high living standards, freedom of travel and life under very soft or liberal dictatorship”, once explained Historian Predrag Markovic to the Independent.

Yet Milos Nicic, a cultural studies lecturer at Belgrade who has followed the rise of Tito-tourism in the Balkans warns against making Tito a “pop figure”.

Indeed, Tito’s Yugoslavia does not only come alive with golden retro wallpapers. It also lives within in the silent walls of Goli Otok. The abandoned site of grey concrete nestled away on a barren Croatian island used to be a notorious political prison and labor camp for Tito’s opponents.

Yugoslavia, or the SFRY, broke early with Stalin and was not part of the Soviet Union. Some argue that the SFRY was much less repressive on its people. But even if it was a ‘vegetarian dictatorship‘, as sociologist Aleksa Djilas puts it when speaking to the Independent – it was a dictatorship nevertheless, and the estimated 15,000 people sent to Goli Otok are the witness of its darker side.

Can tourism then bring alive the stories of violence and repression, too?

To answer this question, you need to head deep in Lithuania’s forests, and about six meters underground: In the ‘Soviet bunker’, tourists will spend three hours trapped in what is called the ‘1984 survival drama’. The role play is not for the faint-hearted, including being left to the humiliation and intimidation of re-enacted Soviet guards in cold, pitch-black corridors.

‘Dark tourism’, or re-enacting violence, death or atrocities that have taken place within living memories, is not without controversy. Retelling these painful memories through memorials, museums or tours often aims to be an urge for ensuring peace. Yet when private tourism operators come in, some fear that it turns remembrance into a “Disneyfication” of violence.

In short, a Catch-22 situation: Tourism entrepreneurs are expected not to omit the darker side of history – yet if they do, they have to defend themselves against the commodification of suffering.

There is another second paradox for tourism evoking Socialist nostalgia: Branding it as an anti-capitalist statement.

In Germany, for example, a new term was invented to describe the revival of the former Democratic Republic of Germany in pop culture and consumerism: Ostalgie, literally ‘nostalgia for the east’.

Nearly every explanation of why Nostalgia about the Socialist era past has a revival starts with the economic hit that the population of Eastern Europe and bloc states felt after the disintegration of the Soviet Union. The promises put in the transition to liberal market economies had, for many, simply not held up.

The incredible irony of the ‘Ostalgie’ market boom, however, is how buying a for-sale Ostalgie experience is branded a political critique of capitalist consumerism. “Socialist markets”, believes a team of Marketing researchers that studied the phenomenon, “are ultimately strategies for capitalist societies to transform political dissent into highly emotional consumption adventures.” 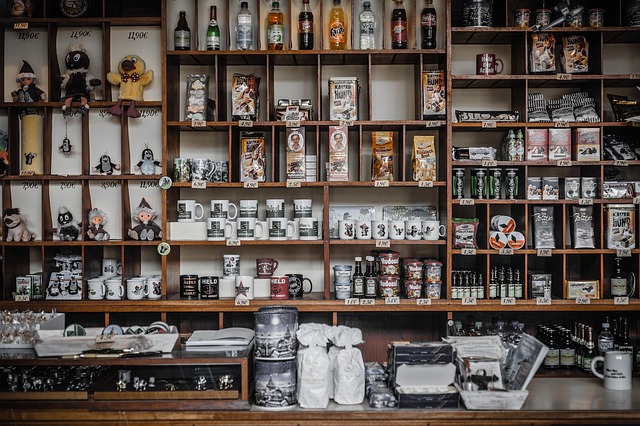 In Germany, ‘Ostalgie’ triggered the revival of brands and products of the former German Democratic Republic – not without controversy.

“The End of History?” In the fateful year of 1989, Francis Fukuyama’s famous essay embodied the optimistic feeling that as Communism was imploding, free markets and consumerism were finally to begin their uncontested reign. 30 years fast forward, business is more keen than ever to keep the communist history alive in consumer culture, and reviving the past is nothing but en vogue. At least, for one night’s stay.