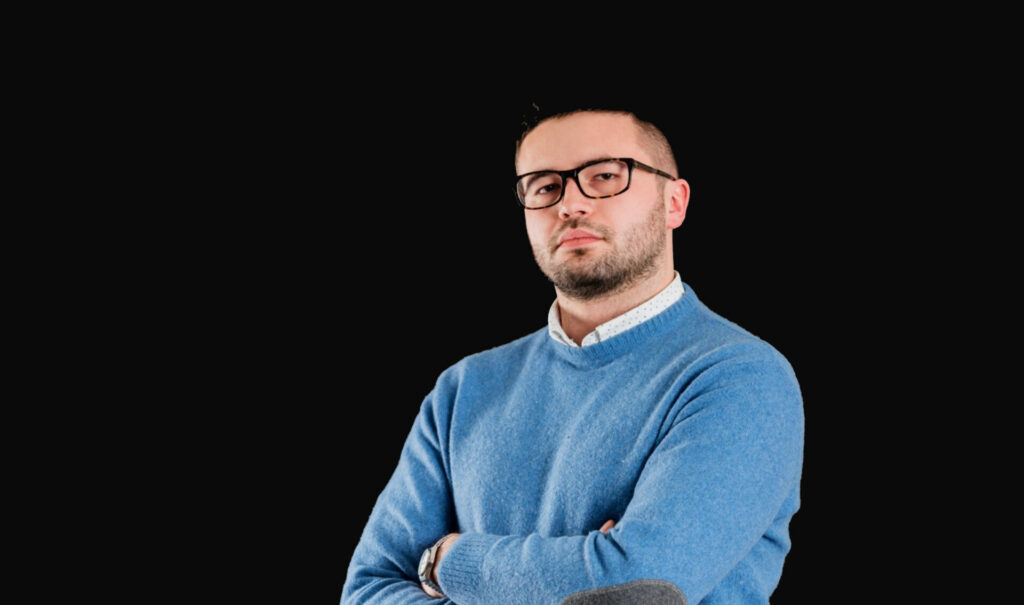 While entrepreneurship has taken a giant leap forward across most of Central and Eastern Europe in recent years, the area of former Yugoslavia is still taking baby steps toward developing a vibrant startup ecosystem.

Yugoslavia was one of the most connected countries in the world at the height of its power, but long years of war and destruction wreaked havoc on it, plunging it into global isolation and leaving it out of the picture of the growing entrepreneurial scene in the neighboring regions.

With the exception of Slovenia, which was the first former Yugoslav country to join the European Union in 2004, the former Yugoslavian economies have a long way to go to be recognized as powerful startup hubs in the world despite their recent accomplishments.

Armin Konjalic, a leading expert who has been involved for years in establishing startup ecosystems and supporting entrepreneurship across CEE, says this slow progress has its roots in a combination of factors that are a legacy of the war era.

Konjalic, who is from Bosnia and Herzegovina, believes the brain drain that took place during and after wartime was a huge blow as it emptied this specific region of the “exceptional” professionals and intellectuals it had in a wide range of industries.

Speaking to 150sec, he said another reason why the former Yugoslavian countries are lagging behind CEE in embracing entrepreneurship is that war profiteers became the post-war elite and promoted the kind of mindset and regulations that were opposed to the spirit of business creation and self-employment.

“Working for government organizations was glorified and was considered the best path to financial security and stability, and this way of thinking became deeply ingrained in the minds of parents who kept encouraging their children to work in the public sector. Entrepreneurship was actually looked down on and frowned upon,” he explained.

And when the CEE countries began to go down the route of privatization, the private sector had a negative connotation attached to it in former Yugoslavia as it was associated with black economy and exploitation of the workforce, he added.

Konjalic maintains another issue that prevented the entrepreneurial scene in this part of the world from thriving was the fact that a large portion of people living in the post-war Yugoslavia got used to living on donations from national NGOs, international organizations, and relatives from diaspora.

“This mindset still prevails, and many people think they are not capable of starting a business and making a living for themselves,” he said, adding that this pessimistic attitude and a lack of aspiration have cast a shadow of darkness over the startup landscape in the area.

Limited exposure to the developments taking place in the startup world in CEE and the almost non-existence of prominent role models that could inspire a generation of entrepreneurs also played a role in shaping the current situation, Konjalic noted.

However, he thinks progress is being made toward strengthening the entrepreneurship culture in the area of former Yugoslavia as more successful business owners and innovators are emerging, with Mate Rimac being one of the greatest success stories.

The expert was referring to the 33-year-old Croatian founder of the electric hypercar company Rimac Automobili and Greyp Bikes, a high-tech e-bike company.

In July, VW Group’s Porsche and Rimac announced they have agreed to create a joint venture that will incorporate Volkswagen’s high-performance Bugatti brand. Rimac will hold a 55% stake in the joint venture, while Porsche will have a 45% stake in the company.

What makes Rimac a great role model is that he previously turned down many offers to move his business out of Croatia and stated on many occasions that his goal is to bring automotive manufacturers to the country, Konjalic said.

“About a decade ago, I could not convince my friends or the people I was mentoring to start their own business because I could not find any example of local entrepreneurial success that they could relate to. But things are changing thanks to the likes of Rimac. The infrastructure is also improving, and venture capitalists who used to shy away from investing in Western Balkans are now actively seeking entrepreneurs here,” added the expert, who has been instrumental in bringing the first VCs to the region.

What can be done to change the status quo?

Konjalic has published several papers about the latest entrepreneurship developments in ex-Yugoslavia, including a 500-page report featuring key players, investment data, insights, and success stories of the entrepreneurial renaissance in 24 countries of the post-communist world.

In one of his papers entitled “How policy-makers can support the startup ecosystem: Policy recommendations for the Western Balkans”, he presented a proposal to increase the chances of success of startups in Albania, Bosnia and Herzegovina, Kosovo, Montenegro, North Macedonia, and Serbia.

In the area of policy and legislation development, Konjalic recommends that organizations representing local startups, venture capitalists, and business angels should be included in a government-initiated expert working group to help build national strategies for supporting and promoting the emerging startup industry.

Finance is another area where he sees room for improvement. In his paper, he suggests that access to capital for entrepreneurs be facilitated, a business angels and venture capital law be introduced, and tax benefits be offered for capital re-investment into startups, innovation, and R&D.

“The Western Balkan region is severely impacted by brain drain with thousands of young and educated people leaving their homeland each year,” he wrote, adding that local companies could leverage diaspora networks to find investors, co-founders, export partners, and brand ambassadors.

“It is necessary to create a set of collaboration tools to enhance relations between diaspora networks and local businesses,” he noted.

When it comes to business support, Konjalic feels there is a strong need to support incubators and accelerators and says governmental development agencies should use business incubators as a model to provide financial and non-financial support for entrepreneurs, especially in less-developed areas, where such programs do not exist and unemployment is high.

In his comments to 150sec, the expert said one thing that needs to be changed in this space is the fact that many of the current “so-called incubators and accelerators” are being run by NGOs who were previously dealing with social issues and have no entrepreneurial knowledge.

“So these funds need to be allocated to people who have had the experience of running successful startups because they are the ones who can mentor aspirant entrepreneurs.”

In his study, Konjalic also highlighted the importance of improving access to information for legal inquiries and developing e-government services for entrepreneurs.

As for human capital, he argues that introducing an entrepreneurial mindset through education, removing administrative barriers for hiring foreign talent, and introducing the right to grant equity to employees can go a long way.

The main steps that he believes should be taken to change the existing culture include promoting self-employment and business creation and developing pragmatic legislation flexible to new industry trends.

“A new generation of entrepreneurs might hesitate to pursue their own innovative ideas if their environment is reluctant to accept new innovations,” he wrote.

Despite all the odds, Konjalic sees a very bright future for the startup ecosystem in the area of former Yugoslavia, saying that its growth will be largely driven by a new pool of more optimistic talent, legislative reforms, infrastructure investments, and the return and support of the highly skilled diaspora.