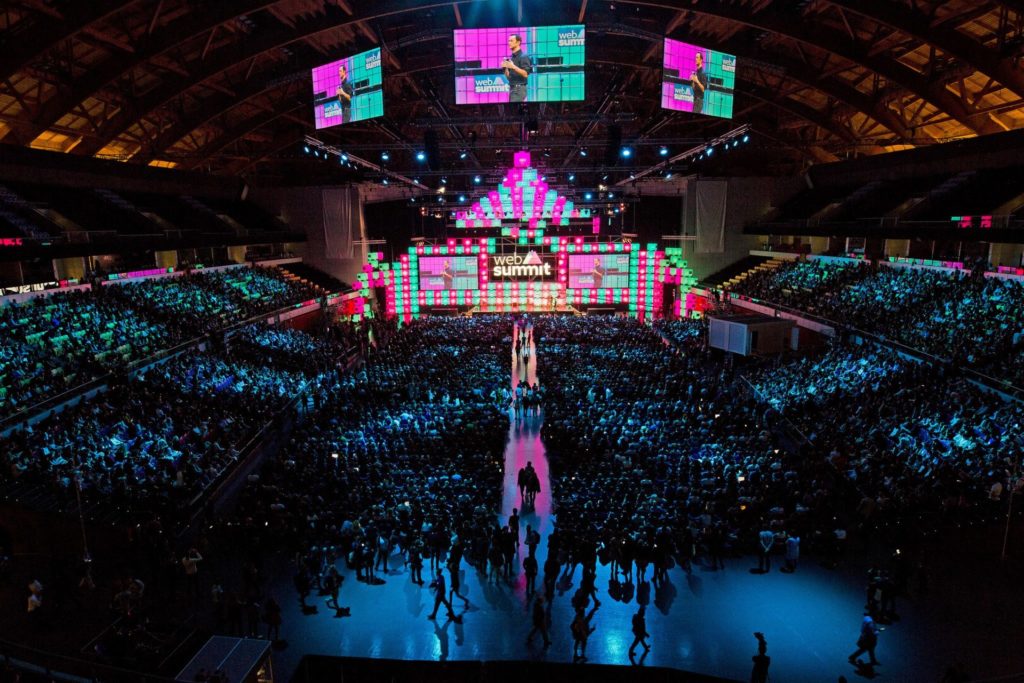 The curtain fell on the first-ever fully virtual edition of Web Summit in the final stretch of a year that will be remembered in history as one of massive global disruption, with almost all live events from around the world either postponed or canceled as part of a bid to stem the tide of the novel coronavirus.

But the end of Europe’s biggest technology conference marked the beginning of a new chapter of raised hopes for the return of large-scale on-site gatherings, which might feel like a thing of the past now amid quarantine and lockdowns.

“The venue is booked,” Web Summit’s CEO and co-founder Paddy Cosgrave told Reuters in a recent interview about the 2021 edition of the tech meeting. “I think by November Web Summit will be happening in-person, and I can’t wait.”

The event, which moved from Dublin to Lisbon in 2016, hosts around 70,000 participants every year and features an impressive line-up of politicians, celebrities, and keynote speakers from top global technology companies.

This year’s sessions were hosted on the conference’s own online platform in the first week of December, offering tech enthusiasts a much-needed opportunity to end this surreal year off on a high note.

In 2021, according to Reuters, Web Summit hopes to welcome 70,000 participants to the Portuguese capital plus up to 80,000 online, mixing in-person and virtual experiences as a way to bring more people onboard from more places.

“I have no doubt it will be just great to get everyone back to Lisbon,” Cosgrave told the news agency, adding that people who live in places such as Japan or New Zealand would be more likely to attend because of the online option.

The organizers are already encouraging Web Summit fans to save 50% on their ticket by pre-registering for a 2 for 1 discount code.

“You’ll get two Web Summit tickets for the price of one, so you can bring a friend for free,” reads an upbeat announcement on a page dedicated to the 2021 event, which is scheduled to run from November 1 to 4.

The expected return of the conference in physical format was not the only news coming out of the organizers of Web Summit, which, in the words of Forbes, is “the best tech conference on the planet” and is described by Politico as “the Olympics of tech”.

Announcing a series of expansion deals and plans, Cosgrave said recently that his Dublin-based company has signed a five-year deal with Japanese officials to host a new event in Tokyo from September 2022.

He was quoted as saying by the Irish Independent that the on-site conference will be called Web Summit Tokyo.

The Irish entrepreneur also announced that a Web Summit conference will be held in Brazil in 2022 in either Rio de Janeiro or Porto Alegre.

The event, which is produced by the team behind Web Summit, will move to Kuala Lumpur in Malaysia after five years in Hong Kong, following a three-year deal with the Malaysia Digital Economy Corporation to host offline conferences.

Though there is not much to celebrate in the lead-up to the new year, we should not let it drift into oblivion that the world has risen from the ashes on many occasions in the past and history can repeat itself.