Vision is not everything, says successful multi-time Y Combinator applicant 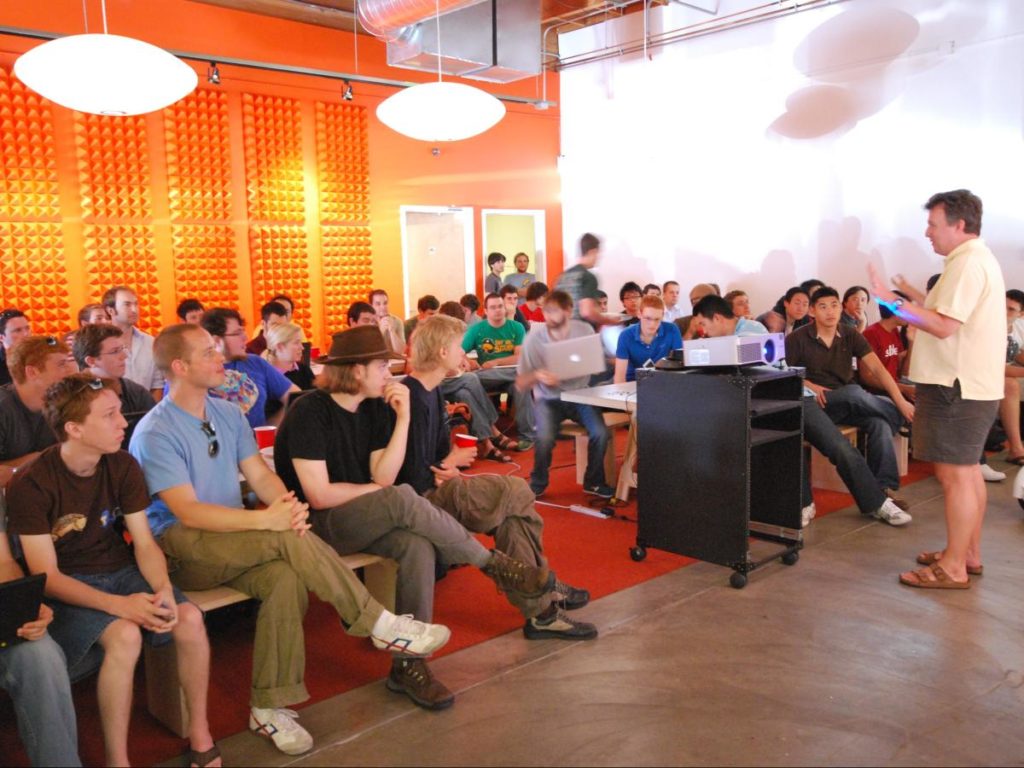 Vision is one of the main ingredients of entrepreneurial success, but like any other well-balanced experience, it is all the matter of adding the right amount of everything.

Alex Circei, CEO and co-founder at Git Analytics platform Waydev, got the mix right after tweaking his application to Silicon Valley’s prestigious Y Combinator to include just enough of his future plans and dishing up more of his present accomplishments.

“In the first interview—where we were not accepted but learned a lot—I talked more about our vision and where we wanted to be at the end of the year. But in the second interview, I told them mainly about where I was,” Circei, who applied to the accelerator program 13 times over a decade before getting in, told 150sec.

The serial Romanian-born entrepreneur says he thinks it is really important for the Y Combinator team to know more about the founders and what specifically they have managed to achieve so far because “ideas keep changing all the time but people stay.”

“There’s value in focusing on who you and your co-founders are, what your strengths are, and what is unique about you that sets you apart from others and shows why you can succeed with your company,” he explained.

This advice is along the same lines of what Y Combinator co-founder Paul Graham mentioned in a 2009 post, in which he lamented that many people fail to appreciate the importance of expressing themselves clearly.

“I suspect for every group we invite to interviews, there are one or two more that are just as good but that we pass over because they don’t manage to convey how good they are,” he wrote, telling applicants to be “exceptionally clear and concise” and provide “matter-of-fact” descriptions.

After spending “20 seconds or so” trying to understand the idea, Graham said he skips down to look at the founders to figure out what kind of group he is dealing with.

Please tell us in one or two sentences about something impressive that each founder has built or achieved: This, to Y Combinator co-founder, is the “most important” question on the application.

“I care more about the founders than the idea, because most of the startups we fund will change their idea significantly. If a group of founders seemed impressive enough, I’d fund them with no idea. But a really good idea will also get our attention—not because of the idea per se, but because it’s evidence the founders are smart,” Graham’s post reads.

Waydev’s founder believes the mindset of investing in people, not just companies, is what has made joining Y Combinator a highly coveted milestone for entrepreneurs and has helped it produce game-changing unicorns like Airbnb, Dropbox, Stripe, and DoorDash.

“I think they’re different because they care about people instead of being obsessed with the money that can be made from an idea or a business. They look at founders’ values and evaluate whether they can build a multi-billion-dollar company or not,” he said about the hugely influential accelerator.

Since 2005, Y Combinator has funded over 3,000 startups and shaped a community of more than 6,000 founders, with its companies having a combined valuation of over $300 billion.

Circei—who founded Waydev in 2017 and whose earlier ventures include Copimaj, a digital e-commerce agency, and Billme, an invoicing app—says he is excited and humbled that he is living out his long-held dream of being part of Y Combinator.

“It was like a dream for me. I always believed such an opportunity can help me build something globally significant with a meaningful impact,” added the entrepreneur, who regards admission to the program as a “validation stamp” that shows a company is on the right track and has the potential to solve a large-scale problem.

And he is confident that he has got what it takes to create “one of the biggest companies in the world”.

Waydev has earned the trust of over 300 companies, who share the San Francisco-based company’s passion for reducing developer inefficiency through a new, agile, data-driven method of tracking engineers’ output directly without their manual input.

Circei appreciates that Y Combinator warmly welcomes entrepreneurs from different parts of the world with diverse backgrounds, which “further enriches the whole experience”.

“Trust is one of the main values shared by members of the Y Combinator community and helps you seek advice and learn from the best. For example, you can easily reach out to the founders of highly successful alumni companies like Airbnb. Participants can actually receive full support and 24/7 feedback.”

Waydev’s CEO says the “amazing” Y Combinator experience is worth fighting for and encourages other founders to get professional help to craft a standout application and keep their spirit up in the face of rejection, which is “part of the entrepreneurial life”.

He also recommends that applicants take advantage of the educational content that the accelerator has “generously” made available online, just as he and his colleagues did.

“In fact, we learned so much from them without talking to them,” Circei said, adding that fellow founders can reach out to him if they need help. “The mentality of helping others is embedded in the Y Combinator culture, and I’m always there for anyone going through the entrepreneurship journey.”