The first carbon footprint labels to arrive in European supermarkets

Meat-alternative brand Quorn is due to launch its sustainable labelling later this year. Is this the start of the food industry being more transparent about its environmental impact? 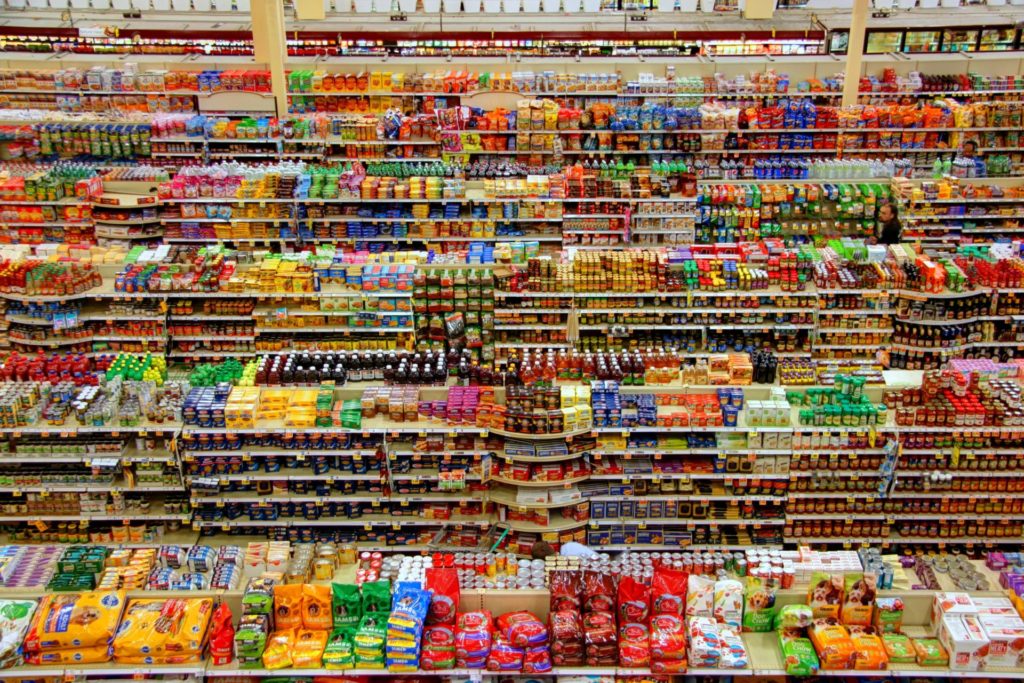 There is little surprise seeing supermarket customers flip items around to read the nutritional information on the back. After the mass production of processed foods began filling store shelves from as early as the 1950s, shoppers requested information to better understand the products they were buying.

Fast forward to 2020, and EU regulation states that ingredients, calories, sugars, fats, and salts must be clearly displayed on all food goods. Furthermore, all the nutritional information must be printed in proportion to the recommended daily allowance of each category. In addition, all allergens must be labelled, as well as the origin information for fresh meat (pigs, sheep, goats, and poultry).

According to a survey by FoodInsight, 20% of respondents said they always read the nutritional facts panel on food. And over 80% of participants claimed they look at the information in some way. The labels have a strong impact on consumption patterns. Research by the Friedman School of Nutrition Science and Policy has shown that food labelling reduced consumers’ calorie intake by 6.6%, total fat by 10.6%, and increased vegetable consumption by 13.5%.

If highlighting data about what’s in our food has the potential to change how people both shop and eat, can marking the carbon footprint of food produce the same positive results? Research conducted by Carbon Trust in 2019 reveals that already two-thirds of consumers support the idea. They were found in favor of recognisable labelling to hold food manufacturers accountable to measuring and reducing their carbon footprint.

A rise in conscious diets

In the age of climate change activism and large brands being called out for their environmental impact, the food industry has come under similar scrutiny. Food production is responsible for one-quarter of the world’s greenhouse gas emissions, while food packaging accounts for roughly 5% of the energy used in the life cycle of a food product.

In response to the alarming numbers, there has been a clear rise in people adopting conscious diets. In Europe, there are now 75 million vegans and vegetarians. From 2006 to 2016, the number of people adopting a vegan diet increased by 360% in the UK. In Sweden, 30% of young Swedes now follow a plant-based diet for health and sustainability. Meanwhile, the Irish Times reported that nearly half of Ireland would try a vegan diet for environmental and ethical reasons.

There is a clear demand for a food industry that not only acknowledges, but actively aims to combat its role in global warming. Transparency is the first step towards helping consumers be aware of the environmental price of their food. Akin to food nutritional information, showing the carbon footprint of food enables people to make smart choices about what they purchase.

On January 9th 2020, the meat-alternative and UK-based brand Quorn announced it would be labelling the majority of its food range with a carbon footprint stamp. The ‘Farm to Shop’ figure is calculated taking into consideration the ingredients used as well as the energy consumed by the factories, transportation, and the packaging.

A spokesperson for the company said Quorn had collected carbon footprint data for 60% of its products, including the 30 highest-selling items like Quorn mince, sausages, and chicken. The data has been certified by the Carbon Trust – an independent organisation working towards reducing carbon emissions with commercial manufacturers. The footprint labelling is due to be rolled out later this year, and places Quorn as the first meat-free brand to print third-party information about the environmental consequence of their food production.

Speaking after the announcement, Quorn Marketing Director, Alex Glen, said “It’s more important than ever before to be making informed decisions about the impact that the food we’re eating has on our planet”. He also added that Quorn encourages other food and drink companies to follow suit and publish carbon footprints on their products.

Micro and macro awareness of sustainability

Back in August 2019, the BBC launched a carbon footprint calculator. Website visitors select a food or drink, combined with how often they consume it, and see how that consumption contributes to annual greenhouse gas emissions. The calculator also offers comparable useage for context – for example, eating chicken once a day is the equivalent of having 512 showers lasting eight minutes.

From the rise of climate-conscious diets to the introduction of carbon footprint labelling, the conversation around sustainability in the food industry seems to be getting louder. Not only are people willing to change how they eat on an individual basis, but large brands are also being challenged to become transparent about their role  in climate change. If solutions continue to be formed on both the micro and macro-level, the potential to disrupt the food industry’s impact on the environment is huge.