Startups founded by women attracted only 1.8% of the investment in Europe 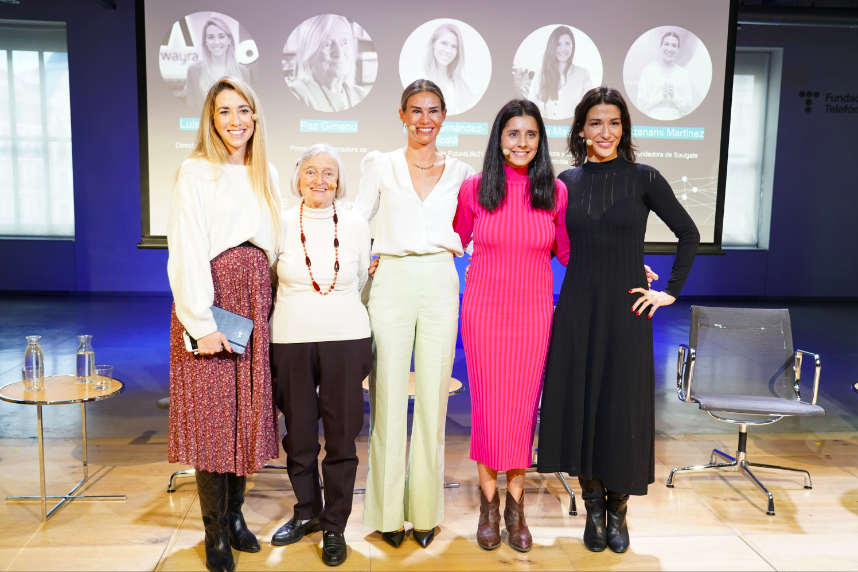 This article originally appeared in Novobrief, a partner publication from ESPACIO.

The Day of the Entrepreneurial Woman will be celebrated on November 19. In the context of this date, the High Commissioner for Spain Entrepreneurial Nation, the Telefónica Foundation, Wayra, Endeavor, and SpainCap invited different experts to discuss the obstacles and problems that women have to go through in the innovative entrepreneurship sector.

These sessions discussed the reality of women in entrepreneurship, the challenges some women face in attracting investment, and the search for solutions to the gender gap that persists in the ecosystem.

During the conference, Francisco Polo, High Commissioner for Spain’s Entrepreneurial Nation, called for “aligning all efforts necessary to end the gender gap in the sector before the end of this decade.”

“We must act urgently out of social justice, but also out of pure strategy. When you sideline women, you not only sideline half of the population, you also sideline the talent needed to have better startups,” he said.

“International studies are clear: those companies with a more significant presence of women obtain better results. If what we want is to see the sector grow, the commitment to women’s talent is an absolute necessity,” he said.

“From campus 42, we have a much higher percentage of women than the European average. We must boost entrepreneurship in rural areas, through digitization and volunteers who support and mentor. Our philosophy is to work in teams with public and private agents,” said Pablo Gonzalez, Head of Knowledge and Digital Culture, at Espacio Fundación Telefónica.

The gender gap in Spanish entrepreneurship

“At Wayra, diversity brings value. For seven years now, we have been working on an initiative to support female entrepreneurship. We lend our help to continue catapulting them in the sector as references, for the girls of the present, women of the future,” said Paloma Castellanos, Director of Wayra Madrid.

According to data from the Map of Entrepreneurship 2022, prepared by South Summit, in collaboration with IE University, in Spain women represent only 20% of all entrepreneurs in the sector, and only 6% are founded by women. Consequently, the sketch of the Spanish entrepreneur remains a male (80%), 33 years old, with high qualifications.

“Investment in startups is one of the things we are most concerned about when it comes to entrepreneurship. Between 13 or 20% of companies have a female co-founder but there are fewer and fewer, we have the commitment and obligation to do something to remedy these figures”, explained Antonio Iglesias, CEO of Endeavor Spain.

Internationally, Spain ranks 15th, according to the Mastercard Women Entrepreneurs Index 2021. This study, which analyzes the progress of female entrepreneurs in 65 economies representing around 82% of the world’s working women, also yields another fact: the female entrepreneurship rate (4.8%) is lower than that of men (5.6%).

“At SpainCap we are aware of the gender gap in the entrepreneurial ecosystem. Therefore, in our workforce, we can proudly say that 60% are women. Diversity has an added value and we know it,” said José Zudaire, Managing Director of SpainCAP.

This conference is expected to encourage investors, senior managers, and the entire Spanish entrepreneurial ecosystem to reflect on women entrepreneurs’ roles and take measures to fight the gender gap in the sector more quickly.