The Story Behind Europe’s Startup SAFARI 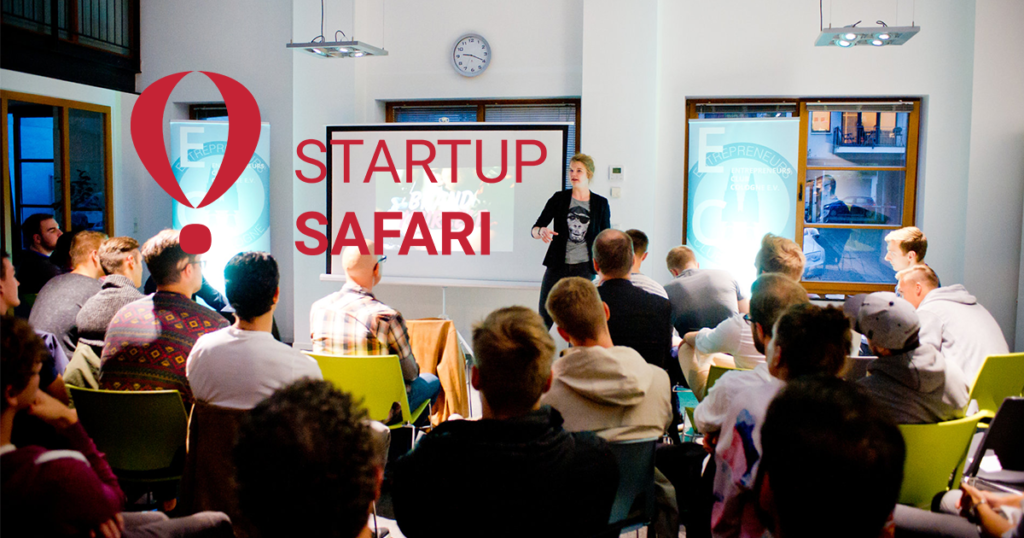 The next Startup SAFARI gathering will take place in Berlin on the 8-9th May and will hope to offer a behind-the-scenes look at the city’s startup ecosystem as well as a plethora of events, networking opportunities and windows for learning.

The team behind Startup SAFARI retain a key principle that set them out amongst the rest. Now finding themselves in a sphere saturated with almost identical conferences and tech events, one must naturally push the limits of what is expected from such network gatherings.

This gathering isn’t interested in promoting California’s finest or even throwing just another competition, the SAFARI movement aims to, as Manuel Koelman Chairman and Co-Founder of Pirate Global told us “offer the stage to interesting entrepreneurs who can help to push and grow their own local ecosystems. This is not about focusing on a small cluster in California, it’s about celebrating the real experience of startups, not the Techcrunch unicorn dream. We are not interested in the Fortune 500, we are interested in the Fortune One Million.”

Part of a collective group of events across Europe, the background to the launch began when the core team behind PIRATE Summit embarked on a number of Eastern European tours to encounter local entrepreneurs in 2012. What came of it was the realisation that in this period of vast tech growth there was a desire to collaborate, meet, network and share ideas across the field in a setting both by and for entrepreneurs.  What’s more is that the model of promoting the key contenders in the startup world appeared too many times and the result saw the team acquire Startup SAFARI in 2017 and look for a different approach. ‘We are looking for people who aren’t on the radar, trying to find new people.’ Till Ohrmann, CEO and Co-Founder of PIRATE.Global told us, outlining the groups deeper interest in the smaller players who also contribute to the growth of the tech world.

Rather than deliver an event which was too hands-on for the growing community, SAFARI re-evaluated this model and instead built on an idea where one central method of events organisation could be combined with local chapters to cater for the specific requirements of a local ecosystem as well as the larger implications of the tech scene. Addressing the flaws in the general tech conference model as one that is increasingly competitive, it is through their method that SAFARI can celebrate the real experiences within the sector and promote a number of interesting entrepreneurs that often aren’t accessible to exposure.

The benefits of a more grassroots approach mean that the event feels far more open to potential talent and guests from further afield than the typical tech settings, with Till explaining that the event is, for roughly 50% of attendees, normally the first event people will attend’. Startup SAFARI also works closely with local universities and student organizations to attract more potential future talent. Through their organic approach Till and Manuel also explain their desire to bring entrepreneurship to every part of the world, with the startup SAFARI serving as the catalyst for making it but more visible. The event locations can thus take place in any location around the world where there is a desire to build on a local technology and innovation ecosystem. The community, bottom-up structure then allows for local communities to drive the event themselves, the founders reminding us that they, ‘expect the local chapter lead to make this a successful event, and really bring in attendees, startups and sponsors’ based on the model provided by SAFARI

This year, the founders are even more focused on ‘providing a playground for excessive networking. Last year we had hundreds of one on one meetings, we want to maximise these and increase the number of encounters to a max’. Across the two days, Berlin will play host to a series of related events such as a ‘Get Hired! Lunch’ by Startup Joblist, ‘Partnerships – The Secret Sauce to Success?’ discussion by BCG Digital Ventures and ‘Photography, Creativity and the Crowd,’ by EyeEm.

Also don’t miss the presentation from ESPACIO/Publicize principal and 150Sec Chairman Craig Corbett at who will be talking there about “PR101: How to create great stories and build relationships with the media” at the next SAFARI.

A list of the events can be found here.

Tickets can be purchased here.