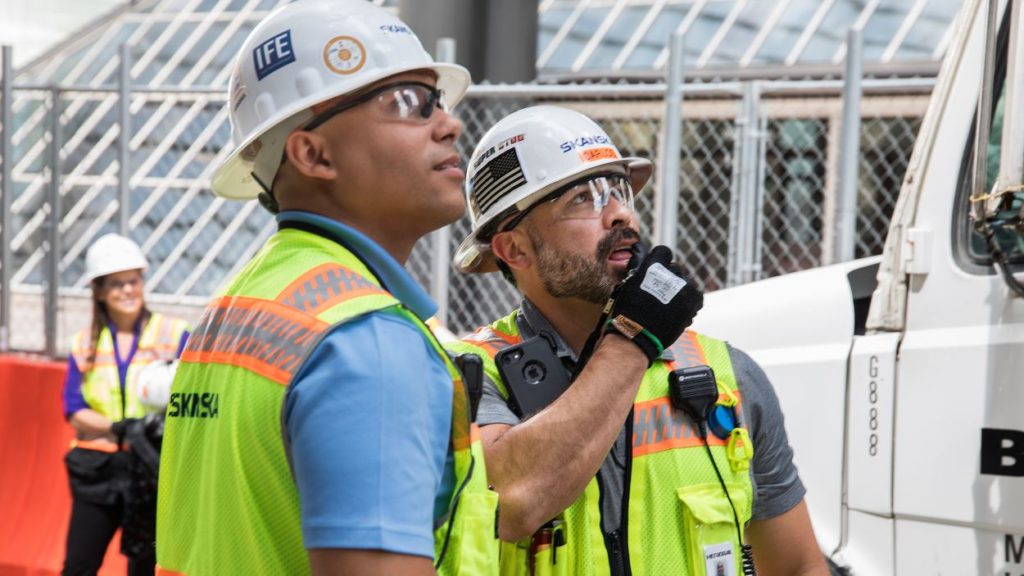 A Swedish construction and development company will be the first in the region to cover office buildings in a material aimed at making them energy self-sufficient.

Stockholm-based Skanska is aiming to cover office buildings with semi-transparent perovskite solar cells developed by Polish start-up Saule Technologies. The initial implementation tests are planned to be installed in Poland for 2018.

Upon completion, the project will be a significant milestone towards zero-energy and carbon neutral office investments. It is also expected to be a huge win for the Swedish giant Skania which is currently worth a staggering $145.4 billion, as it signed a license based agreement to have exclusive rights to use Saule Technologies’ solar cell solutions.

Perovskites are crystalline materials which have the potential to provide the technology to sustain energy self-sufficient buildings. Saule Technologies is one of the first companies in the world working on the commercialization of perovskites in the new generation of photovoltaic cells.

The company has been researching and working on the development of the Perovskite project since 2014 while using the help of leading international universities in the UK, Germany, Israel, Spain and Italy.

Perovskites have the potential to replace silicon in the long-run which is currently the world’s most popular semiconductor in solar cell applications. If successful, Perovskite technology will bring a number of benefits for tenants and communities alike, which includes  favorable implementation costs, lower energy costs and consumption, and lower carbon footprints.

“Perovskite solar cells offer new opportunities to architects and construction companies willing to utilize solar power. Our modules are lighter, thinner and much more design friendly than the most popular silicon solar cells. We may customize the shape, color and size of the module depending on the needs of the customer and install them wherever there is a free area on the building. This also means not being limited to the roof,” commented Olga Malinkiewicz, co-founder and CTO at Saule Technologies.

While perovskite solar cell technology is currently being observed and researched by respected companies such as NASA, Skanska will become the first to use it first to power office developments.

Everyone at Skanska are ecstatic with the development as they take their goal of becoming the leading green developer and builder serious. The company has been a signatory to the United Nations Global Compact since 2001.

“It is not a science-fiction vision anymore,” added Katarzyna Zawodna, CEO of Skanska’s commercial development business in CEE.

“Working with talented scientists from Saule, we are now turning fiction into reality and creating buildings which are more energy efficient and carbon neutral.

“Up to now this has not been possible on a large scale. Climate change is one of the biggest challenges the modern world is facing and it contributes to extreme weather events that are increasing in frequency and severity around the world. As such there is increasing legislative pressure to run businesses in a sustainable and attentive manner.”