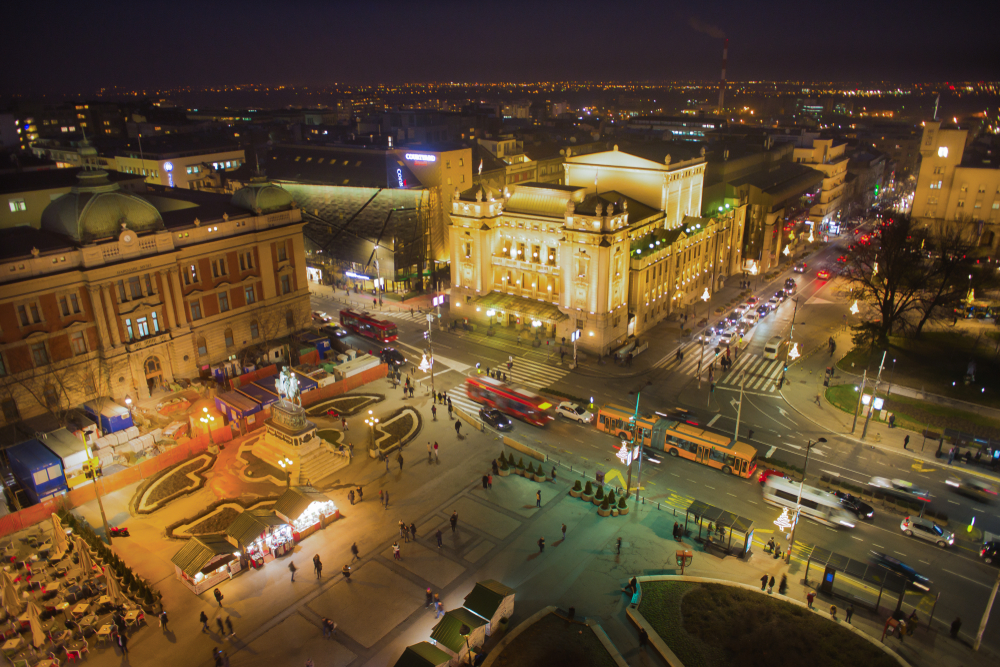 In a recent ranking of Central and Eastern Europe’s top 500 companies, Serbia brought in a staggeringly low amount of ten businesses to the total.

The survey, orchestrated by international credit insurance company Coface, recognised that the region’s leading companies belonged to Poland, Hungary, the Czech Republic and Romania and forecast that GDP growth will continue to rise across the area, as it has been doing over the last eight years.

There is no hiding the reality that the CEE region is experiencing an entrepreneurial boom. This excitement has, in turn, led to the coining of phrases such as The Danube Valley, Central Europe’s equivalent to Silicon Valley and seen a plethora of micro-ecosystems crop up across CEE and the Western Balkans which are brimming with accelerator programmes, networking events and undiscovered potential.

Despite what might seem a low entrepreneurial output coming from Serbia in comparison to other CEE countries, however, it might be the case that the country is, in fact, in the midst of building a series of tech-favourable attributes that likely point to an innovative entrepreneurial future.

This begins with a growth in IT exports coming from the country and this year the sector is placed as one of the top three exporting areas. Surrounded by emerging markets, of which Serbia remains one itself, the country has also tracked a steady amount of economic growth which is of a similar level to other CEE countries. What’s more, as well as the European Union continuing to be the country’s top trading partner, there are also suggestions that Serbia might join the EU as soon as 2025 with hopes that Belgrade’s influence could benefit a regional reform.

The grip of Communism in the last century meant that people were not permitted to own a company, but the fall of the Eastern bloc along with the end of the bitter Yugoslavian war in the 1990’s created the opportunity new beginnings for the country. The subsequent post-bloc freedom and entrepreneurial excitement has led to the creation of countless new startups and accelerator programmes in Serbia. Alongside this, infrastructure is on the up due to China’s increased interest in implementing their Belt and Road Initiative in Serbia and the country’s capital Belgrade has continued to remain an appealing location for international entrepreneurs.

Other investments that appear likely to be paving the way to increased entrepreneurship across Serbia closely tied to the European Union. Often identified geographically as the gateway to Europe, it was also back in 2010 that the European Investment Bank agreed to the provision of a 200 million euro loan for the Serbian government in order to aid the growth and development of public research. The result was Serbia’s Science and Technology Park which, since opening in 2015, has become a hub of innovation for the Balkan country and a space for co-development and networking across a variety of promising startups of which there are over 37 utilising the park so far, providing work for more than 500 engineers.

The funding that was granted to the Serbian initiative was part of a larger Economic Resilience Initiative project funded by the European Investment Bank. Backed by the European Council, this channelled money into the West Balkans and Southern countries that border the European Union in a bid to support areas that have felt an element of crisis. Supported by Croatia, Italy, Lithuania, Luxembourg, Poland, Slovakia, Slovenia and the UK, it is through this funding that the European Union aims to help countries struggling with migration and the pressures placed on infrastructure from the Syrian Refugee crisis. By providing access to extra funds, the initiative continues to look to boosting the economy of these countries, enhance job creation as well as support the growth of private sectors.

Low living costs have further become an attractive bonus for entrepreneurs and investors, as well as a small yet talented pool of programmers and developers which are gathering in areas such as Belgrade. Alongside a number of coworking spaces cropping up across the capital such as Nova Iskra and Impact Hub, the city also oozes with a ‘cultural coolness,’ an up and coming nightlife and an industrial architecture that facilitates the trend of hipster office buildings.

Although just ten of Serbia’s companies were ranked in the top 500 in the region, this does not mean that Serbia hasn’t got the capacity to facilitate entrepreneurial growth going forward. The untapped potential, limited competition and entrepreneurial building blocks facilitated by Serbian and EU initiatives point to an exciting and well-equipped future that welcomes startups and entrepreneurs to the fold.

The texture of Serbia’s startup scene will continue to flourish as the area brings together technology’s top minds and a space open to innovation. Belgrade is now home to successful companies such as Strawberry Energy and Car:Go to name just a few, and with further investment and support from giants such as the EIB, the Serbian entrepreneurial ecosystem is certainly one to watch.