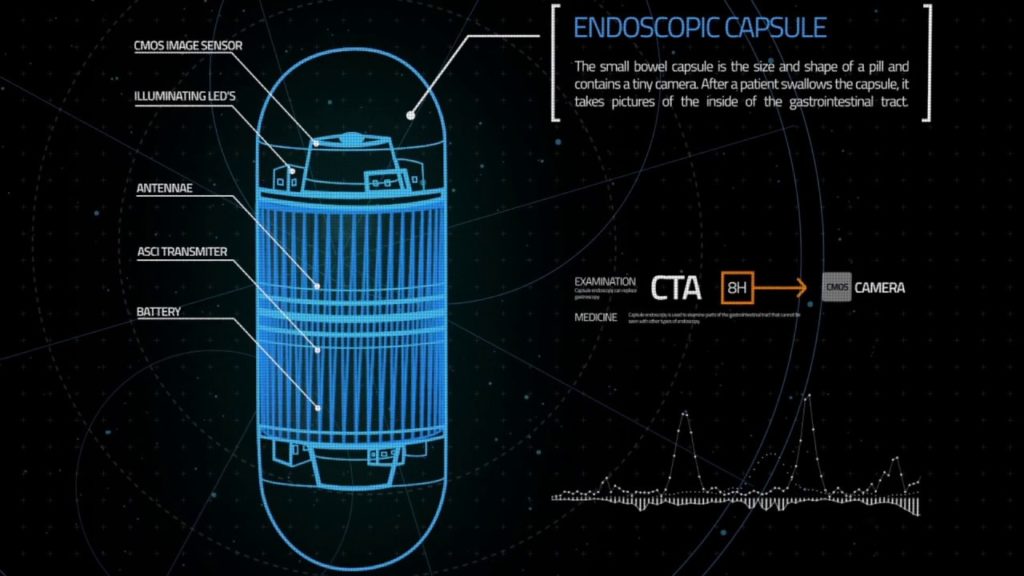 The process of a colonoscopy is an uncomfortable mention for those who have been through it, and for those who aren’t aware of what it is; it’s when a patient needs their large intestines examined, so doctor insert a camera attached to a hose through the patient’s mouth. It is as unpleasant as it sounds.

Such a procedure is a common practice among cases of excessive drinking or food poisoning, which are in turn are already discomforting experiences. Thankfully, Gdańsk-based CTA.ai has developed a solution that will turn the situation into a more graceful practice.

Much like the latest wave of upcoming technologies, CTA.ai has managed to fit AI and machine learning into its practices. However, the company’s innovation is a pioneer in the medical field, not only for revolutionizing a practice technique, but also due to its efficient nature.

In simple words, the company developed pill-sized sensors that are consumed by patients, then more accurate imagery is drawn out with the help of AI that collects the sensory information. Besides providing an alternative to a gruesome and outdated practice, CTA.ai’s product reduces the procedure’s duration by 70%, while also reducing costs.

CTA.ai is only a small part of Nvidia’s newly developed clientele. The chip manufacturer’s focus has shifted from dedicated, single-purpose processing cards – to products that will have multi-purpose usability, with more focus on AI and Deep Learning.

Conti’s talk revolved around Cognitive Augmentation, a futuristic stage where humans, robots and AI will augment each other towards technological advancements. While we haven’t reached that point yet, innovations such as CTA.ai’s show how the collaboration is already improving human lives.

The Polish company’s innovation has been met with plenty of praise, among which were the judges of Nvidia’s Inception Program contest, where CTA.ai rose as one of the winner teams.