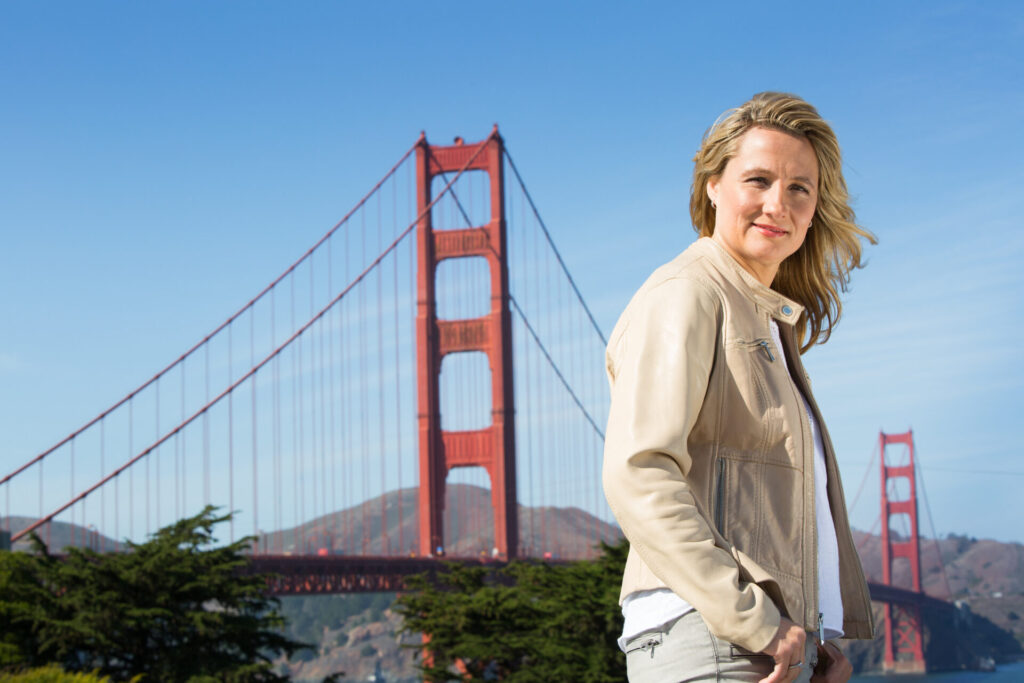 These are all the things Jenny Sagstrom, CEO of Sköna, wants her creative agency to express for its clients. Based in both San Francisco and Stockholm,  Sköna brings to the table a tech-savvy Scandinavian sensibility that has become its signature in the B2B space.

Sagstrom moved to San Francisco in 1999, and witnessed firsthand the burst of the dot com bubble. That experience led her to found Sköna. For more than twenty years and counting, Sagstrom has worked with big name brands like VMware and Snowflake. And these two decades have made her realize the importance of branding in order to scale up.

Part of Sköna’s DNA is in Silicon Valley, so suffice to say that it breathes the tech culture its clients are a part of.

According to a study on founder backgrounds from 2019, the majority of entrepreneurs come from the fields of computer science, followed by business, electrical engineering, and economics — design is all the way at the bottom.

According to Sagstrom, almost no founders or VCs come from a marketing background.  “So they’re thinking more about product fit, about operationalizing and systemizing, and nobody’s thinking about the long-term approach from a branding perspective.” Sagstrom added.

Because there has been a lot of money around and money has been cheap, it’s been easier to focus on what we call performance, branding, and performance marketing, which is about buying market share and scaling really quickly, as opposed to thinking long term and thinking ROI, Sagstrom noted.

Is branding just the color and a logo? Only for people who think of it narrowly. But in the Sköna world, branding is positioning. How is this company different from what’s out there? Why does this company even exist?

For Sagstrom, branding becomes crucial in tech, and especially in B2B, when startups and companies are looking to scale. “If you don’t have a solid brand, then what you’re putting in front of people might look different with each interaction, then you’re not leveraging the previous one in order to build on it. So it’s sort of starting from scratch each and every time. And so I think branding, and having a strong visual brand, will help solidify and capitalize on those viewers times that your message gets put in front of your audience,” she explained.

Timing takes all when branding

But you shouldn’t just rebrand for the sake of it. One of the most powerful reasons to do so is when you need to scale. “It becomes really important then. And it doesn’t have to be a rebrand, unless you’ve pivoted, for some reason, which happens a lot too. Or if you bought a new company, in which case, yes, you probably need to rebrand in order to capitalize on that. But rebranding shouldn’t just happen because you feel like it. Every brand needs to have a strategic reason,” said Sagstrom.

It’s not uncommon for a startup founder in the pre-seed stage to put up a logo with little help from professionals. Intuition reigns at that moment. Although branding should be a crucial aspect from the very start of a company, startups usually focus on this aspect post-Series B, according to Sagstrom.

When they raise money, they need to scale the growth to live up to the expectations of their investors. Sagstrom noticed that VCs are also paying more attention to branding when it comes to investing. More subconsciously than consciously, but definitely something they are taking into account.

The other aspect of branding is the importance of attracting the best talent. “You need to portray that level of coolness in order to appeal to employees to come and work for you. And it’s internal as well. How do you attract the best and the brightest? Well, your brand is part of that,” said Sagstrom.

The dos and don’ts of B2B branding

In the consumer world, big brands like McDonald’s or Coca-Cola spend approximately 60% of their budget on brand advertising, and 40% on direct response marketing. In the B2B tech world, about 92% of the spending is on performance marketing, ie, talking to people that are already inside of the company’s ecosystem. And 8% is spent on brand advertising.

The second thing, according to Sagstrom, is that once you start with the brand strategy, not enough people think about the brand strategically. They think that a brand is just the logo and some colors.

“Well, it’s actually more than that. It’s your whole business process. It’s your business systems, it’s how who you talk to, it’s how you talk to them, and it kind of guides everything you do. And of course, the design will follow once you put that in place so make sure first you’re spreading not putting all your money on talking to people who already know you.”

Sagstrom believes that a brand is one of the strongest assets a company can have. In a way, she suggests, is like an insurance policy. Take Apple, they never compete on price. Even if there is a downturn, if people know who you are, and they believe in your brand, they have an affiliation with it, you are going to be able to maintain your prices and not commoditize your value proposition.

Times are changing for creative agencies. When there was cheap money everybody wanted to have an in-house agency. But now it’s not a smart decision anymore. So agencies are making a comeback.

Sagstrom is positive about the future and is already planning Sköna’s expansion to Asia in 2023. Exciting times require cool brands, seems to be the motto for the upcoming months.