Feast of technology, new media and startups’ is over – the 9th edition of infoShare has become history. 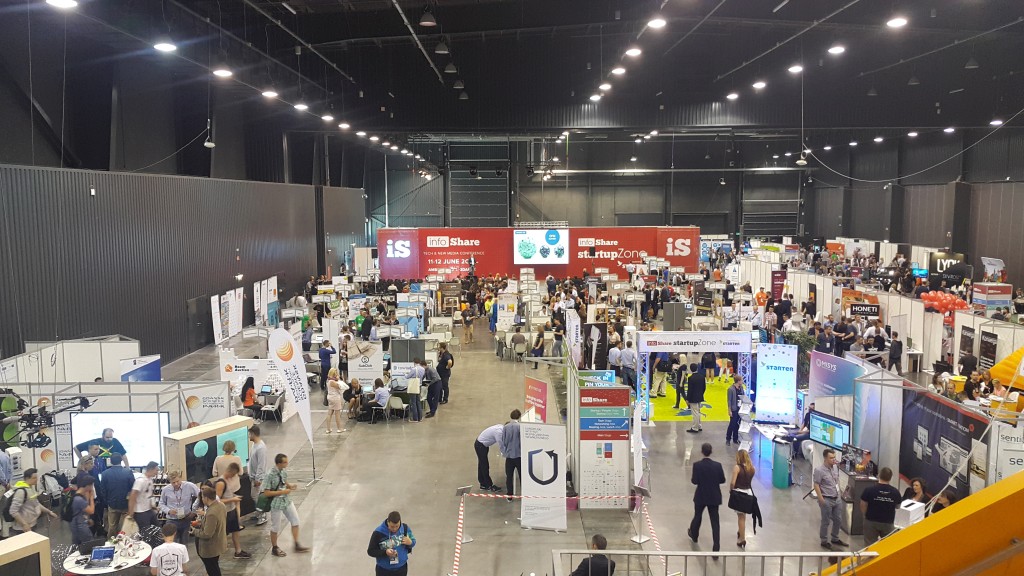 4000 participants from 30 countries, over 100 speakers, 100 accredited journalists, 1 million Euro from Startup Contest investors, 1 winning Start-up – RoomAuction.com, 2000 chairs on 3 stages, 80 km length of steps taken by one of the organizers in the area of AmberExpo in Gdańsk. These numbers summarize infoShare 2015 – the biggest two-day Tech&New Media&Startups festival in Central Eastern Europe.

“The success of this year’s edition proves that infoShare may be counted in the circle of the finest and biggest technological conferences in Europe.” – emphasizes Grzegorz Borowski, co-founder of infoShare Foundation, organizer of the conference. “The highest quality of speeches was ensured by lectures of creators of international success stories, such as Ralf Herbrich (Amazon, Director of Machine Learning), Peter Vesterbacka (Rovio, „The Mighty Eagle” Angry Birds), Gary Whitehill (Entrepreneur Week, Founder), Mark Iwanowski (ex CIO Oracle, Open Source Software), Frederic Mazzella (CEO Blablacar.com), Bryan J. Rollins (JIRA General Manager, Atlassian), Andrea Giammarchi (Twitter), Razvan Caliman (Adobe), Dave Methvin (jQuery Foundation), Anna Hejka (Heyka Capital Markets Group (HCM) and many others. Besides branch workshops and thematic lectures by special guest on 3 stages, Gdansk Business Incubator Starter carried out a Startup Zone, which gathered together most innovative projects from all over the world. Our true intent was to organize this event in a festive atmosphere, where in a beautifully arranged fair area in AmberExpo one could not only meet the creators, but also talk opportunities of business development through investors’ support.”

Most tangible benefits from participating in infoShare were brought to startups taking part in Startup Contest. The winner – RoomAuction.com received 20 000 Euro in cash, while investors made investment proposals for the most promising projects for over 1 million Euro.

“The Contest was won by RoomAuction.com – a system of reversed hotel booking, where a client is a party setting the price which he or she is ready to pay for the stay” – explains Małgorzata Jasnoch, CEO of Starter, organizer of Startup Contest. “We are delighted that the international jury acknowledged the global potential of this Internet business.”

Networking is an essential part of infoShare – the festival of technology, new media and startups. Similarly as previous years, the main festivities took place at the amber-coloured PGE Arena. The star of the night was a music band, KAMP!.

Participants could also visit the European Solidarity Center or take part in Dragon Boats race at the Motława river. “We want infoShare not only to be a stage for valuable speeches, but also to host cultural and sport events. We had an unparalleled chance to sense the mixture of innovation, energy, inspiration, entrepreneurship and open minded people. Thanks to this participants have been having such a good time in Gdańsk, they want to come back here yearly. That’s why we are soon starting to work on the 10th jubilee edition of infoShare. We hope to see you all there!” – says Marcin Pokojski, co-founder of infoShare Foundation, organizer of the conference.