Despite being home to the world’s poorest countries, sustainable energy could actually be more easily achieved in Sub-Saharan Africa than in Europe. Alexander Hoffmann from SolarWorX tells 150sec how. 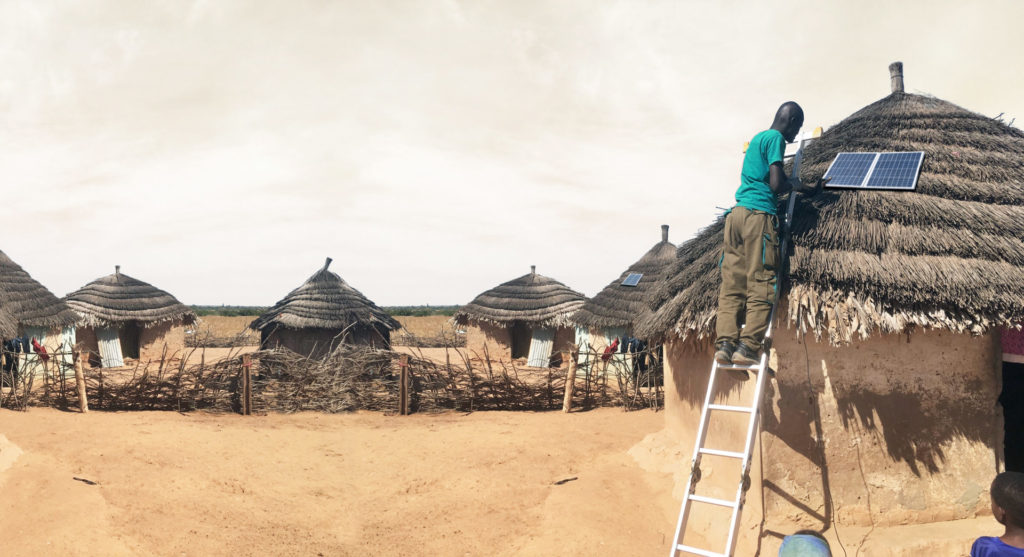 Europe’s plan to be carbon neutral by 2050 is a mammoth project. It involves re-thinking everything from the coal-black power plants over network grids to inefficient consumption. Throw in a looming global climate crisis as well as jobs and incomes connected to a billion-euro industry, and it is clear that all sides will prepare for a long fight.

Yet in the debate on sustainable energy, it is easily forgotten that a big part of the world’s population is, quite literally, left in the dark. According to the most recent IEA data, about 860 million people worldwide don’t have access to electricity. The majority of them – 600 million – live in Sub-Saharan Africa, where the electrification rate in 2018 stood at only 45%.

Electricity is required for basic needs such as cooking food or powering water pumps. Furthermore, when farms, schools and hospitals don’t have energy, this negatively limits public health and education as well as economic opportunities. The UN has made universal energy access by 2030 a key target of the sustainable development goals (SDG 7).

Being excluded from public energy sources does not only widen the gap between the rich and poor, but it also negatively affects the environment. Many households in Sub-Saharan Africa resort to using toxic and carbon-intensive alternatives: burning wood for cooking, Kerosene lamps at night, or power generators running on diesel.

“Decentralized renewable energy technologies have emerged as a viable solution”, wrote Hanna Daly, Energy Modeller from the IEA. What she refers to are mini-grid or off-grid solutions, producing energy in the household or village where it is consumed — for example through solar home systems. Berlin-based SolarWorX is a startup that wants to tackle this challenge of “clean, reliable and affordable electricity” for African households and small businesses.

To understand the challenge of that in practice, visit Sekande in Northern Cameroon. A road of dusty sand connects some scattered huts under the burning sun. Sekande is one of the villages that startup SolarWorX has piloted its off-grid solar home system. Many of the communities that SolarWorX targets are extremely poor and have low literacy rates. In addition, most inhabitants don’t have a bank account.

“The biggest obstacles for adoption of solar home systems are usually the costs”, explains Hoffmann. A full system for a household would cost between 300 and 500 USD. In countries like Cameroon, where the current GDP per capita is about 1500 USD, this would simply be unaffordable to most. Instead, the company relies on a financing system called PayGo: Customers pay 20-30% of costs upfront, and the rest in monthly installments. With every monthly payment, they receive a code that unlocks their home system for the next month. Importantly, customers can make payments via mobile credit instead of bank transfer. Mobile phone penetration is steadily on the rise in Sub-Saharan Africa.

The PayGo system is not a new concept, neither are solar home systems. But SolarWorX, recent global winner of the Empower a Billion Lives (EBL) competition, sets itself apart with some features that adapt the product much better to the market. “Stacks like LEGO, talks like SIRI, installed like IKEA”, is how the SolarWorX team advertise their concept.

In turn, the system interface can produce voice notifications in local languages Swahili and Wolof. Furthermore, the system is modular, explains Hoffmann. Instead of having to replace the system, a new module can simply be stacked on top of the old to increase battery capacity. This ability to scale easily is especially crucial for small business owners who need frequent expansion. The system does not only have plugins for fridges and TVs but is also used for agriculture, such as poultry farms.

While the energy produced through solar panels is sustainable, the manufacturing and disposing of these systems isn’t necessarily as “green”. SolarWorX cases are made from bioplastic and steel and the (lithium iron phosphate) battery type is “comparatively easy” to recycle, Hoffmann defends the product. Batteries are supposed to last about 5 years, but local recycling options are mostly limited. Meanwhile, the company offers to transport old batteries back to Europe for proper disposal.

Recycling of batteries might be easier in Europe, but building the sustainable electricity to power them isn’t. From the old-established way energy corporations run to the million tonnes of infrastructure cemented into the ground, turning Europe’s energy system to green energy will not be an easy feat.

Meanwhile, if 600 million people in Sub-Saharan Africa could be reached with sustainable off-grid and microgrid solutions – as global observers like the IEA have argued –  the region would effectively leapfrog conventional carbon-based power. Might developing countries even have a comparative advantage over Europe’s energy sector?

“Definitely! They don’t face the same challenges of changing an old-established energy sector”, believes Hoffmann. Sub-Saharan African countries have the opportunity to design a sustainable energy industry almost from scratch, or in Hoffmann’s words: On an “all but blank page”.