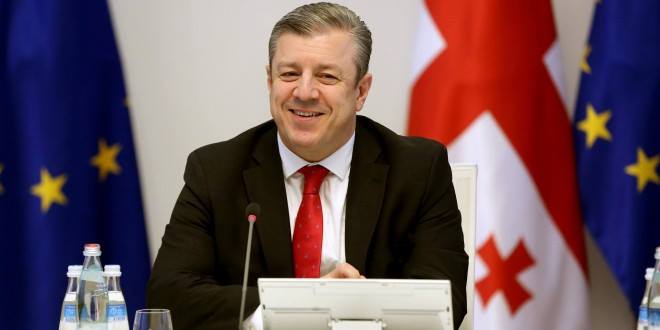 Last week, the Prime Minister of Georgia Giorgi Kvirikashvili announced the long-awaited special program kicking off in June which aims to provide funding for “beginner, as well as innovative and tech-oriented businesses”. He said, it will develop the innovative potential of the whole country. As a matter of fact, institutionalization of funding innovative startups is the part of Georgian 4-point reform plan. Worth mentioning, the prerequisites of participation are as follows: applicant must be a citizen of Georgia, he or she must have “an innovative, interesting idea”, and quite straightforward as it comes, the business must be in need of funding. Long story short, if you are a citizen of Georgia, go ahead and apply. Another curious fact about the program is that initially, approximately $5 million will be allocated, which will subsequently grow into approximately $12 million. Relatively speaking and taking the size of Georgia, economy-wise, into account, the figures are generous.

Coming back to the roots, the idea of startup financing in Georgia originates back in 2015. It’s worth mentioning that since the process is wholly politicized as it’s the part of the reform plan, there are many backers and those, who publicly categorize the reform as a risk. Why risk?

“Banks don’t finance early stage companies, because they pose enormous risk. Sometimes they succeed, sometimes they fail. We can’t afford to fund those businesses from our national budget without the comprehensive analysis and evaluation”, says the member of non-parliamentary opposition party.

Truth be told, there is some wisdom in it. Shouldn’t I, being a taxpayer, be concerned with the fact that my money is used to undertake risky operations? Perhaps, the special purpose vehicle, such as an investment fund, should be introduced then to untether itself from the budget and mitigate the risk. However, bearing in mind that the program doesn’t seek equity in funded projects, such development is highly unlikely. On the other hand, if agriculture is being helped by the government, why startup sector shouldn’t have the same privilege? There are other politicians who back the initiative, stating that “it’s very important for the country to have businesses, even those with moderate returns, as long as they create jobs.”

Laws of supply and demand dictate, that the upcoming changes will only improve the startup ecosystem. At the moment it is very compact, small, and not popular at all. Startups in Georgia may not be discouraged, but the truth is that they are not encouraged either. It might sound depressing but Georgia still doesn’t have a proper crowdfunding platform like Kickstarter or Indiegogo.  According to Giorgi Kvirikashvili’s speech, startup companies proved to be key phenomena and major players in improving economies of Western and developed countries.

Following the announcement, Georgian media reported growing interest of VC firms, including those from abroad. In fact, this scenario should trigger the interest at least of those investment firms and funding organizations who are specializing in frontier markets.  More funding organizations means cheaper money, cheaper money means more startups, which will generate more jobs and motivate young school leavers to rather focus on something that really matters, than following the standardized path of 9 to 5. Creativity must be encouraged and such step of Georgian government is genuinely inspiring.

The better things are yet to come.