Fact-check: What does Brexit (really) mean for Europe’s startups? 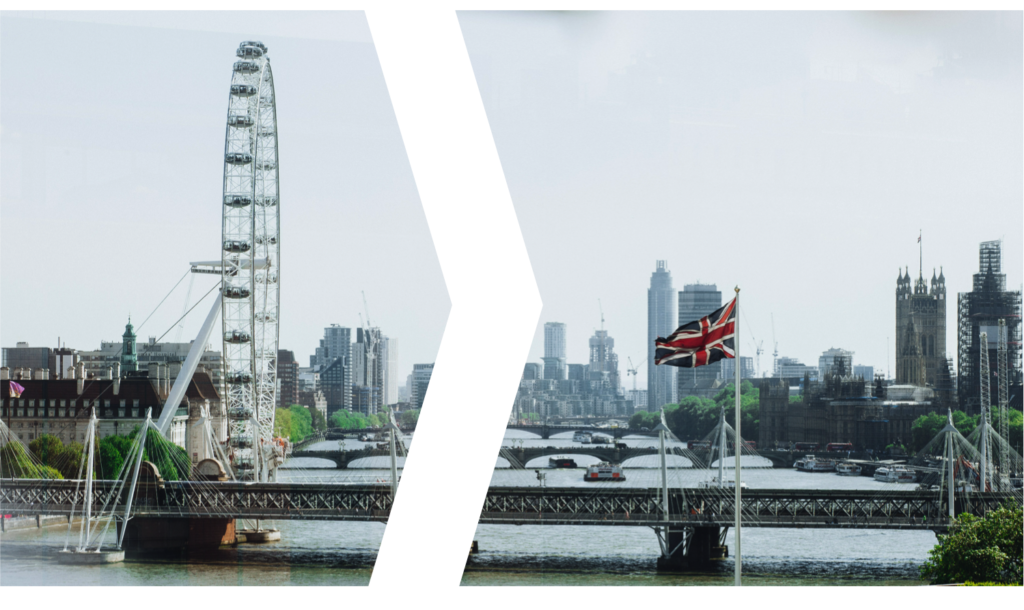 Brexit: An imminent threat hanging over Europe’s tech and startup hub, says one side. European startups “don’t really care”, says the other. Amidst much speculations and public frenzy, we have a look at key facts and figures to better understand what Brexit really means for European startups.

1. Is Brexit really a British headache?

The UK might be an island nation, the British startup system is definitely not. More than 30% of digital tech employees in London and the South East are from abroad, says a 2018 study from the Institute for Public Policy Research. And across the entire country, this number still rests at 13%.

Why are startup offices rather internationally staffed? One explanation may be that as the availability of talent is a chronic problem for UK startups, they start to look abroad. In fact, a study by the Silicon Valley Bank (SVB) revealed that 80% of startups put talent as their No.1 concern. 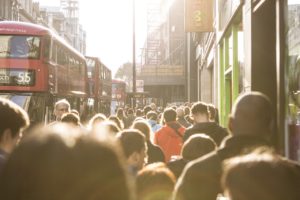 Very British? Around 30% of digital tech employees in London and the South East are from abroad, says a 2018 study from the IPPR. Image courtesy: chafleks on Pixabay.

Furthermore, foreign employees make sense in an industry catering to global, not local customers. According to Startup Genome data, a third of London’s businesses have foreign customers – narrowly even surpassing Silicon Valley companies, says the study.

Where does the foreign entrepreneurial talent come from? While there is no data on the origin of startup employees specifically, a look into general workforce statistics shows that Eastern Europe is particularly represented in London.

Polish migrant workers, for example, sent home about 1.1 billion in remittances in 2017 – coming only second to much more populated Germany, found the New York Times.

Furthermore, for smaller European nations, the proportions of their population living and working in the UK can be quite significant. With 8% of its population living abroad in Britain – or 1 in 12 inhabitants, this is certainly true for Lithuania, for example.

2. Will there be an exodus of UK startups?

On first glance, the prospects seem dim: Three-quarters of startups believe that Brexit will have a negative impact on the innovation economy in the UK. Undoubtedly, there is huge uncertainty about future tariffs, visa requirements or other obstacles. As the envisages date for Brexit comes nearer, the future movement of people, goods and capital is completely unclear. 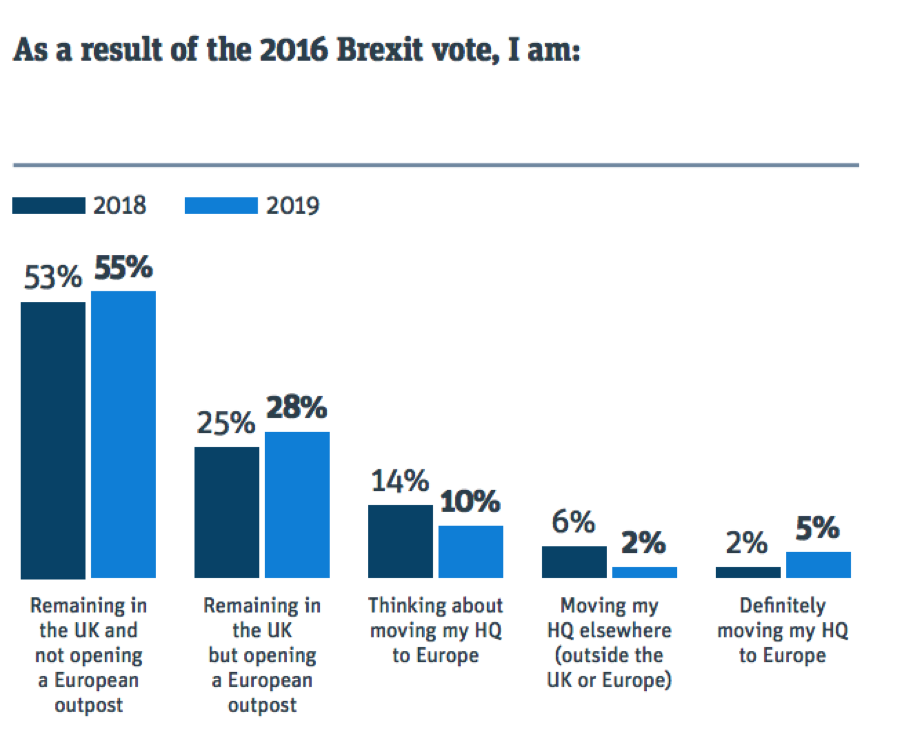 Specifically, in the
SVB survey, almost half of British startups state that they plan some form of international presence. More specifically, 7% will move their headquarters to Europe or the world.

Where are they planning to move? The report does not specify the destination, and no other survey has gone to this level of detail. For Eastern Europe, there are at least some reports that Fintech companies, a key startup sector from the UK, is already interested to move into the region. Furthermore, Estonia’s virtual e-Residency counts already more than 2,600 applicants from the UK. The rapidly-growing scheme might enable UK startups post-Brexit to keep their entity registered on the continent. Importantly, without having to make a physical move.

While measures are being taken, an ‘exodus’ would still look different. In fact, the vast majority of international expansions will be in the form of a European outpost, such as a branch office, not by abandoning their UK home altogether.

Furthermore, there is still a good supply of newcomers in the British startup ecosystem. This could at least partly offset this trend.

In 2018, more than 660,000 new businesses were registered, according to the British Centre for Entrepreneurs. A new high, as the registrations increased almost 6% compared to 2017. And a different study by RSM found that the number of new technology companies launched in the UK rose by 14% last year.

3. Do startup investors care about Brexit?

The prospects of continuous investments flowing into British startups is, quite literally, Brexit’s million-dollar-question.

Startups itself seem to be pessimistic: 44% of respondents believe that access to funding from international sources will decline, found the SVR survey.

However, the recent statistics on Venture Capital (VC) deals tell a different story. Investors do not seem to break with the long history of the UK leading the continent in VC funding.

Investment decline? In 2018, a staggering €6.5 billion were poured into UK-based startups

In  2018, a staggering €6.5 billion were poured into UK-based startups across 1,423 deals, PitchBook reports. And just in January 2019, 30 completed transactions brought in already €253 million VC funding to the island nation. In particular, London’s fintech startups seem to be attracting capital, leading some to warn even of financing bubble.

While Brexit does not seem to deter investors from British startups so far, this does not mean that raising startup capital is an easy feast.

Based on the PitchBook data, the average deal size would result in more than  €4,5 million – much larger amounts than early-stage and small startups could absorb. The trend of bigger but fewer deals already let the report to hail 2018 as “the year of big funds”.

If there is one breed of businesses that should thrive around industry disruptions, it should be startups. Their abilities in the realm of innovations and technology are the hopes of those who firmly believe startups can survive almost anything, including British Brexit woes.

However, it should not be forgotten that from a historical perspective, startups are relatively recent phenomena of the last decades. Their emergence has been fuelled by the increasing ease of global connections and international movement. As borders in Europe become harder again, this is certainly not good news for startups across all countries.

In conclusion of the attempt to ‘fact-check’ Brexit anxieties, one clear lesson emerges. It is that the dichotomy of Britain versus continental Europe is difficult to uphold in the startup world. London is not (only) a British capital, it is a hub for the entire continent. And whether those who voted for Brexit like it or not: The startup response to Brexit will not be British. It will be European.