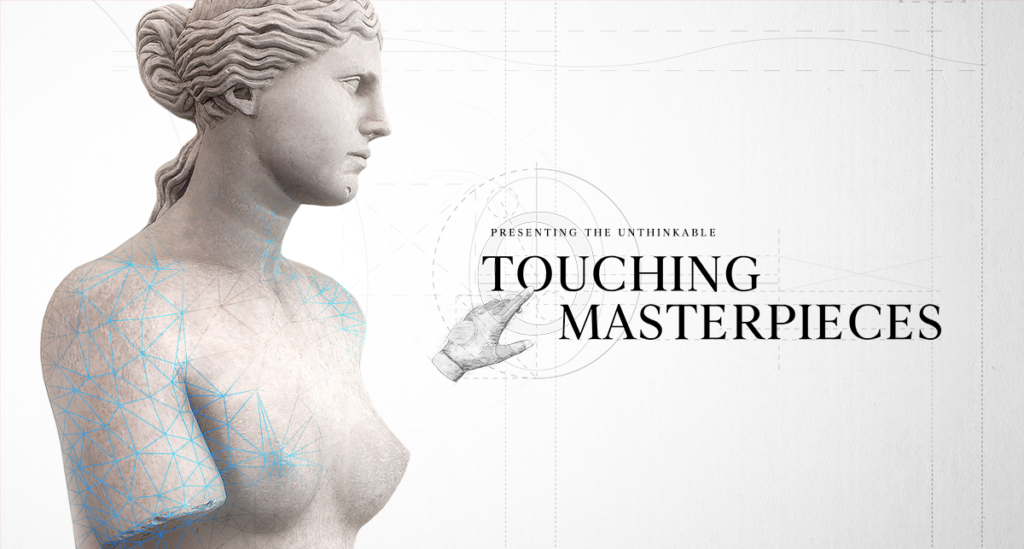 An art exhibition in Prague is helping blind people ‘see’ art for the first time – by allowing them to touch it.

The Touching Masterpieces exhibition combines Virtual Reality to allow the visually impaired to enjoy art like the rest of us at the National Gallery of Prague.

Using special gloves – designed by a Spanish startup Neurodigital Technologies – blind people can feel their way around Michaelangelo’s David or the head of Nefertiti in a VR environment.

Launched from a crowdfunded Kickstarter project, the gloves work by sending vibrations to the user’s pressure receptors, allowing them to feel the 3D object in virtual space. There are 10 sensors embedded into the palms and fingertips of the gloves.

The gloves work with a range of VR headsets, including the Oculus Rift, HTC Vive, and Samsung Gear VR.

“The human somatic sensory system has pressure receptors that help us feel when something comes into contact with our skin — and with the NeuroDigital VR haptic gloves, built with vibrotactile actuators, vibrations are sent to activate these receptors each time when the person touches a 3D object in virtual space,” the Touching Masterpieces website says.

“Keeping in mind that blind and visually impaired people see by touch, haptic feedback is configured to let them decide which vibrotactile actuators they want to use. In other words, letting them switch between their way of seeing – with either the finger tips, palms or hand, making the experience truly immersive for them all.

“Millions of people have literally not seen, and will never see, sculptural masterpieces such as the head of Nefertiti, the beauty of Venus de Milo or Michaelangelo’s David, to name just a few – until now.”

The project also involves Geometry Global Prague – who were responsible for creating the 3D models of supported sculptures.

Ideas for the exhibition have come from traditional art education for the blind but Touching Masterpieces is the first of its kind.