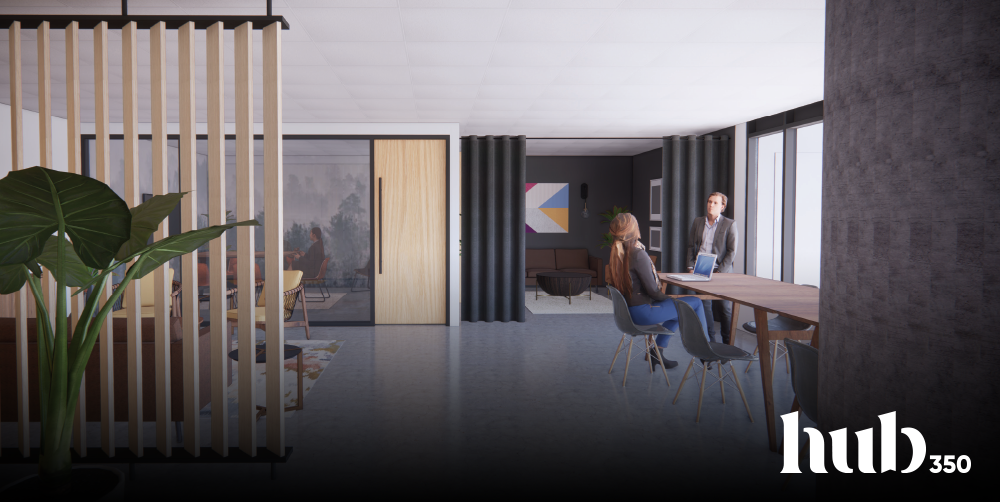 A brand new hub at the heart of Canada’s largest technology park is set to open its doors to the tech community this summer to fulfill a two-fold vision of supporting existing companies and attracting new talent from around the globe.

The state-of-the-art center called Hub350 is located in Kanata North, which is just 20 minutes from downtown Ottawa.

The business development arm of Kanata North Technology Park says the new facility aims to bring together industries, academia, and finance professionals in the region to support around 550 firms that are based in the park.

Kanata North is home to many of Canada’s leading technology companies like BlackBerry, Mitel, and Solace as well as various multinationals such as Nokia, Honeywell, Cisco, and HP.

Host of a job board

Hub350 is also designed to serve as the physical home of Discover Technata, Canada’s largest aggregated tech job board, a one-stop-shop for those looking for opportunities in an area that shows unprecedented growth and employment activity.

“As part of the business association’s economic recovery plan to accelerate innovation through the pandemic, Discover Technata seeks to attract job seekers from around the world to Ottawa’s Kanata North,” KNBA added.

There are more than 10,000 open positions advertised on Discover Technata Job Board, and over 500 roles are available locally with member companies located in Kanata North Technology Park.

This is a unique opportunity for ambitious founders in different parts of the globe, especially Europe, which is the birthplace of a large number of creative startups with global ambitions.

“This will be a gateway to growth, to finance, to talent, to success,” Petten said. “The Hub350 space will be the truest intersection of nature and technology—a trendy, natural atmosphere to attract world class talent and companies, while showcasing Kanata North as Canada’s destination to live, work, play, and learn.”

To connect members of the tech park to a wide range of resources, the multi-use Hub350 community will be supported by and connected to three pillars: Private sector, finance, and academia.

KNBA Chair Vicki Coughey believes that the hub will “further the Ottawa region as one of the world’s leading tech capitals.”

Kanata North is pursuing a mission to establish itself as a primary 5G tech hub with disruptive businesses operating in clean tech, defense tech, software, and other tech verticals.

The new center will be the foundation of the special economic district development project 350 Legget, which KNBA says will “be the primary node within Canada’s largest tech park that will emerge as a mixed-use innovation district activity center with ecosystem partners collaborating in this shared space.”

According to KNBA, commitments from the University of Ottawa and Carleton University to establish Kanata North satellite campuses directly in the technology park have contributed to the establishment of a successful partnership and a close integration of their post-secondary institutions with members.

“Their campuses are now offering talent, research and training directly to our members to accelerate the ability of our companies to innovate and flourish,” the business association said.

The Hub350 project will be backed by a series of Canadian and multinational enterprise sponsors, which will be announced in the coming weeks.