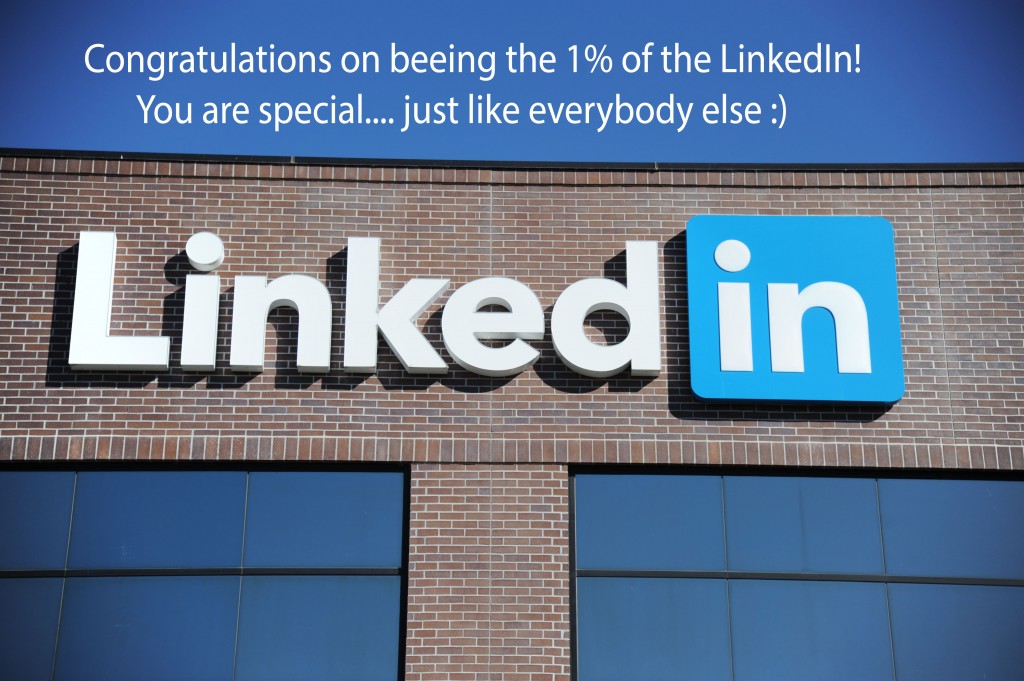 Unless you weren’t partying hard this weekend, you must already heard that LinkedIn is in pain. Stock market falls after companies publish they reports and forecasts is nothing new. But the plunge LinkedIn took is more than that. Practically, the company lost almost half of it’s market value overnight.

There are couple of attempted explanations already published out there, from witch I mostly favor this one from Matermark. There were even some early signs last year forecasting this and you can even blame it on the “controlled deflation of the current tech bubble“.

Still, we’re talking about a 40% drop that, in my opinion, can only come from a more deeper problem than investors’ disappointment in company’s forecasts. This usually happens when either your main drive is going from offering the best services to your clients to making more money, or when you get so entrenched in your status quo that you forget you need to evolve. Practically, the company lost its way. That’s why MySpace and Friendster died and now LinkedIn (and Twitter for that matter) seems to go the same way too. (Facebook, on the other hand, seems to know how to ride the waves of change and is continuously evolving.)

Your social graph is becoming a bigger and bigger part of your identity and it’s not ok that some companies out there own chunks of it. Your identity should entirely be in your control, so the social layer should be (and probably will soon become) another under-layer of the internet, not very distinguishable from the web or TCP/IP layer. This will enable you to host your info where ever you want and grant access to it as you consider, and at the same time will bring be the death of the social networks as we know them. The ones that will understand this and evolve to become something else on top of this layer and offer new added value to their users, will survive (and I believe Facebook is a good candidate for this).

So LinkedIn is dying not because they failed to satisfy stock holders expected income predictions, but because they forgot to evolve and so, they’re loosing users’ faith in them.