Stark offers a suite of integrated tools that makes designing accessible products a breeze for designers, engineers, and project managers. 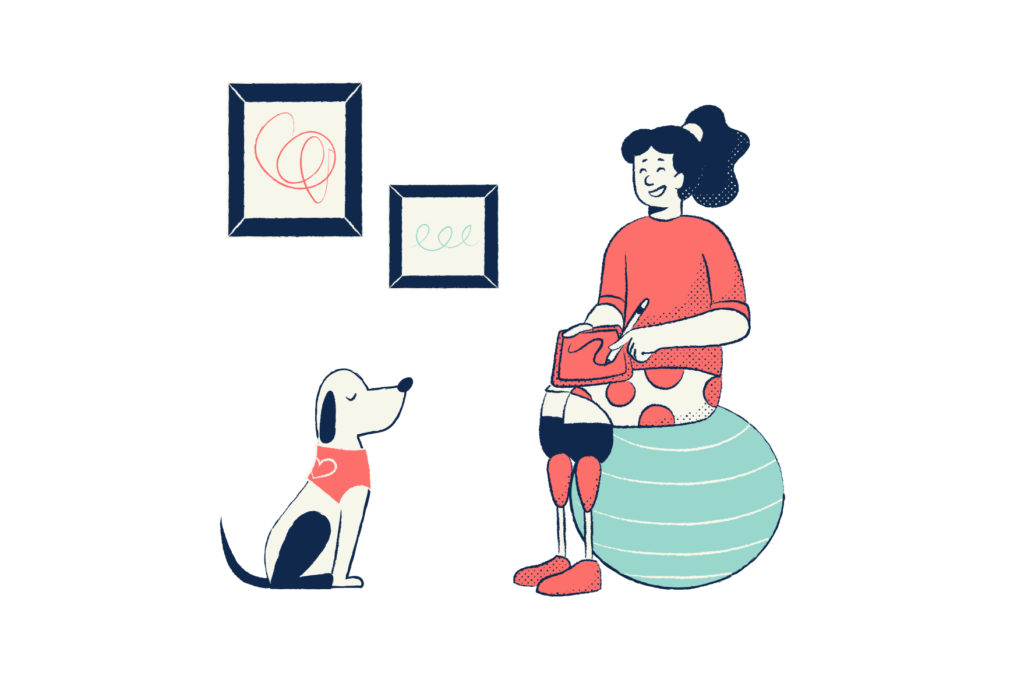 People with disabilities are at risk of being left even further behind in the dust of today’s fast-paced digital transformation, but an imaginative startup is determined to make sure it is a fairer race.

With a name that oozes power and strength, Stark is pursuing a vision to create a “stark” difference in the world of software development by helping companies make their products more accessible.

Inspired by Game of Thrones and the word “stark” in German that means “strong”, the company cherishes an ambition to “become the Grammarly for accessibility in software” and has so far earned the trust of more than 300,000 designers, developers, and product managers around the globe.

“As a child, I was always drawing, always coloring. I was very design-driven and was a computer nerd at the same time despite not having a computer at home,” Stark’s co-founder and CEO Cat Noone told 150sec in an interview, her eyes sparkling with a smile as vivid as the brightest colors in a pencil box.

At a point in her life, she worked in special education in her birthplace, New York—an experience that gave her first-hand insight into the struggles of children with a range of physical, cognitive, and psychological disabilities and disorders.

This chapter of her life, along with her curiosity-driven interest in psychology and medicine, were some of the dots that would connect in her future.

Amid a whirlwind of different personal and professional experiences, her passion for tech and design kept calling and calling, and finally, in a moment of clarity, she knew she had to take her fondness for art a step further and bring her two loves together to solve real-life problems.

“I said to myself I can do far more and be more impactful in the world of tech, specifically in digital software design,” Cat recalled, her voice welling with emotion.

Fast forward a few years, which included the creation of a series of innovative products, she co-founded Stark in 2017.

Baked right into Figma, Sketch, and Adobe XD, the platform offers a suite of integrated tools that makes designing accessible products a breeze for designers, engineers, and project managers.

“There’s a group of forgotten individuals that have had to suffer because the world and our systems weren’t created with them in mind,” said the CEO of Stark, which recently raised 1.5 million in a pre-seed round from a diverse group of backers.

It perplexes Cat why in an era of reusable rockets humans are still lagging behind when it comes to developing technology that can help bridge societal gaps by addressing the exclusion and marginalization of disadvantaged minorities.

According to her, there are numerous misconceptions about disability, which have their roots deep in the narrow and flawed definition of it in our mental dictionary.

She says talk of disability often evokes images of ramps, grab bars, and similar features in the architectural landscape but there are an untold number of people with lesser-known disabilities whose situation cannot be necessarily improved by a designated parking spot.

“I can’t speak to any physical impairment or social disorder, but I can speak as someone that has an invisible disorder, and in turn, the ones that often go unnoticed solely because they’re hidden,” Cat wrote in a recent blog post, in which she recounts her years of wrestling with capital “A” Anxiety disorder.

The co-founder of Stark explained that there are very stereotypical disabilities but there are also mental and emotional disorders as well as cognitive disabilities that may not sometimes be classified as a “disability” but people suffering from them find it difficult to navigate the world.

“Almost everyone knows what accessibility looks like in a physical space, and, in countries like the United States and those in Europe, there are certain laws in place that don’t allow you to construct a building without designing and accounting for a wheelchair ramp, for example. So why are we building software and not accounting for people with disability that use it on a regular basis?”

Cat argues that there is nothing to brag about when companies develop software with “fantastic” user experience but leave out a considerable percentage of the population.

In America alone, it is estimated that one in every four adults have a disability that impacts major life activities. After mobility disability, the next most common disability type is cognition, followed by independent living, hearing, vision, and self-care.

In member states of the European region of the World Health Organization, six to 10 out of every 100 people live with a disability.

“Accessibility is a by-product of inclusivity. Something is accessible because it’s usable, and it’s usable because we didn’t exclude based on gender or race or socio-economic profile. That’s what we need to start talking about,” said the CEO of Stark, who is currently based in Europe.

In her view, even the neophytes using technology for the first time or the individuals coming from other countries with different languages should not be forgotten in the process of software development.

“If a person is in your country or in whatever region and cannot access financial or healthcare services through your app because you didn’t localize your product, it could literally result in financial strain or even their death,” said Cat, who created Iris, an app that has gone from an emergency alert to everyday health tracking.

Stark aspires to push these life-changing issues to the front of conversations and help avoid an “out of sight, out of mind” situation.

Cat believes existing references and regulations need to be updated to encourage and oblige software developers to make their products accessible.

“People are not ill-intended. They just have no idea what they’re doing. And it’s because the educational material and the guidelines are so daunting. They’re not human readable and therefore scare us. Fear, uncertainty, and doubt turn people away from doing the right thing.”

She says Stark is striving to do its fair share toward creating a better world for people with disabilities by optimizing the workflow through intelligent automation that results in significant time and cost savings and reduced financial and legal risks for companies.

“And the most important part is that they have a product that can be used by everyone,” Cat noted, adding that raising awareness about accessibility in software design is high on their agenda.

“Our goal is to educate leaders, stakeholders, and decision makers. But we started with the bottom-up approach because we know it’s easier to approach the actual people that are doing this work. And that’s who needs to understand this most as they are touching the software on a regular basis. Then they can go ahead and defend their actions.”

In her opinion, education helps bring people working in an organization on the same page.

“I want them all to speak the same language. It may be that there’s different dialects happening in the organization, but I can understand a different dialect. If we’re speaking a completely different language, we’re in trouble. The hope is that we end up changing the language used around this by giving them the right educational material, resources, and technology to do so.”

Stark’s CEO maintains that having conversations about this matter on big stages and with executives can also go a long way as it can educate and enlighten them.

“But ethics will not change executives’ minds from the very beginning. It just won’t. But when you actually change the law and the law becomes enforced, then you have a very different story.”

And the fact that President Joe Biden has been open about his speech disability ushers in a brighter future for the disabled community in the United States, Cat added.

A brand to love

On the path ahead for Stark, she said one thing they prioritized from the beginning was creating a brand that people could fall in love with.

“Accessibility and beauty are not at odds with each other. And it’s our job as designers to make sure that we find the middle ground where something is both aesthetically beautiful and accessible. And one could argue that it is beautiful because it is accessible and is designed well,” Cat said with a kind of warmth and compassion in her voice that will for sure touch countless souls around the world.

As a wise man once said: “Whatever comes from the heart sits well with the heart.”